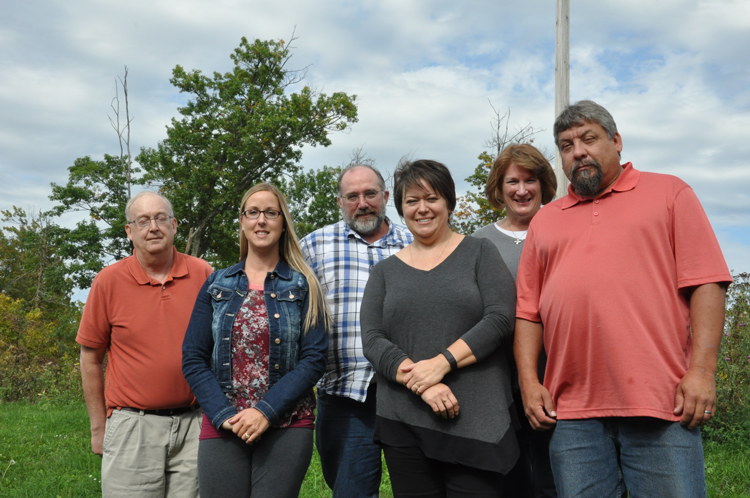 Homelessness is often hidden. On the White Earth Reservation — where one-third of the population is homeless — people without a place to call home don’t sleep on sidewalks or in abandoned vehicles.

“We tend to not kick our people out on the street,” says Ben Bement, Director of Human Services for the White Earth Nation. Instead of going outside, people crowd together in homes meant for far fewer residents.

“It’s not uncommon in White Earth to find a three-bedroom house with about 18 people living in there,” Bement says. “And there are a lot of problems associated with overcrowding. One in three of our kids living in a homeless situation are subject to domestic violence, and one in five are subject to sexual violence.”

According to Dawn Sherk, Economic Development Planning Coordinator for the White Earth Nation, many homeless community members find shelter with relatives. “You find hidden homelessness on a lot of reservations because folks are camping on the couch at their sister’s mother’s aunt’s place,” Sherk says.

Sherk and Bement, along with four other members of the White Earth Nation (pictured above), formed a team to address homelessness in their community as part of MHP’s first-ever Native Communities Development Institute, an 18-month peer-to-peer learning program focused on building project management and community development skills. The team chose to build a supportive housing complex with a “housing first” approach. 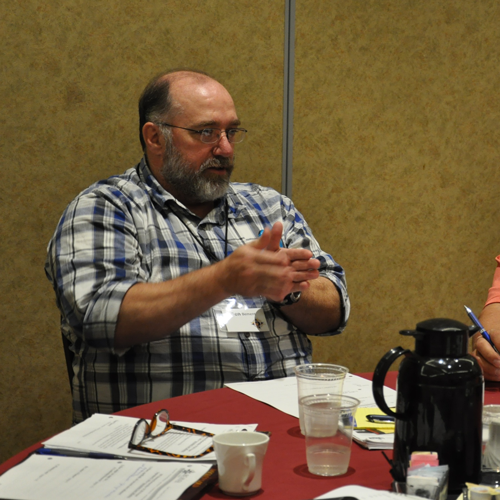 According to Bement (pictured right), the “housing first” approach is simple. No matter an individual’s background or familial status, the first priority is to provide that person with housing. This philosophy places few restrictions on requirements to qualify for housing to ensure that community members don’t fall through the cracks.

Team member Liz Foster-Anderson, CEO of White Earth Enterprises, explained that, over the course of her career, she’s seen firsthand the need for a housing first approach. While White Earth has some homelessness programs, these programs target specific populations, such as single parents, people without chemical dependency or a criminal record, or people who are employed.

“I spent a greater share of my career working with the tribal membership that was single and didn’t meet the definition of help,” Foster-Anderson says. “A year ago, I got a call [from someone who] said, ‘Hey Liz, I’ve got somebody sleeping on a loading dock, seriously, what can you do? Can you figure out how to get them a room at the casino?’”

Foster-Anderson reserved a room for that person at the casino for two nights, and paid for it with money from her own pocket. That individual faced several barriers to securing housing because they had a criminal record and no job — two common barriers to securing safe and stable housing in the White Earth community.

For struggling community members, providing a stable home is the first step toward a better future.

“In order to move forward, you really need a place to call home,” Bement says. “That’s what motivates me is this dream of giving a person a place to put their head down; someone who wouldn’t normally find housing because of their criminal record, because of their track record, maybe because of their drug abuse, maybe just because they’re homeless and there’s not a lot of options out there for them. Let’s give them an opportunity for a place so they can grow and stabilize — and that’s success.”

The White Earth housing first complex will include a range of individualized supportive services including case management services, mental health support, chemical dependency interventions, home health care and more. The team envisions a building comprised of two arms of efficiency units joined in the center by a community gathering place. Currently, the team is identifying a site for the complex and hopes to submit an application for Minnesota Housing Finance Agency funding in 2018.

Foster-Anderson says NCDI helped the team narrow their focus when choosing a project.

“I truly believe if we didn’t have this Institute, I don’t think we’d be focusing on this project — even though we know the need is there,” Foster-Anderson says. “I think we’re all so busy with other priorities that if you hadn’t brought us to this table, I’m not sure when this project would have been considered, even though the need is substantial.”

Bement said that working with a team has been one of the most beneficial aspects of the NCDI experience, and is impressed by the commitment and drive of his teammates, who go above and beyond their daily duties to work on the supportive housing project.

“This is not our full-time job,” Bement says. “This is something extra. It’s a big learning curve when it comes to supportive housing and development, so it’s a benefit that we have a team working on it. It’s not just myself doing it.”

Bement knows this type of project is possible. Eight years ago, he developed Dreamcatcher Homes in Ogema, Minnesota, the first permanent supportive housing complex for Native Americans on tribal lands. And in 2014, he helped develop a second complex in Naytahwaush — Giwanikimin, which means “we live in harmony” in Ojibwe. Each development has 20 townhomes and a community center designed to look like a house. Bement explained that it’s easier to coach and guide residents over a cup of coffee or while making muffins — and he wants to bring the same community feel to the complex he and NCDI team develop.

Bement is already looking ahead to what’s next for him and for his teammates after they finish their NCDI project.

“The thing I’m most excited about is having the team look at how to do this so that they can do it again,” Bement says. “Rather than just one person creating a couple projects or something like that, you have a team that can go at it and say, hey, we could tackle this. I think it’s very very promising.”