“The Gap” in Affordable Housing in Minnesota 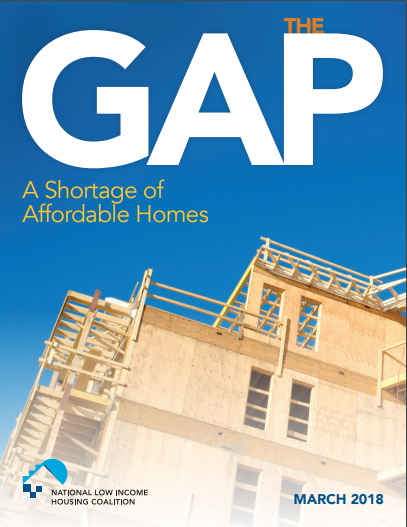 According to the report, which relies on 2016 ACS PUMS data, 43 percent of all renters in the Minneapolis – St. Paul – Bloomington metro area are cost burdened (paying more than 30 percent of their income on housing) and 22 percent are severely cost burdened (paying more than half of their income on housing).

Those numbers are even more stark for extremely low-income (ELI) families. More than 107,500 households earn less than 30 percent of area median income (AMI), or less than $25,750 for a family of four. A striking 78 percent of households in this income bracket are cost-burdened, with 63 percent paying more than half of their income on housing. 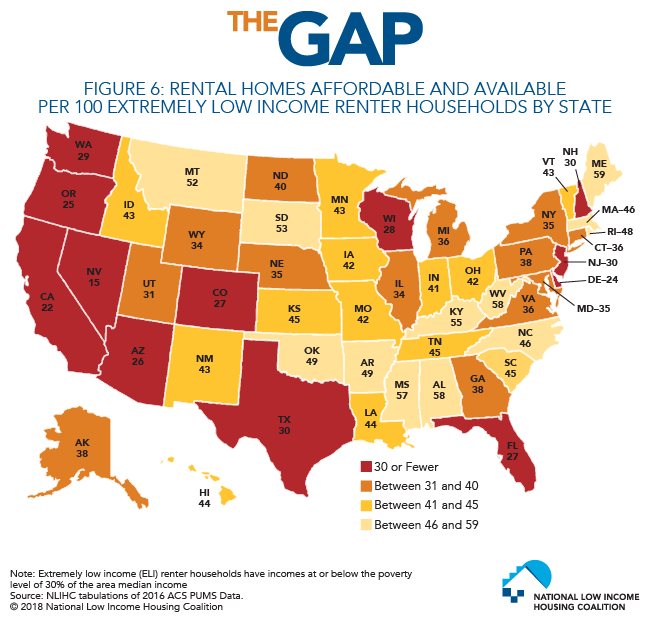 Not surprisingly, households earning less than 30 percent AMI face extreme challenges in finding affordable housing options. In the Minneapolis metro area, there is a deficit of nearly 65,000 affordable and available housing units for ELI households. While Minneapolis ranks in the top 10 in the nation for metro areas that have the least severe shortage of affordable housing, there are still only 40 affordable and available units for every 100 ELI households that need them. Meanwhile, there is an excess of 6,220 units available to those earning at or above the area median, or $85,800 annually.

At the state level, there are 161,286 extremely low-income renter households, with 78 percent experiencing cost burden, and 62% paying more than half of their income on housing. For extremely low-income renter households, there is a deficit of 92,439 affordable and available units across the state; in contrast, for those at or above median income, there is a surplus of 12,438 units. Many of these ELI renters are among our most vulnerable populations: 27 percent are disabled and 30 percent are seniors. 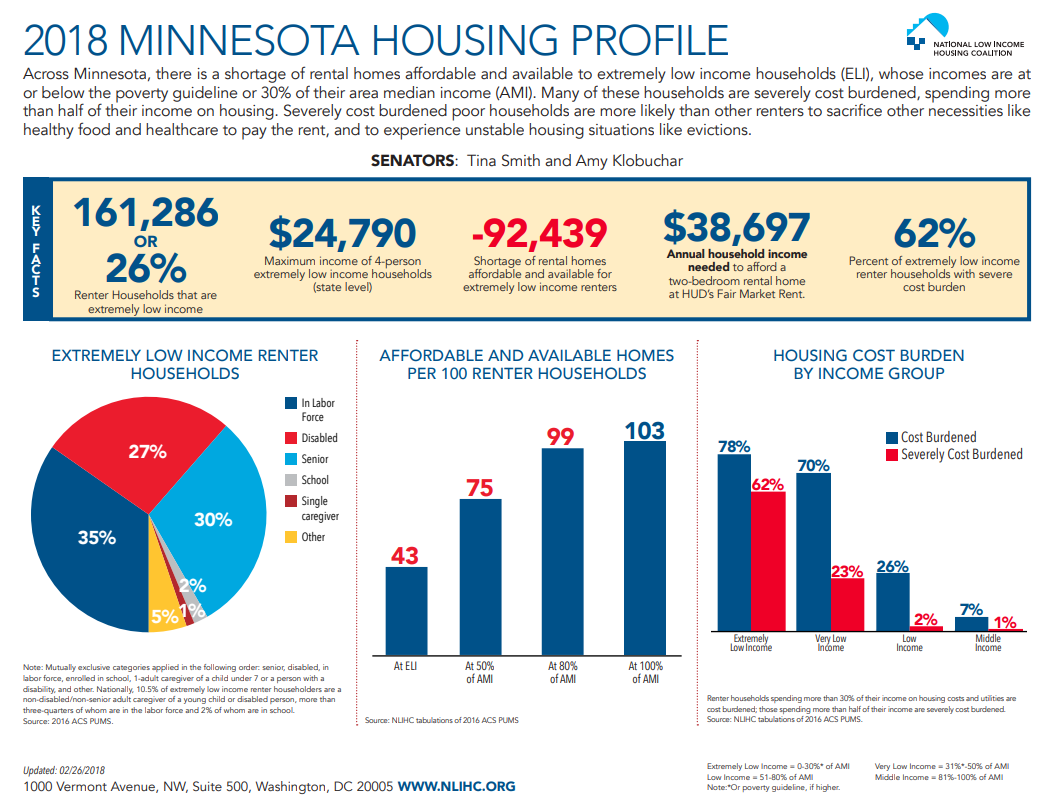 While progress has been made in addressing the gaps of housing for households at the 50 and 60 AMI levels, more resources and tools are urgently needed to address the shortage of housing for ELI households. Especially as unsubsidized rental housing is moving out of affordability for many low-income renters, robust rental assistance programs and the creation of more deeply affordable housing are essential to providing adequate housing to sustain our local economies and provide for our most vulnerable populations like seniors and people with disabilities. Commitment to capital investments and federal funding are vital to protecting affordable housing and the overall health of our communities, as well as new, sustainable solutions at the state and local level.

Click here for more information on the NLIHC’s The Gap report.