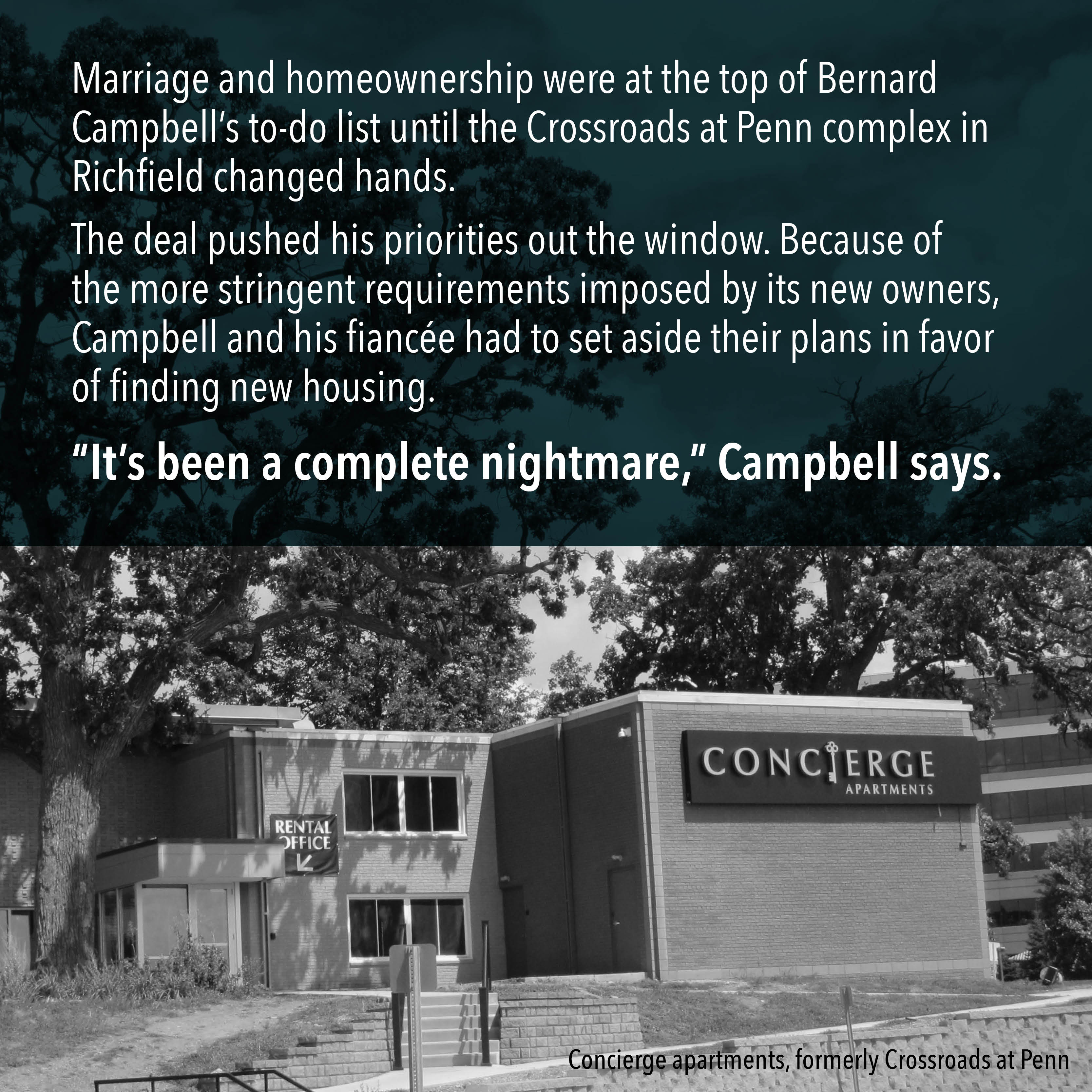 Last week, MHP released a new report examining more than 1,000 apartment property sales in the Twin Cities region over the past decade. Sold Out reveals that a hot rental market is putting many metro renters at risk of displacement — and includes the experiences of renters like Bernard Campbell, a former tenant of the Crossroads at Penn (now Concierge Apartments) in Richfield.

Marriage and homeownership were at the top of Bernard Campbell’s to-do list until the Crossroads at Penn complex in Richfield changed hands.

The deal, he said, pushed his priorities out the window. Tripped up by more stringent requirements for renters at the complex, imposed by its new owners, Campbell and his fiancée had to set aside their plans in favor of finding new housing. Now, they’re trying to be patient while they reconfigure their future together.

Campbell works a registration job at a local health care provider and earns enough to cover higher rent, especially with his fiancee’s income lumped in. But his credit score falls short of the 625 mark imposed by the new landlord.

Stiffer credit requirements aren’t uncommon when new landlords take over with plans for big changes. But for Campbell and his fiancee — and others like them — the measure means the difference between keeping their home and having to leave it. 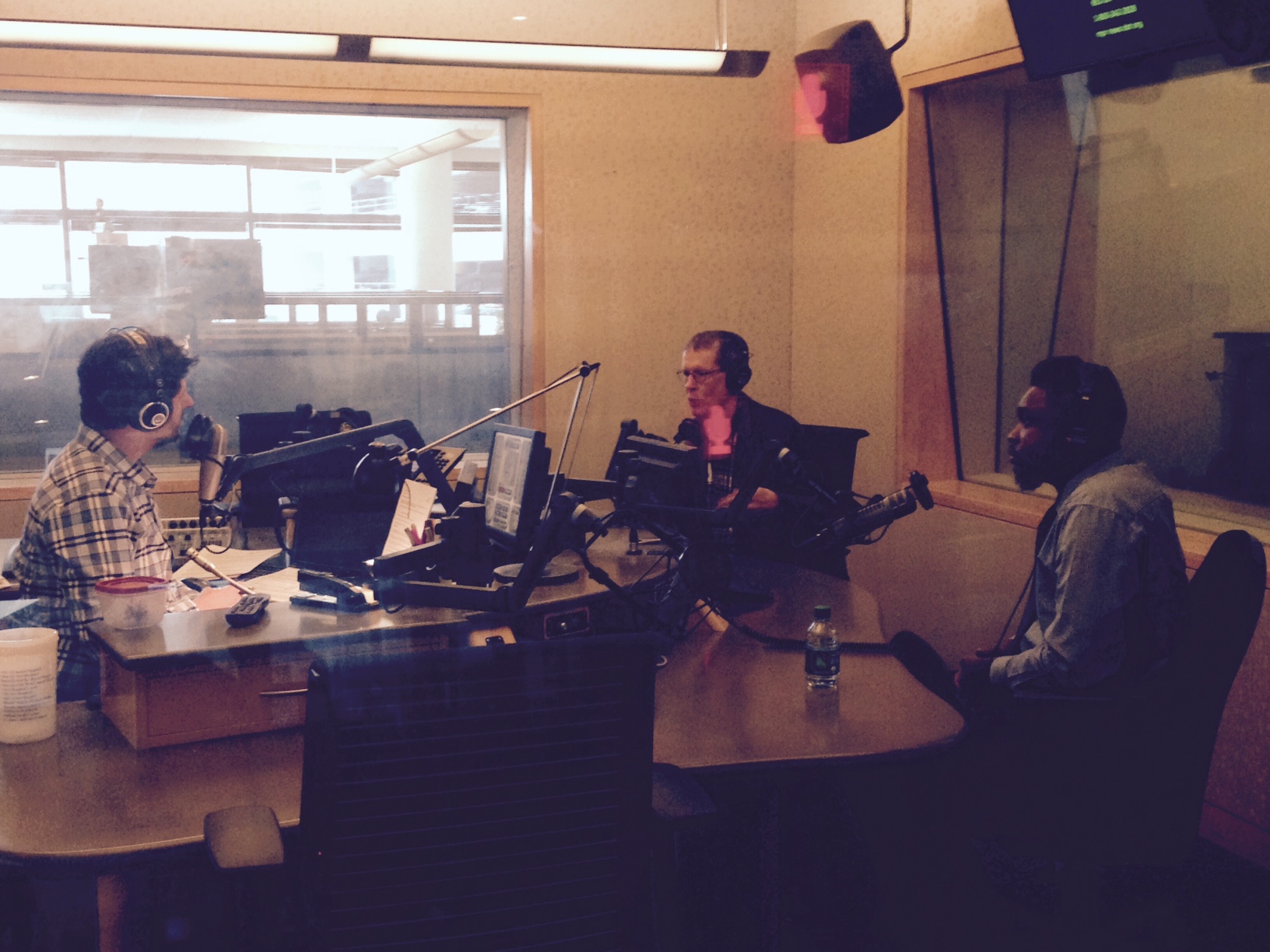 Bernard Campbell, pictured right, joined MHP for a conversation about the Sold Out report on MPR news. Click here to listen.

Looser credit standards under the complex’s former ownership provided an important gateway for Campbell to rebuild his credit. The way he had it figured, he would be able to afford a wedding early in 2017, and shore up his finances enough to buy a home soon after that. “Now we have to worry about this,” he said. “It’s just really, really, really frustrating.”

Credit problems complicated the search for another apartment. The high-demand Twin Cities rental market didn’t help — Campbell and his fiancée began looking in earnest for a new apartment in April, but they only received good news in mid-July. Their Crossroads lease ran through August, doubling their rent for the month.

The new place is in the same general area, but it’s further from bus connections Campbell relies on. The rent, at about $900, is heftier. Plus, every rejected application from the hunt that included a credit check knocked down his score even more.

For Campbell, the past several months have brought a seemingly never-ending series of hurdles. Even a year after the Crossroads upheaval started, he’s still straining to keep up.

“I’m trying to make sure everything is where it’s supposed to be,” he said, “but something like that is like a blow to the stomach. It kind of makes you question, ‘What am I doing wrong? Am I a bad person?’”