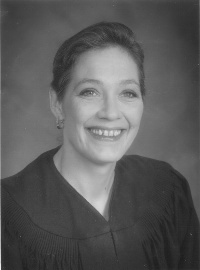 The impetus for the Solace Apartments came from an unlikely champion.

Three years ago, the Honorable Allison Krehbiel raised the alarm. The Judge for the Fifth Judicial District Court in Nicollet County (pictured right) was watching rehabilitated residents exit the criminal justice system and enter a housing market that made it nearly impossible for them to find a home.

With virtually no vacancy in the primary cities of St. Peter and Mankato, people with criminal backgrounds simply couldn’t compete. Instead, they ended up couch surfing or living in their vehicles, creating unstable lifestyles for their families and, all too often, paving a direct path to recidivism.

Krehbiel knew something had to change — and fast. So she contacted Rick Goodemann, CEO of Southwest Minnesota Housing Partnership.

“Judge Krehbiel asked me what I intended to do about this problem,” Goodemann recalls with a laugh. “That’s how it started.”

Three years later, that call to action has resulted in Solace Apartments, 30 units of affordable housing with supportive services for people at high risk of homelessness who have mental health and/or substance abuse challenges. While the vision is far from complete, last month the ground-breaking project in St. Peter received $6.7 million in funding from the Minnesota Housing Finance Agency. Adding shine to its award, the project secured the state’s first allocation from the National Housing Trust Fund — and is being heralded as a national model already.

Like so many successful projects, Solace grew from strong collaboration. Diverse stakeholders in Nicollet County recognized that people with criminal backgrounds and substance abuse issues are among the hardest populations to house. And they also understood that ignoring the challenge impacts the entire community.

“These families are failing, because they don’t have stable housing,” Goodemann says. The school district suffers, because children bring their stress from the homefront into the classroom. When residents miss medical or counseling appointments, taxpayers often pick up the tab for high cost of emergency room visits. The community peace is compromised when personal crises lead to police calls and, ultimately, the criminal justice system is burdened when ex-offenders cycle back into the system.

So Judge Krehbiel wasn’t the only one who saw an urgent need for affordable housing that would serve this population with both long-term shelter and supportive services. The group behind Solace Apartments has included important stakeholders from the county probation, prosecutor, and public defender offices; the public health department and school district; mental health services provider; and the City of St. Peter and Nicollet County commissioners.

“It made eminent sense for everyone to deal with this as a long-term problem,” Goodemann says. “Housing people with criminal background is typically a red flag to bull. But because of the partners at the table, there was no opposition from anyone.”

That didn’t mean Goodemann was without reservations. While his organization has partnership right in its title, this collaboration was different.

“I was a bit apprehensive trying to design by committee,” he says. “But, in this case, where there were a lot of social services being provided, it was an amazingly fruitful process. It offered a voice to a lot of the agencies that don’t normally get into designing a space, which really brought in a new level of commitment.”

Members of the group, with expertise in public health and child development, were able to work with the SWMHP Rose Fellow Architect to create interior spaces and exterior amenities that cater to the needs of families with kids and individuals with mental health and chemical dependency barriers. And, beyond the supportive physical space, Solace includes a wealth of on-site support for residents, including addiction recovery, medical, dental and behavioral health services.

“The Councilmembers are so excited about this latest effort from a number of different perspectives,” says Todd Prafke, City Administrator for the City of St. Peter. “Solace helps people from our very own community and demonstrates a new way of thinking about how and where we provide supportive services and housing with wonderful potential to secure better, more efficient, outcomes. It does all of this while meeting our housing goals and providing opportunity to work with great community members.”

To meet those housing goals, Solace also required that SWMHP reexamine its tenant requirements. “We brought in our property management team and with the supportive services provider worked through what a lease would look like and what kind of handbook we’d have to create, since our typical guidelines would prohibit many people from living in our communities,” Goodemann says.

The effort has already garnered national attention, too. “A lot of people are grappling with this issue,” Goodemann says. “I’ve been talking to groups in San Diego and Boston who are trying to figure out how to deal with these very difficult people to house. This is a model that offers a huge chance of success.”

That national attention has, in part, been made possible by a federal funding source. When the Minnesota legislature failed to pass a bonding bill during the 2016 session, Goodemann was concerned. “I was very fearful that we would not get funded without the bonding bill,” he said. But Solace Apartments did get the dollars it needed — from the National Housing Trust Fund. With it’s first allocation of NHTF funding, the state awarded its full amount to the St. Peter project. 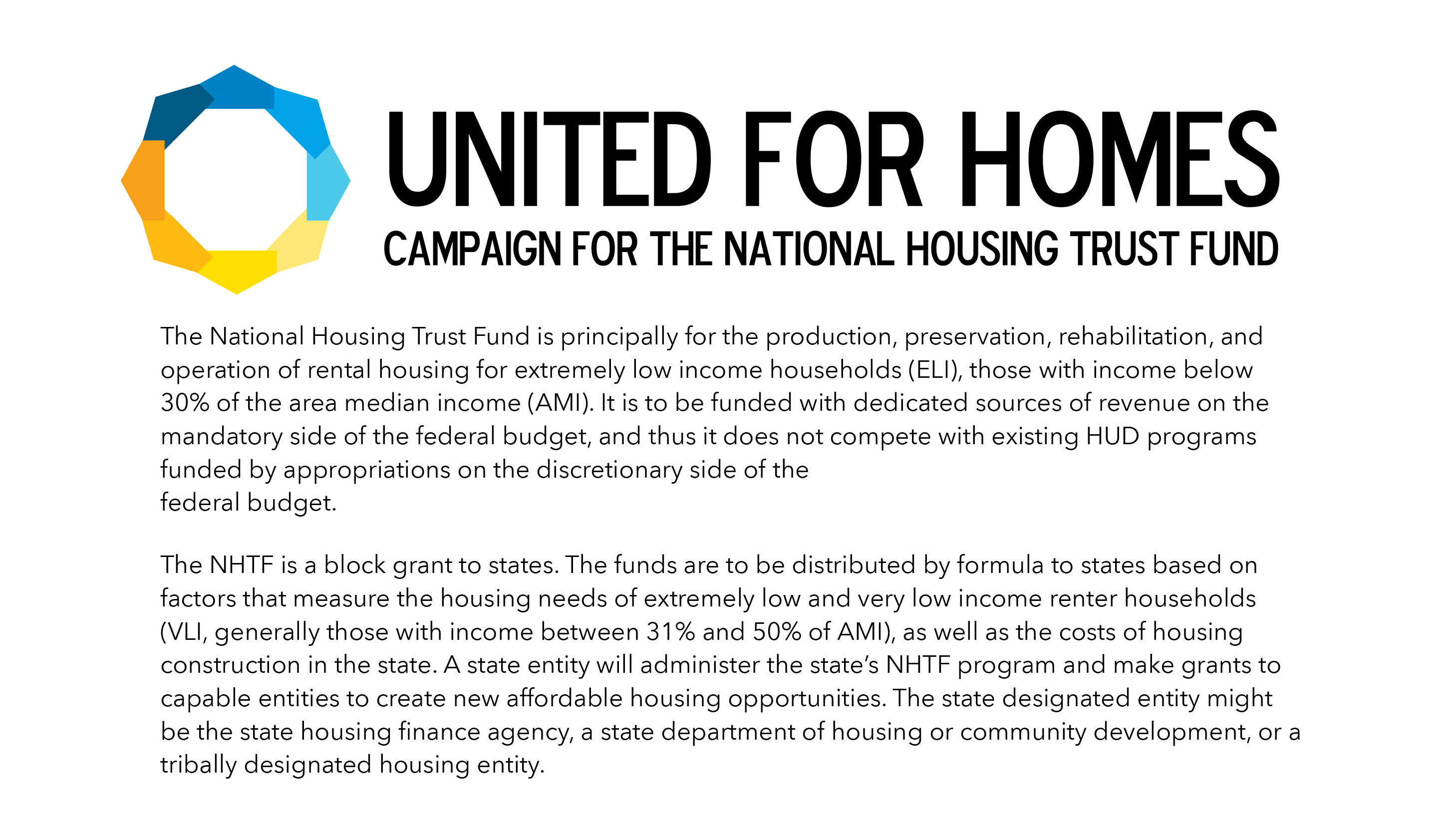 For years, MHP has been advocating for the NHTF through the United for Homes campaign, coordinated by the National Low Income Housing Coalition. “MHP worked on the campaign because there is no dedicated source of revenue for housing,” says Libby Murphy, MHP’s Deputy Director of Policy. “Year after year, HUD’s budget is subjected to the annual appropriations process and advocates work tirelessly just to defend funding for various housing programs. The National Housing Trust Fund is supposed to have a dedicated source of revenue — and it’s the only funding specifically dedicated to the construction and preservation of housing for extremely low-income housing.”

For Judge Krehbiel, meeting those needs is possible when government stakeholders come together.

“The success of this effort demonstrates what a community can achieve through collaboration,” she says. “If city, state and county government work together with community stakeholders, everyone benefits. The goal of this project is not to bring homeless people into our community, but instead to provide homes for the homeless already living here.”

See the full list of projects funded by MHFA in the latest round of awards and learn more about the National Housing Trust Fund.