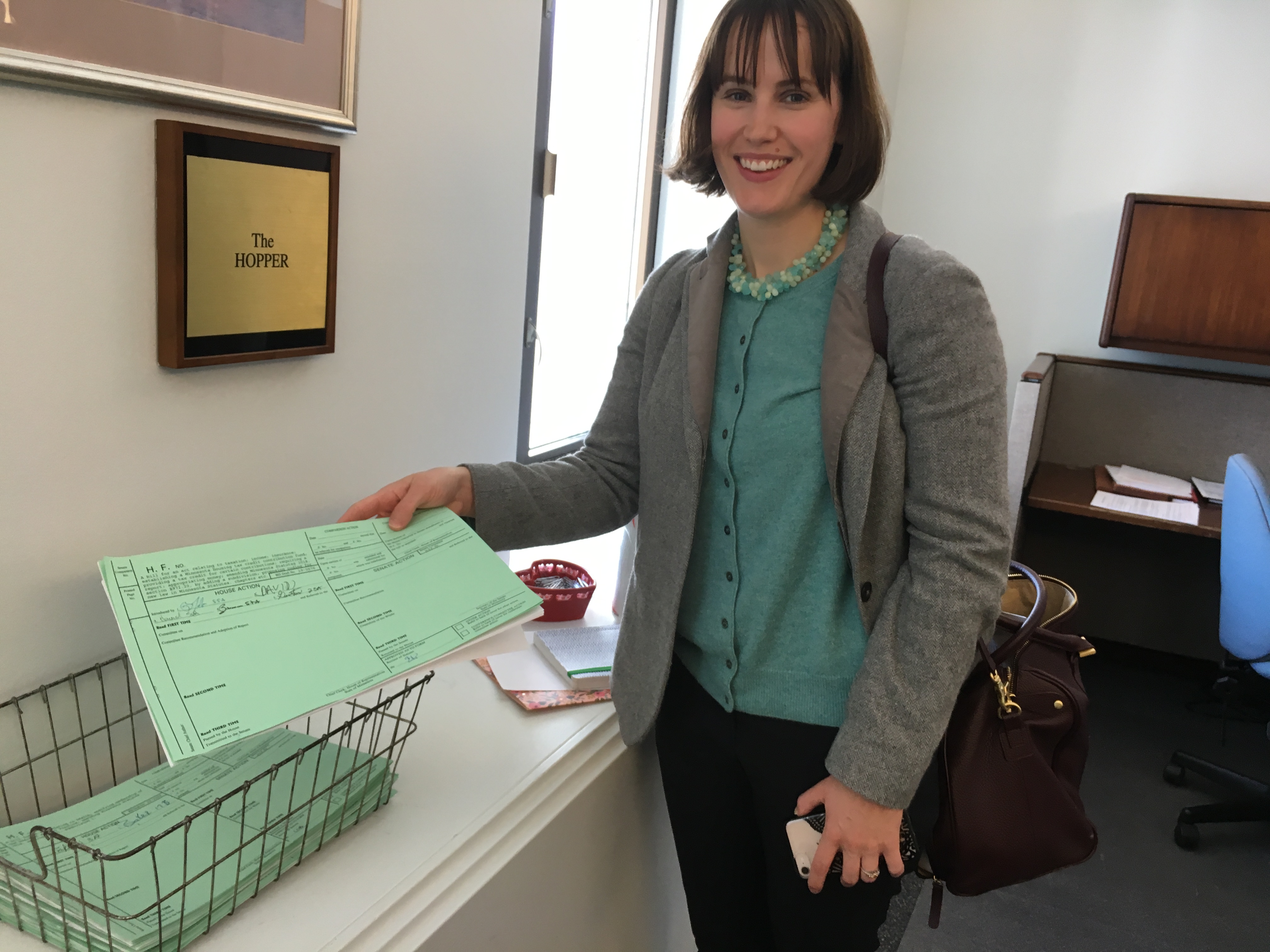 The sixth week of the legislative session was a flurry of activity, as bills were finalized and introduced in order to meet the March 15 deadline for hearing bills in committee.

The Homes for All Coalition package bills have been introduced, including the bill with appropriations requests for programs overseen by Minnesota Housing. MHP has introduced bills for the Tax Credit Contribution Fund for Affordable Housing and the state match for Local Housing Trust Funds.

All eyes are on the Governor’s office, as Governor Walz will release his budget no later than February 19.

Anticipation is also building for the February forecast for state revenues – and it looks like it will not be as positive as reported in December.  The January report from Minnesota Management and Budget states that for fiscal year 2019, year to date receipts are now $12.805 billion, $374 million (2.8 percent) less than forecasted. The forecast will impact the Governor’s budget and budget targets set for committees in the House and Senate.

A House bill, HF1156, has been introduced for the Tax Credit Contribution Fund for Affordable Housing! Our next step is to request a hearing on the bill.

Representative Tabke is a former Mayor of Shakopee, with a keen understanding of housing development from his work experience as a consultant on community development projects and as mayor of a growing city attractive to major employers.

SF1214/HF1151 includes all Homes for All endorsed requests for appropriations to MHFA, including the state match for Local Housing Trust Funds, an increase to the Challenge Program, and support for Homework Starts with Home, a program providing rental subsidies to students and their families to prevent housing instability. Senator Weber and Representative Hausman are respective chief authors.

HF494/SF82 would implement residential landlord notice requirements for intention to quit or a rent increase specified.

Be part of the action on February 20 at 8 am in Room 200 of the State Office Building for a hearing of the Housing Finance and Policy Division. The committee will hear a presentation on Governor’s Budget Proposal, HF 494 (Dehn), which provides a time period for notice to quit or pay rent, and HF 495 (Noor), which amends residential lease requirements.

Last week, we reported the 2019 committee deadlines. Lawmakers, staff, and advocates are working furiously to meet the first deadline on March 15.

In addition, in an attempt to avoid the annual end-of-session scramble, Governor Tim Walz, House Speaker Melissa Hortman, and Senate Majority Leader Paul Gazelka have agreed, in a signed letter, to additional objectives: