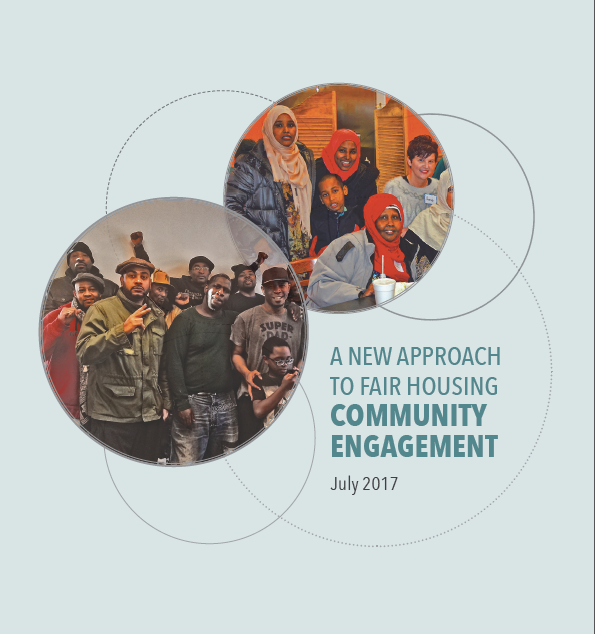 What leads to effective participation in fair housing planning by people most impacted by that planning, particularly communities of color?

A new report from MHP outlines how a recent Twin Cities engagement process could serve as a model for other jurisdictions as they plan their community participation required under the new federal fair housing rule.

In February 2016, the Department of Housing and Urban Development requested that Minnesota Housing Partnership (MHP) facilitate the creation and work of a fair housing advisory committee — a step called for under an agreement to settle a fair housing complaint against the cities of Minneapolis and St. Paul. Under the multi-party agreement, the cities were to revise their fair housing Analysis of Impediments (AI) through an addendum assessing the existence of segregation within the Twin Cities, and identifying recommendations for supporting racial integration.

To HUD, the addendum was important to achieve a resolution to the complaint, and to improve on past AIs submitted by the HUD grantees in the Twin Cities metropolitan area. It also viewed the work of the committee as an important demonstration of a new approach to community engagement in fair housing planning. This was important as HUD had concerns that populations most directly impacted and intended as the beneficiaries of the Department’s funding were not engaged in the planning process.

The drafting of an addendum to the Twin Cities’ regional AI came at an important juncture in the evolution of fair housing work across the county. In 2015, HUD finalized its rule clarifying what is required of its grantees to meet their obligation of “affirmatively furthering fair housing” (AFFH). By law, the fair housing affirmation is required of jurisdictions that access community development funding from HUD.

With the new fair housing rule HUD prescribed a planning process, the Assessment of Fair Housing (AFH), their grantees must follow before they can affirm that they are furthering fair housing. In their assessments, HUD grantees must report on their types of outreach activities and dates of public hearings or meetings. Local knowledge must also be included in the AFH. This includes information gathered through the community participation process.

To inform this shift to the Assessment of Fair Housing, HUD looked for lessons learned in the Twin Cities preparation of the addendum to the region’s Analysis of Impediments to help other jurisdictions expand community participation as they prepare their fair housing plans. 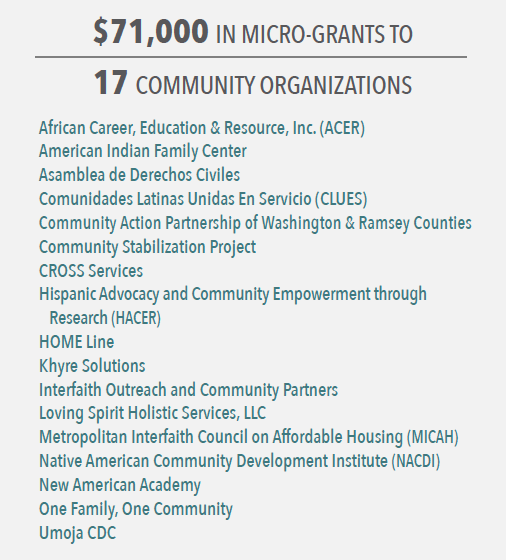 The Twin Cities model had two major components: A staff/consultant-supported committee of stakeholders; and funded, community-led outreach and interviews. While this engagement process  was expensive and time consuming, we believe that it resulted in a significant increase in participation by communities of color.

Some of the key observations learned, highlighted in the report, include:

– To the extent possible, the engagement process should not be a top-down imposition. The process should build on dialogue, language and perspectives already existing within the communities the jurisdictions hope to reach.

– These communities need to know what they are getting in return for their participation. The outcomes from the engagement and government accountability need to be stated as clearly as possible, while recognizing the political context of a given jurisdiction’s fair housing planning.

– The community engagement micro-grant program provided resources to organizations closely connected to low-income populations and communities of color to gain those communities’ expertise on issues related to fair housing, including discrimination, housing choice, displacement and segregation. Those community views — obtained through 17 micro-grants — informed the drafting of the AI addendum.

– The Twin Cities local governments responsible for preparing the AI addendum found the community engagement process to be groundbreaking in its depth and breadth of participation. The fair housing advisory committee enabled an exchange of viewpoints of stakeholder groups whose views varied on the importance of mobility versus place-based strategies in advancing racial equity and fair housing. Through the micro-grants the government agencies heard from low-income individuals and people of color, perspectives underrepresented in previous AIs because outreach strategies such as public hearings and citizen surveys were ineffective at reaching these communities.

The Twin Cities experience provides a model for governments who hope to facilitate a deeper conversation about discrimination and racial disparities, and bring new community voices to the development of a fair housing plan.