Out of Reach, produced annually by the National Low Income Housing Coalition, looks at the gap between what rental housing costs, and what renters earn. This Minnesota report is produced by the Minnesota Housing Partnership using the national Out of Reach data. In 2015, there are no Minnesota counties in which one-bedroom apartments are affordable to minimum wage earners. Two-bedroom apartments are also unaffordable to many renters. Minnesota is among the worst in the Midwest for rental affordability.

For 2015, the Fair Market Rent (FMR) for a two-bedroom apartment in Minnesota is $894. In order to afford this level of rent and utilities – without paying more than 30% of their income for housing – a family must earn $35,767 annually. This requires working 40 hours/week year-round at the Housing Wage of $17.20.

Yet the median household income for Minnesota renters, which is $32,716, is equivalent to a single full-time worker earning only $15.73 per hour, year round. 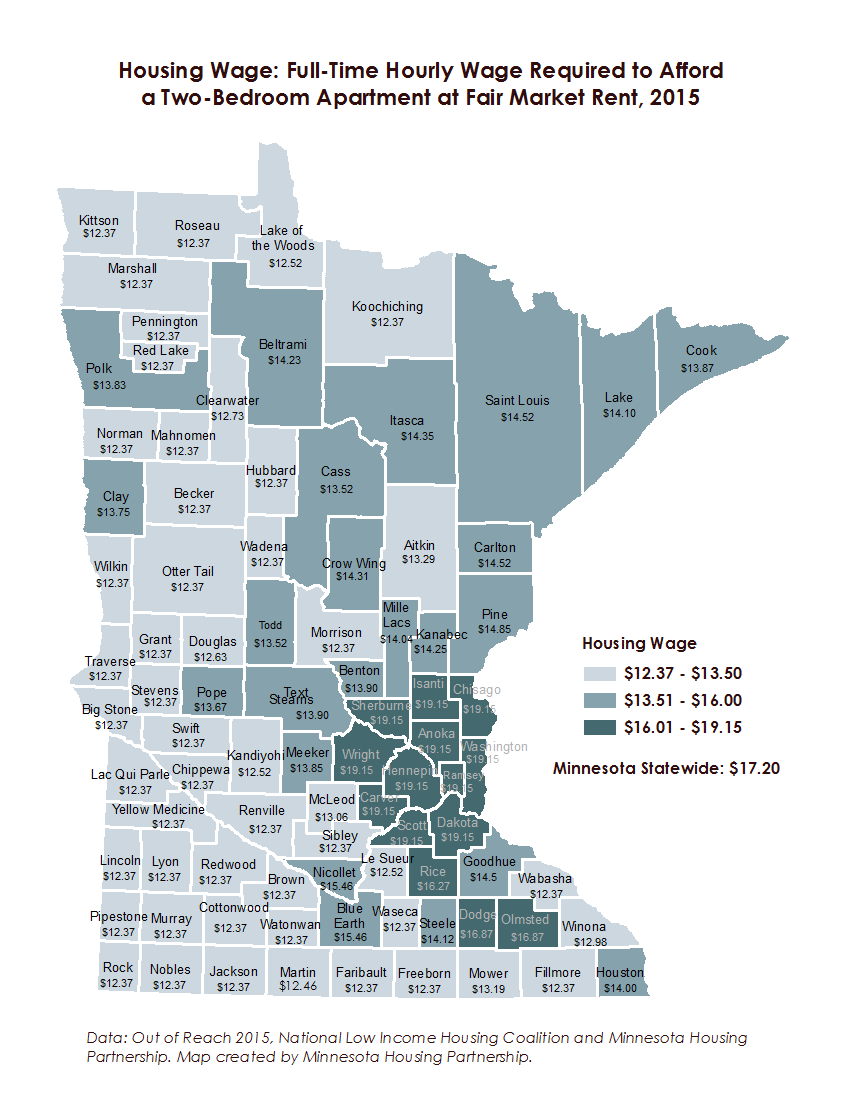 Even a median income renter household falls short of being able to afford a modest two-bedroom apartment, on average. People with disabilities living on SSI and other low income people cannot afford even a one-bedroom apartment.

One-bedroom apartments: Out of reach to minimum wage workers 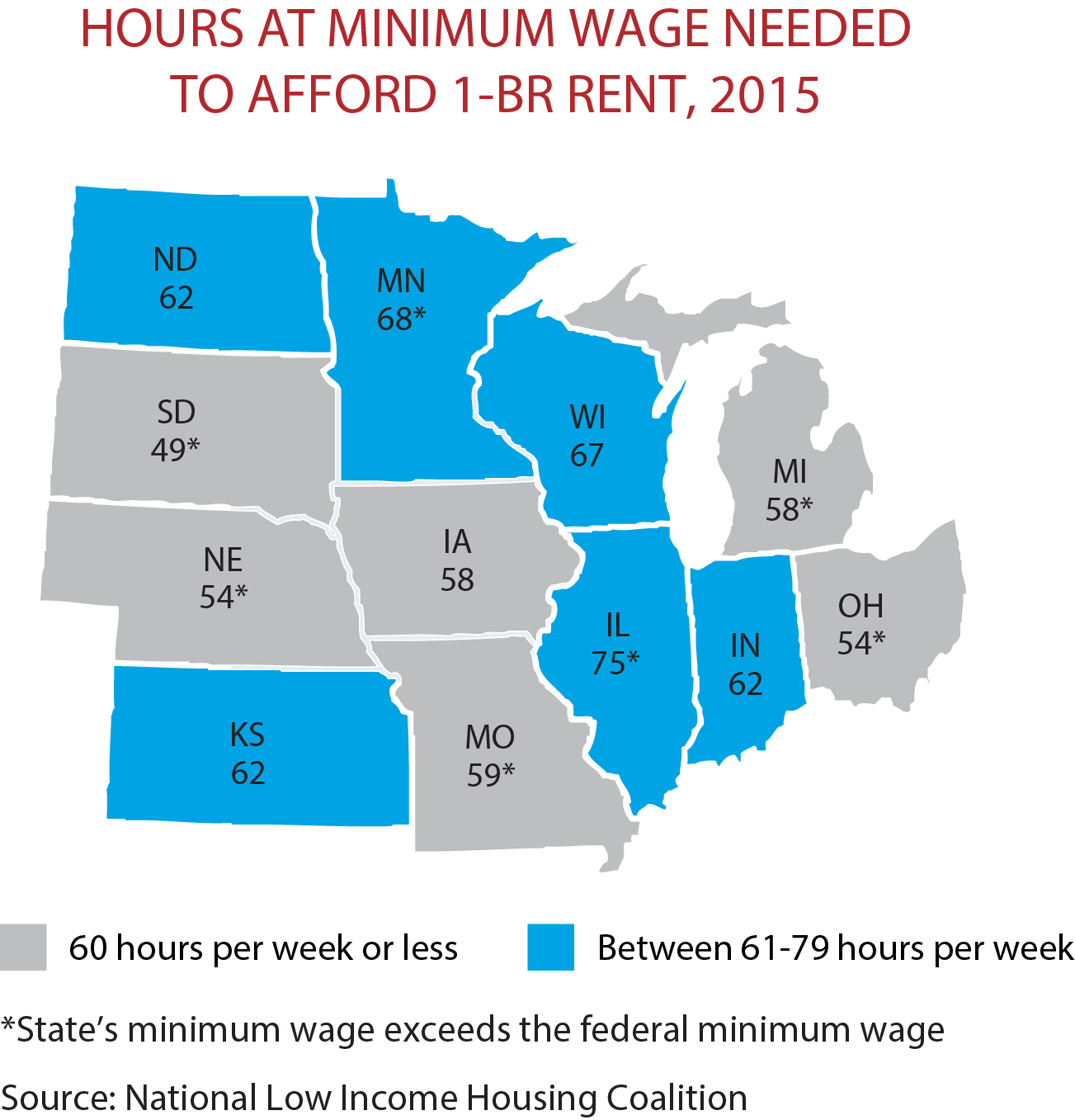 For Minnesota’s counties, to afford a one-bedroom apartment at the fair market rent, minimum wage workers would need to work between 46 and 77 hours per week. 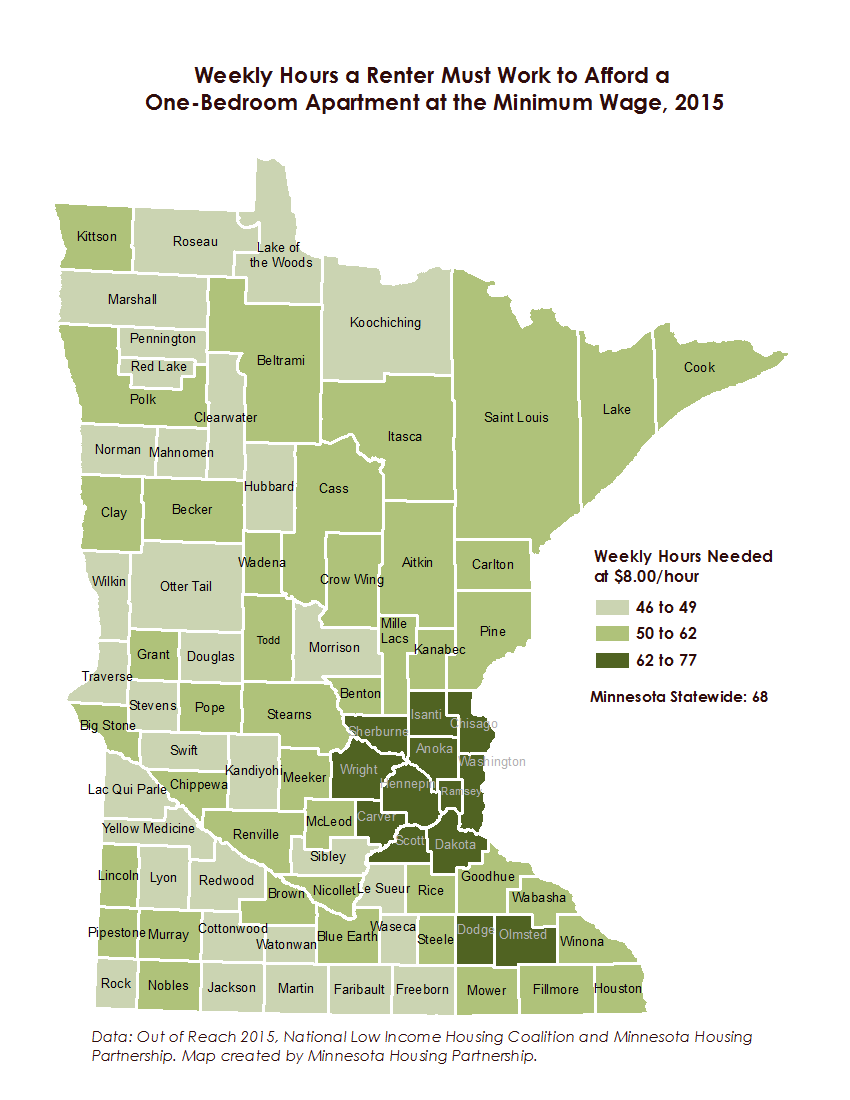 See TABLES in the FULL MN REPORT and the NLIHC Out of Reach website for additional information about Minnesota’s rental affordability by county and metro area. 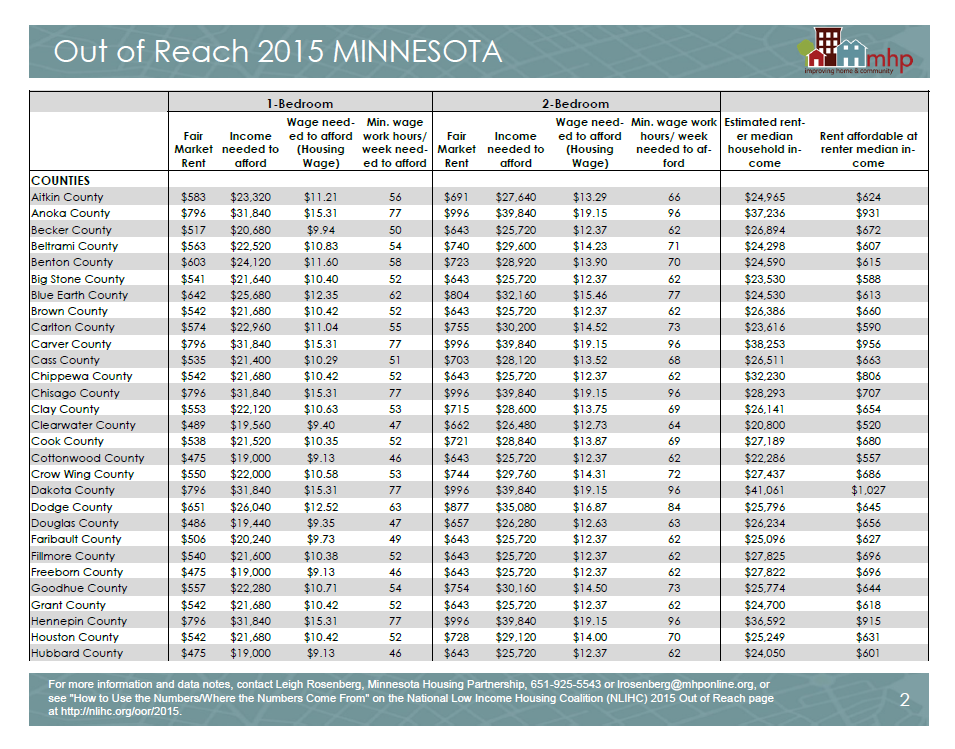 For more information and data notes for Out of Reach, contact This email address is being protected from spambots. You need JavaScript enabled to view it. or 651-6491710, or see "How to Use the Numbers/Where the Numbers Come From" at the National Low Income Housing Coalition (NLIHC) 2015 Out of Reach.