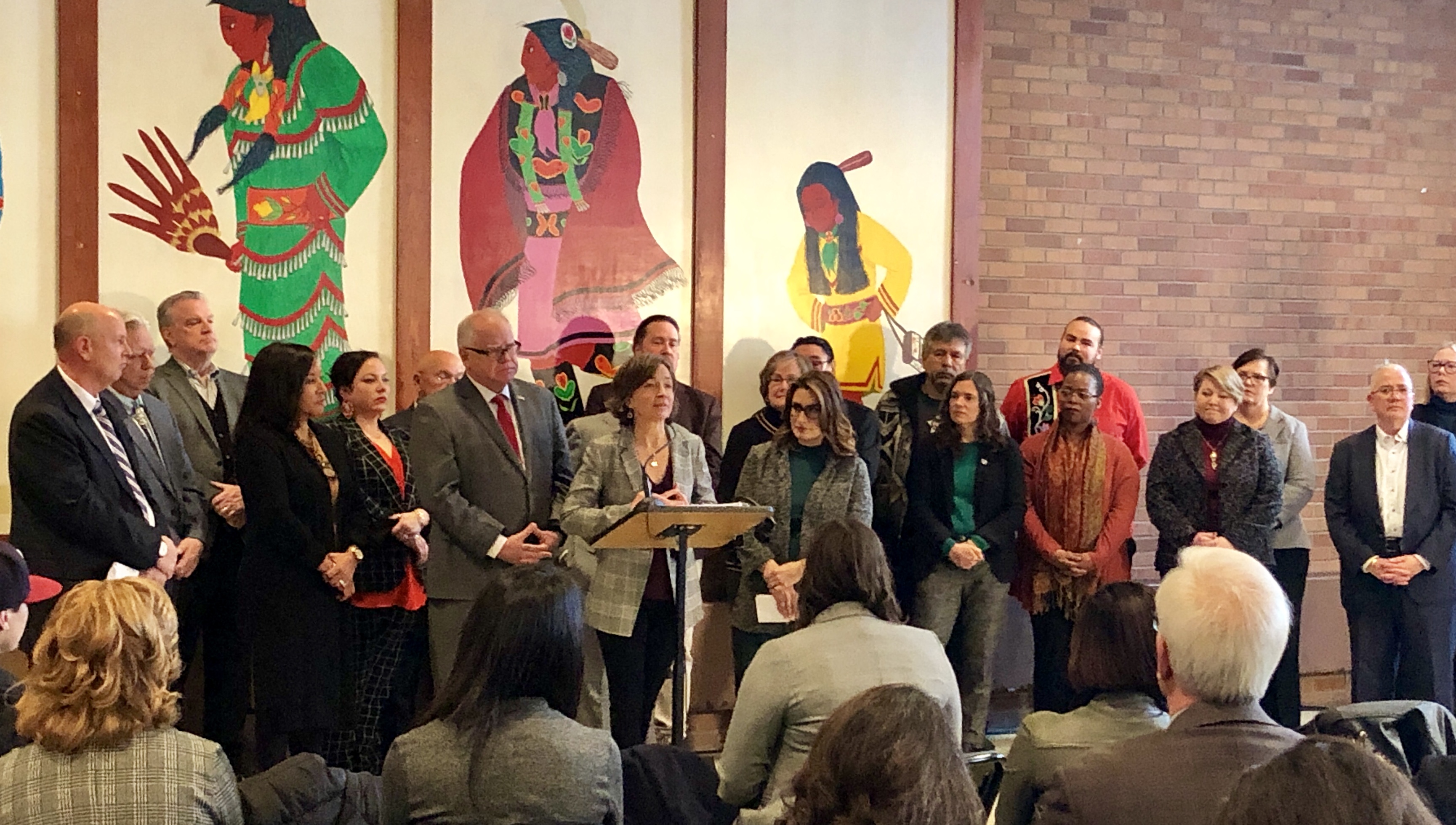 “This is a call to action,” Flanagan told the crowd of reporters and advocates. “It is completely unacceptable to the governor and to me that anyone is sleeping outside, especially at this time of year.”