Minneapolis School Board Voted Unanimously to Endorse United for Homes and H.R. 1213

At its December 10 meeting, the Minneapolis Public School Board voted unanimously to endorse H.R. 1213, the Common Sense Housing Investment Act, introduced earlier this year by Representative Keith Ellison, and United for Homes, which is the National Low Income Housing Coalition campaign that supports the bill.

The resolution cited the growth in the Minneapolis Public Schools’ population of homeless and highly mobile students over the past year – an increase of 22% from September 30, 2012 to September 30, 2013. The district, which totals 39,000, has about 4,000 students who are homeless or highly mobile, the highest of any school district in Minnesota. 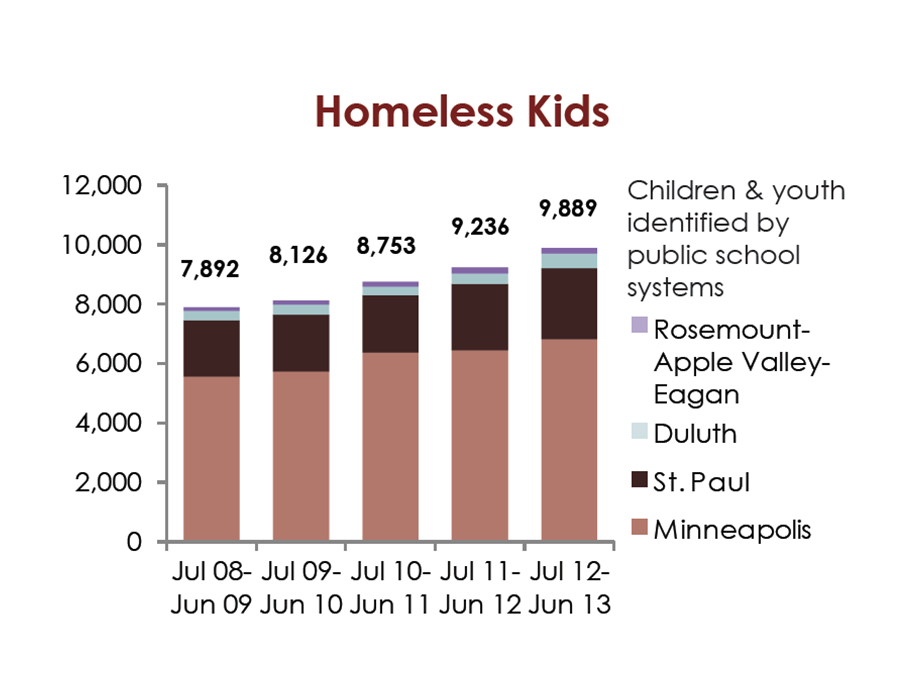 In the resolution, the Board also cited the research of Dr. Ann Masten at the University of Minnesota Institute for Child Development demonstrating the negative impact homelessness has on the academic performance of Minneapolis children.  “Two major messages have evolved from this research,” says Elizabeth Hinz, District Liaison for Homeless and Highly Mobile students.  “One of the most important is the astonishing variability in reading and math test scores . . . among Homeless and Highly Mobile students. The majority are below the national norm, but many shoot high above the norm, indicating that individual attention offers real promise.”

Hinz emphasizes the importance of stable housing for students to get individual academic attention. Stable housing helps students attain more school and life success as individuals, and also helps the state close its achievement gap. “Kids who face these particular challenges cannot be stereotyped. The research reinforces our argument against those who would say they need a particular curriculum or treatment. They are not special-needs students. They need stable housing.”