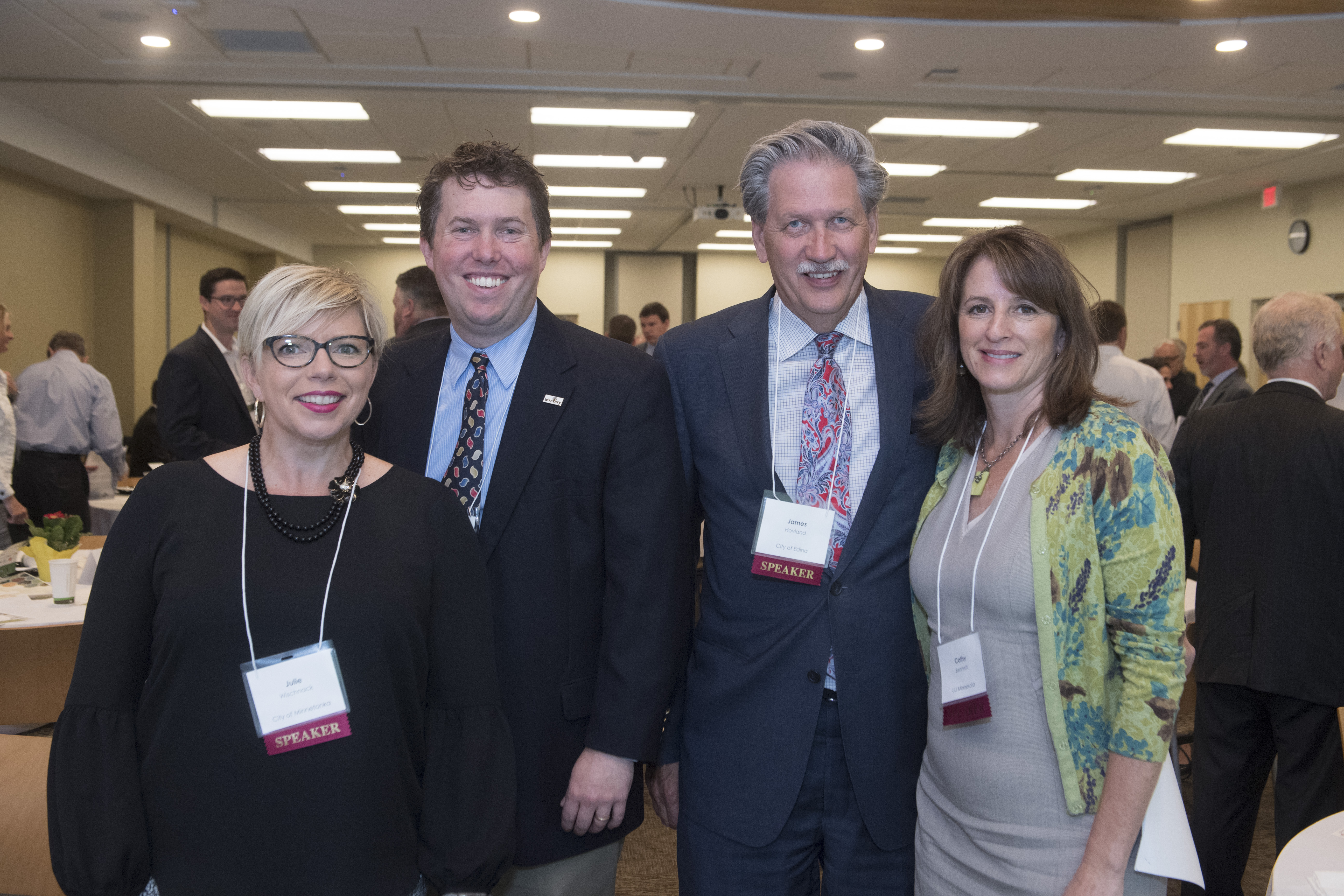 On May 17, Investors Council members and guests convened to discuss how cities are stepping up to support affordable housing development. Nearly 100 attendees learned about regional trends and progress made by the cities of Woodbury, Minnetonka, and Edina.

Cathy Bennett of the Urban Land Institute of Minnesota (ULI MN) and the Regional Council of Mayors kicked off the event with a regional overview (pictured far right). A panel discussion followed with insight from (pictured from left) Julie Wischnack, Community Development Director in Minnetonka; Karl Batalden, Housing and Economic Development Coordinator in Woodbury; and Jim Hovland, Mayor of Edina.

Bennett explained that more and more cities are realizing that the creation of quality affordable housing is “critical to the economic competitiveness of the region.”

According to Bennett, the Metropolitan Council estimates that 20 communities in the Twin Cities metro region have implemented affordable housing policies, many of which are triggered by financing mechanisms. For example, Minneapolis utilizes public finance, city subsidy, mixed income, and housing assistance policies, along with density bonus and planned unit development measures, to create affordable housing. 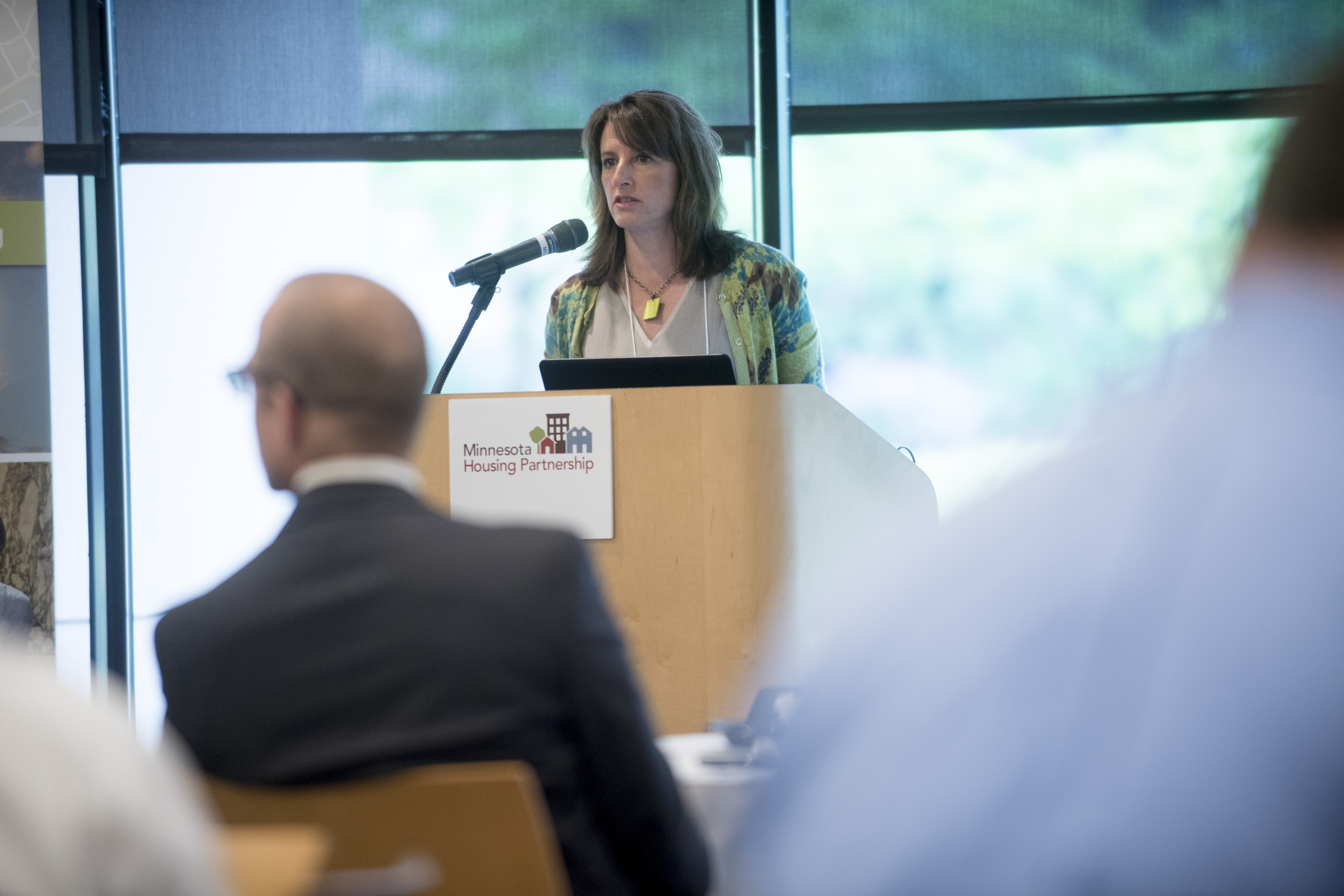 Wischnack said that Minnetonka is making an effort to visibly and effectively prioritize affordable housing development in the community. “I suppose [Minnetonka] doesn’t scream affordable housing,” she said. “We’re trying to change that perception.”

According to Wischnack, Minnetonka has been making progress toward the creation of affordable housing for decades. Thirty years ago, Minnetonka started the region’s first community land trust, “Homes Within Reach.” Since then, the city has utilized approaches like planned unit development to create affordable senior housing and is currently exploring new strategies such as tax increment pooling. 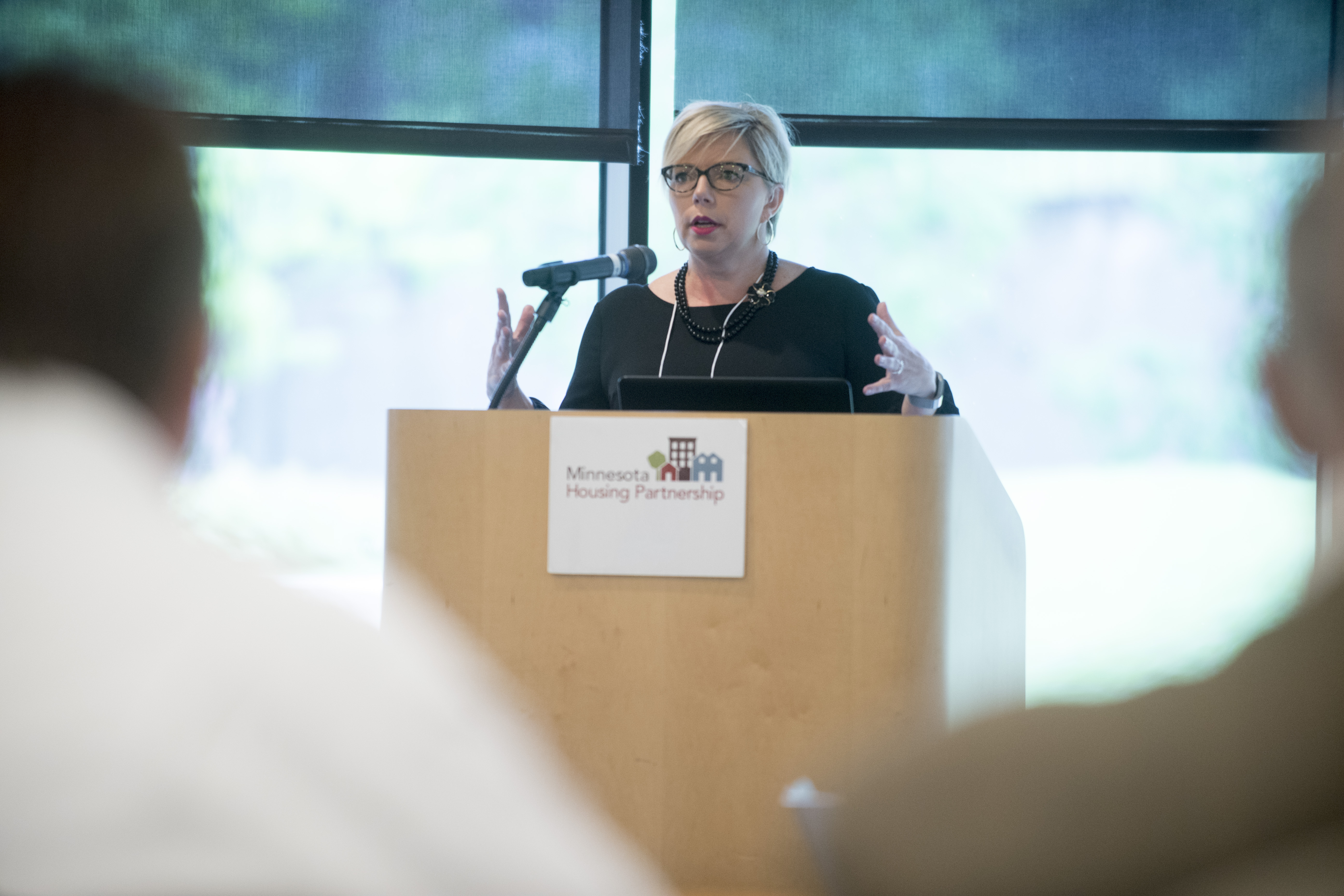 Batalden explained that, in Woodbury, affordable housing has been part of the land use plan since the late 1970s. “We’ve wanted to have a diversity of housing stock since day one,” Batalden said. Like Minnetonka, Woodbury has also utilized planned unit development to develop affordable housing along with density transfers and density bonuses. “Density is worth money, and if we can add density to a project, that can help us close the gap,” Batalden added.

Batalden emphasized that design is key to countering the “not in my backyard” attitude of some community members. “When you take the time to design [a project] well, that NIMBY-ism falls apart,” Batalden suggested. 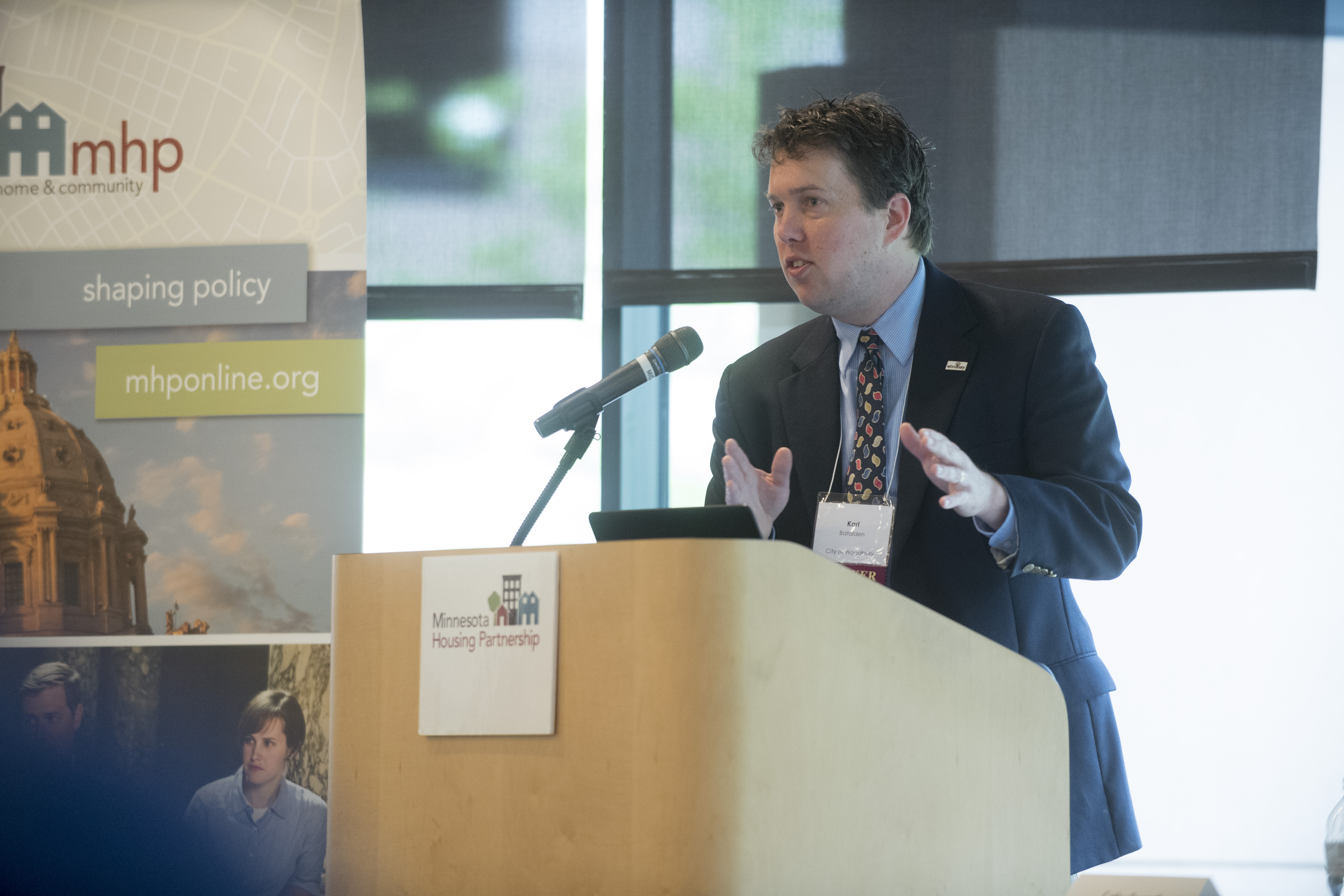 “We’d wring our hands and look at our property values and wonder how we’re going to do this,” Hovland said. 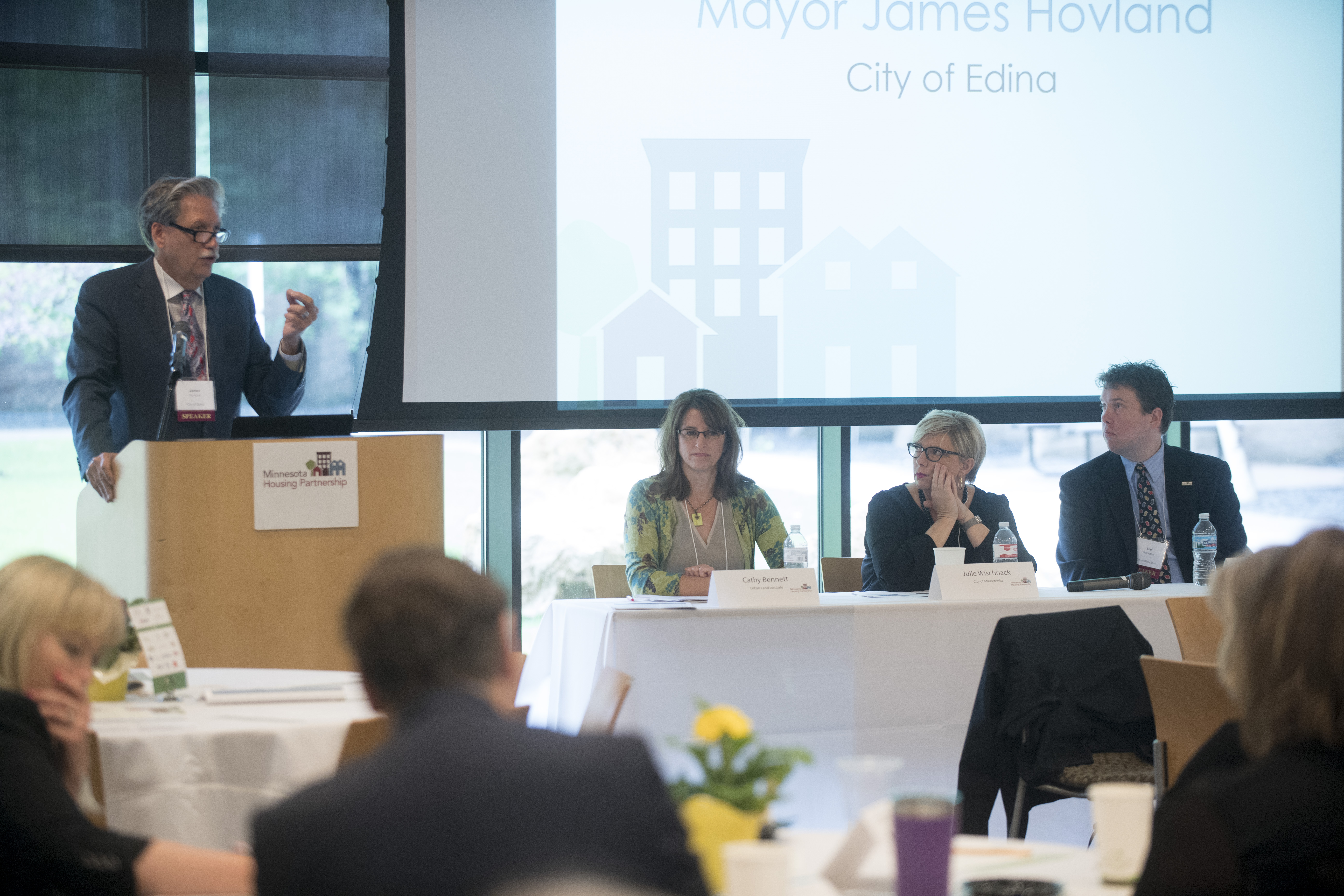 Edina is now looking to create a tax increment financing district around Southdale Mall that will generate six to $10 million in revenue for affordable housing over the lifetime of the district. “Our community is right behind us,” Hovland said. “We’re not getting any pushback on these affordable housing goals. It’s a fabric for a town that you want.”

MHP hosts three exclusive Investors Council breakfasts each year. The next Investors Council event, an advocacy happy hour, will take place this June. Join the Investors Council today to be part of these timely discussions! Click here to see more photos of the event. For additional information on how cities can step up to advance affordable housing, check out ULI MN’s online platform, Housing Counts, which provides access to data, toolkits, and more.