How does Minnesota Stack Up? Newly Released Data on Evictions 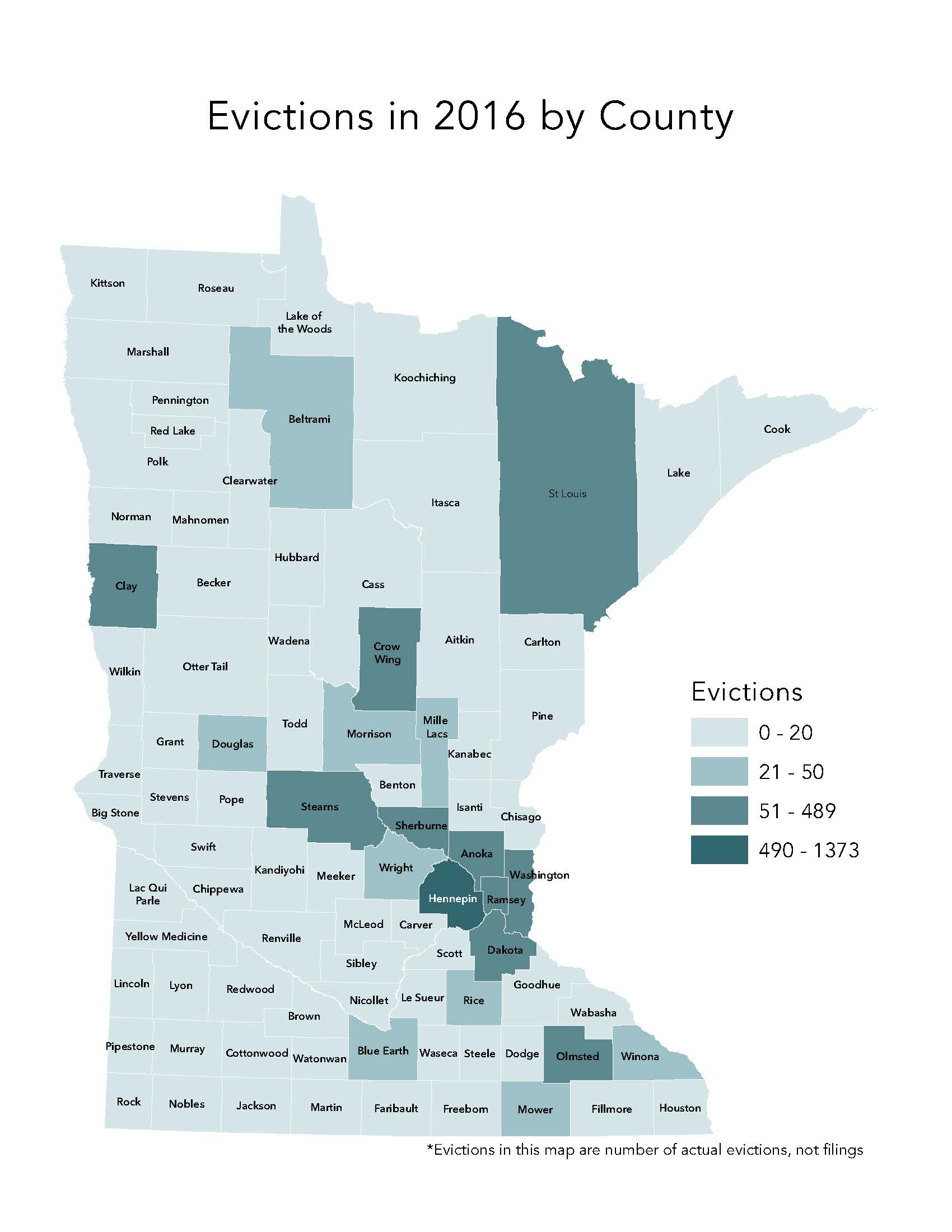 In 2017, MHP and Alliance Housing hosted Matthew Desmond, Pulitzer Prize-winning author of Evicted: Poverty and Profit in the American City, in Minneapolis. In his presentation and panel discussion, Desmond revealed the impact of this often overlooked housing crisis on families and communities. This month, Desmond and his team of researchers released an unprecedented tool and data resource, the Eviction Lab. 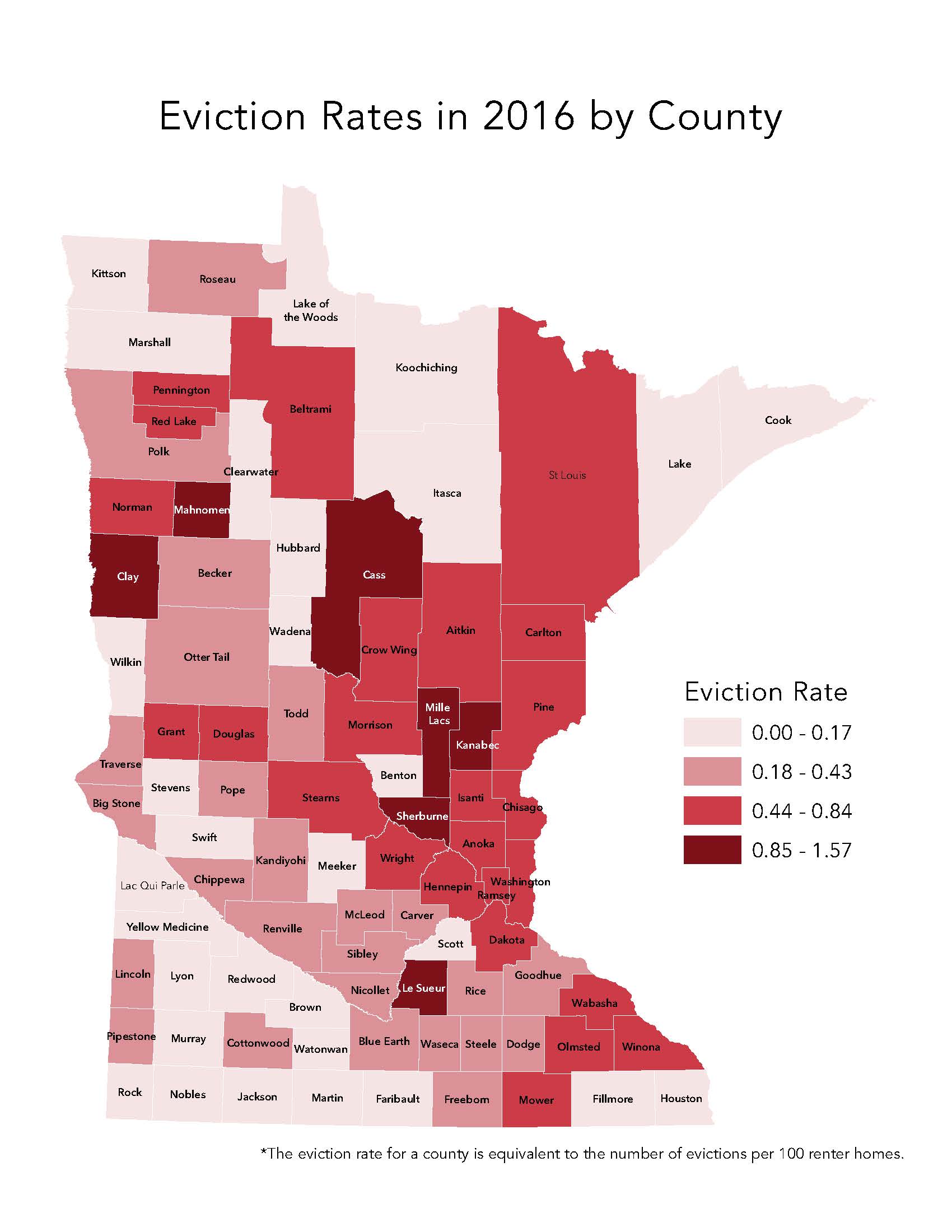 In Minnesota, Anoka County has the highest filing rate (3.77 of all households) of the 87 counties, with an actual eviction rate at .64, or 156 evictions in the year of 2016. At the opposite side of the spectrum are Kittson and Lake of the Woods counties, who saw 0 evictions filed or occuring in 2016. Not surprisingly, Hennepin and Ramsey, who have large renting populations, top the list for number of total evictions, at 1,373 for Hennepin in 2016 and 489 in Ramsey. 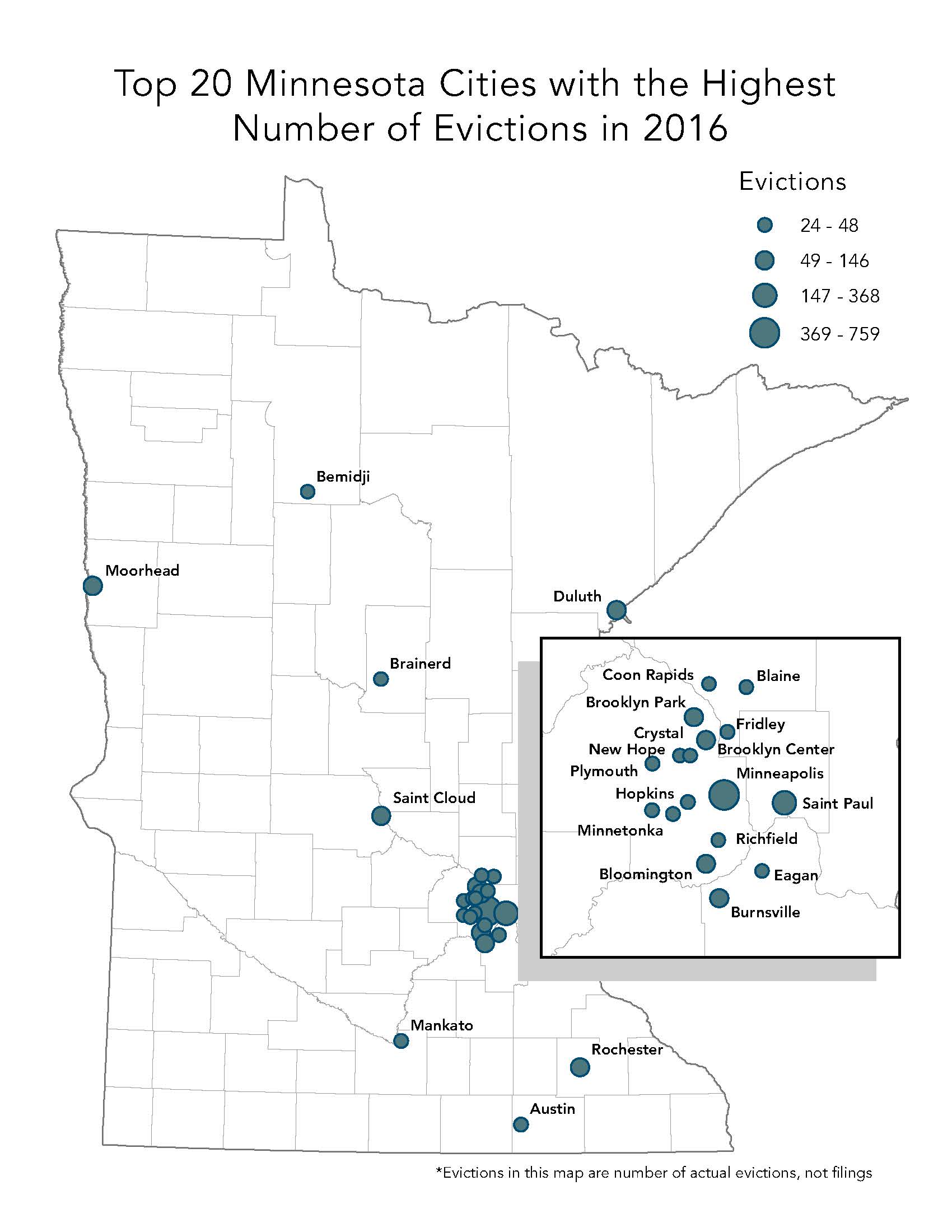 Top Ten Cities by Number of Evictions in Minnesota, 2016

Top Ten Cities by Eviction Rate in 2016, for Cities with Populations Greater than 5,000 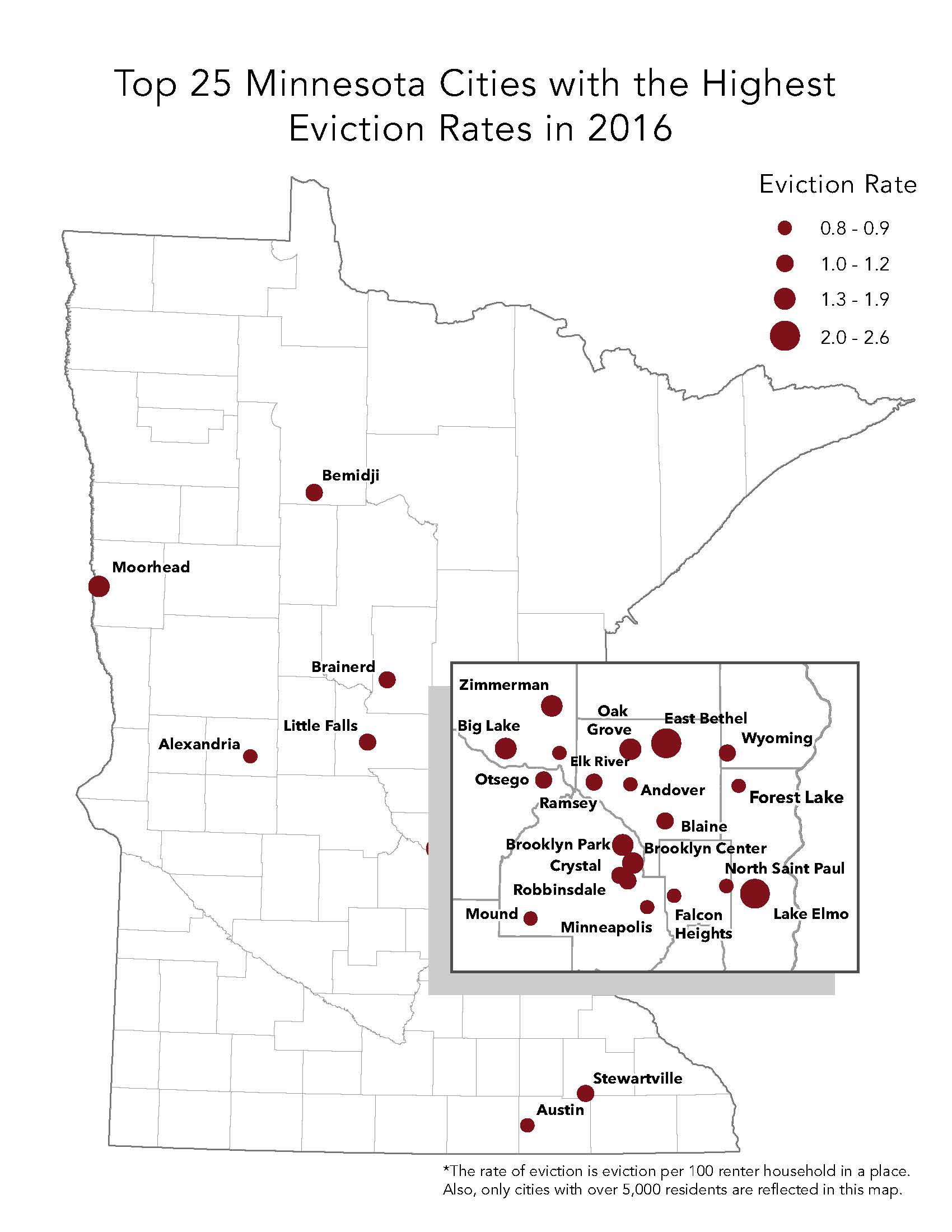