Housing update from the Minnesota Capitol 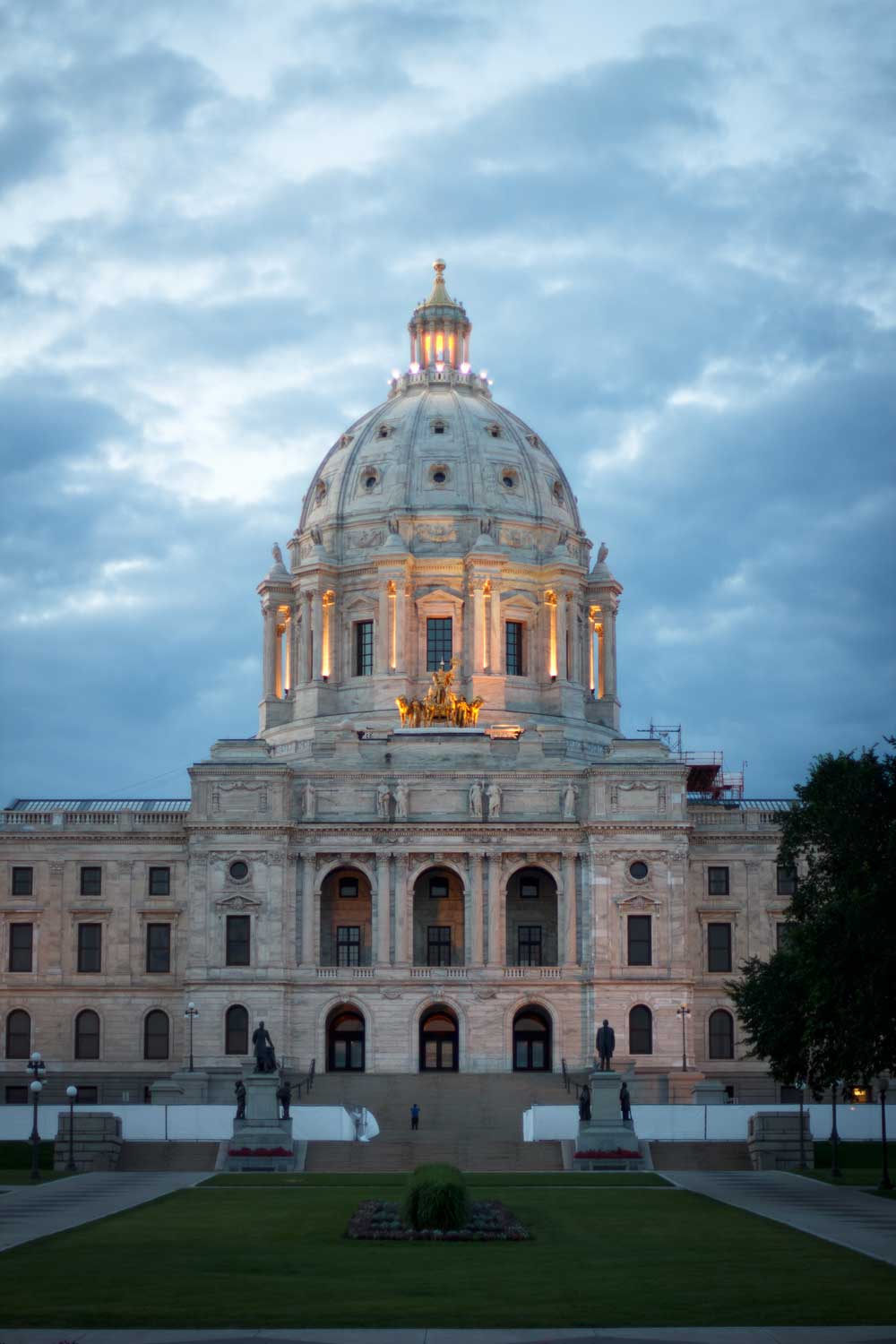 It’s been a busy legislative session at the state capitol, and MHP has been actively engaged. We have two main priorities this year: 1) the Homes for All proposal to increase funding for housing and services by $39 million for 2016-17 and 2) expanding workforce housing in Greater Minnesota in ways that are well-targeted, effective, and at a scale more consistent with the need. Read more about where things stand at the Capitol so far this session.

In general, the good news is that there’s a surplus of $1.9 billion. But there are many competing priorities voiced by the Republican-controlled House, the DFL-controlled Senate, and Governor Dayton.

Homes for All bills moving through House and Senate

Homes for All, of which MHP is member, is pursuing a $39 million increase for a wide spectrum of pressing housing needs and essential services. The ask is split into two $19.5 million bills: one for Minnesota Housing funding, and the other for supportive services funding in the Department of Human Services. Both bills are have been introduced in the House and Senate.

Currently, the bills have strong support from many legislators, but face larger hurdles in the House. Earlier this week, House leadership announced a cut in the proposed budget (or “target”) for the committee responsible for funding Minnesota Housing, and an even deeper cut to the committee that funds DHS. These proposed cuts mean that in the House, funding Homes for All programs even at last year’s levels, let alone at higher levels, will be a challenge.

With this development, shoring up support in the Senate now takes on greater importance. Reaching out to House members will also be essential.

A record 170 organizations have signed on to Homes for All this year, with many people visiting the capitol, writing and calling, tweeting and sharing in support. MHP is deeply involved in Homes for All, and Research and Communications director, Leigh Rosenberg, serves as co-chair of the communications team. See the Homes for All page for bill numbers for the four bills and more info.

In housing committees, and in the media [see here and here], housing for workers in Greater Minnesota has received substantial attention. With the November elections, nearly all the seats that flipped the House to Republican control were in Greater Minnesota districts. This catapulted non-metro issues to center stage.

Legislators in both the House and Senate have been briefed on the need for housing in Greater Minnesota, especially rental housing, in communities where job growth has been constrained by lack of housing. Testimony from Thief River Falls, Roseau, Worthington, Perham, and other cities has been a regular feature in housing committee hearings.

But the need for rental housing is something to take seriously in all communities where vacancy rates are low, and rental housing production has been limited or absent for decades. In these “broken” markets, low prevailing rents can make it difficult for traditional financing to support construction of new apartments. Yet housing for workers supports rural economic vitality, helps prevents long commutes, and can ease housing shortages that squeeze lowest income people the most.

MHP has been coordinating a taskforce of Greater Minnesota housing developers to develop practical responses to workforce housing, which has long been on MHP’s radar.

Several workforce housing proposals are under consideration at the legislature, including:

These proposals vary not just in dollar amount and administrative state agency, but in whether there would be income limits, whether they draw from budget appropriations or tax-increment financing, and whether or not they can be paired with other affordable housing sources.

MHP is supporting Homes for All as well as selected workforce housing development in Greater Minnesota. In particular, we have been working to ensure that whatever proposals move forward, that there is no prohibition on pairing the program with affordable housing dollars. We are also supporting the Housing and Job Growth Initiative (a subcategory of Minnesota Housing’s Challenge Program), which shows up both in the Homes for All agenda and the Governor’s supplemental budget. We would also welcome any funding for workforce housing, provided that resources are not diverted from affordable housing and homelessness programs.

What to do now

The Minnesota Legislature will be on Easter/Passover break from March 28 through April 6, making this a good time to meet with legislators in-district. April is also an important time to reach out to the media with letters to the editor.

To get involved or for more info, contact ThaoMee Xiong.