Many residents of Minneapolis believe that their city has never had any kind of formal segregation. Part of the “Racism, Rent and Real Estate: Fair Housing Reframed” series, a unique bus tour made visible the structural racism that has undergirded the city’s urban landscape, and illuminated the community solidarity that developed among African Americans in the face of this white hostility.

Co-hosted by Preserve Minneapolis and Mapping Prejudice, “Housing Discrimination Revealed: The History of Race & Real Estate in Minneapolis Bus Tour” drew on the expertise of Kirsten Delegard and Penny Peterson from Mapping Prejudice and Tina Burnside, a local attorney, writer and historian. Filled to capacity, nearly 50 people attended the two-hour tour that traveled from Prospect Park to the Central Neighborhood, exploring the impacts of racial covenants and the history of community resilience.

The tour started at the site of a conflict that made the headlines of local newspaper in 1909 as a “race war in Prospect Park.” The home of Amy and Madison Jackson was visited by a white mob, who’s spokesman declared: “The white residents of this district do not want members of your race domiciled in our midst, if there is any way which men of judgment, prudence and determination can adopt to prevent it.”

At a time when only 2,700 Black people lived in Minneapolis, the African American family was the first to purchase a home in Prospect Park and, according to their eldest daughter Marvel, the neighbors across the street “started screaming” when her family moved in and “the Prospect Park Association got together and they decided they did not want a black family in that community.” 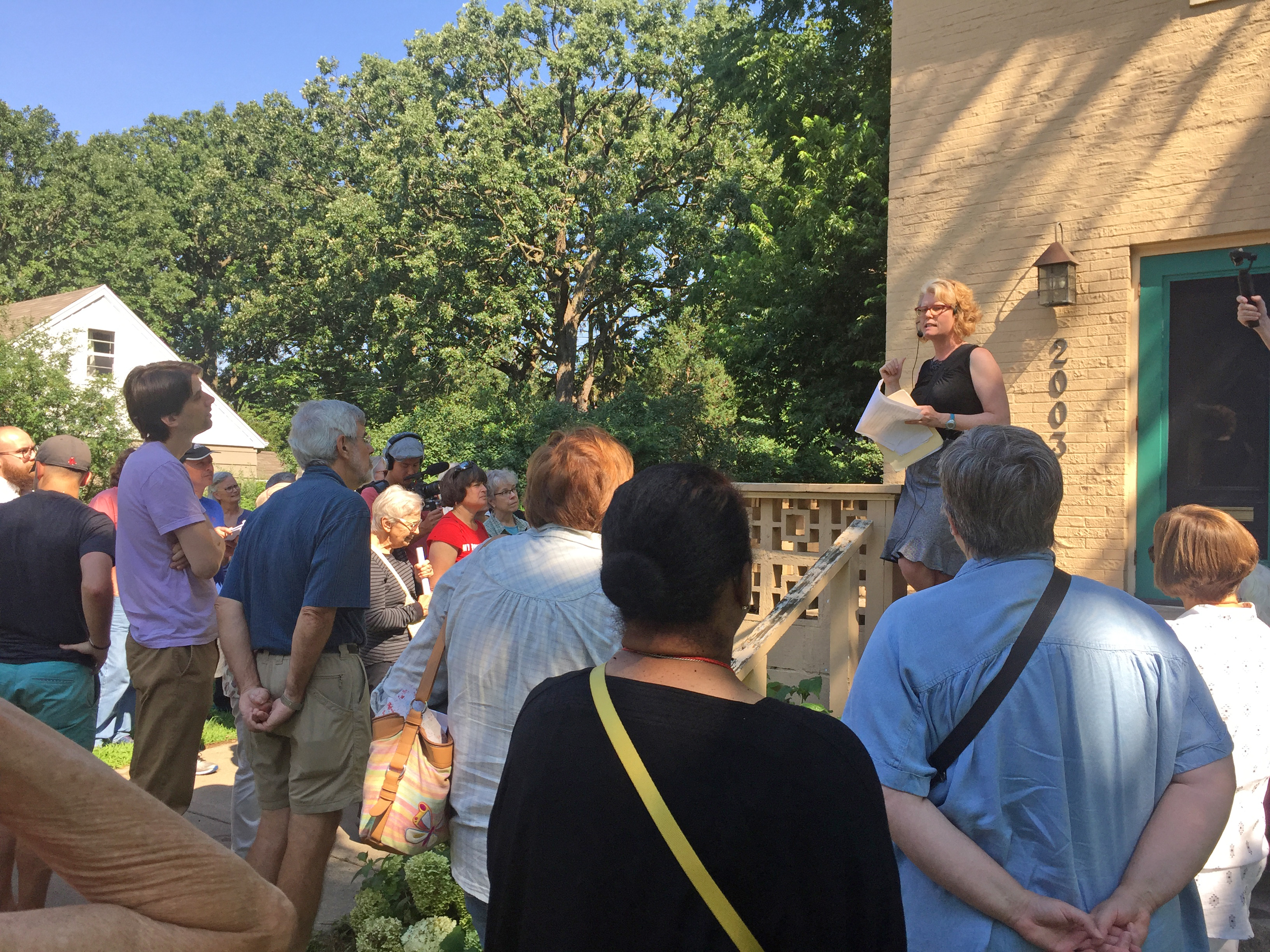 While the family created a play space that was beloved by the neighborhood children, the white hostility to the Black homeowners never dissipated. While Marvel Jackson excelled in school and would go on to become a trailblazing journalist and the chair of the Angela Davis Defense Fund, that hostility compelled her to take her exceptional talents elsewhere. “As soon as I could, I got out of Minneapolis,” she recounted. After the Jacksons sold their house, when Madison died in 1927, Prospect Park remained all white until 1960.

Those homogeneous neighborhoods were very much by design. “Before redlining and before the real estate industry codified racism in its code of ethics, trail blazing real estate developers were already thinking about how to segregate American cities — their weapon of choice was the racial covenant,” Delegard explained.

Racial covenants are simply several lines of text in property deeds that served a powerful purpose: to make it illegal for people who are not white to live on that piece of land. The first racial covenant in Minneapolis came just a few months after the clash at the Jackson house. Placed on a home purchased by a Swedish baker on 36th Avenue South, it stipulated that the “premises shall not at any time be conveyed, mortgaged or leased to any person or persons of Chinese, Japanese, Moorish, Turkish, Negro, Mongolian or African blood or descent.” Those covenants — 13,000 of which have been uncovered by Mapping Prejudice thus far — became a central organizing principle not only for Minneapolis, but for all American cities during that pivotal moment in history. 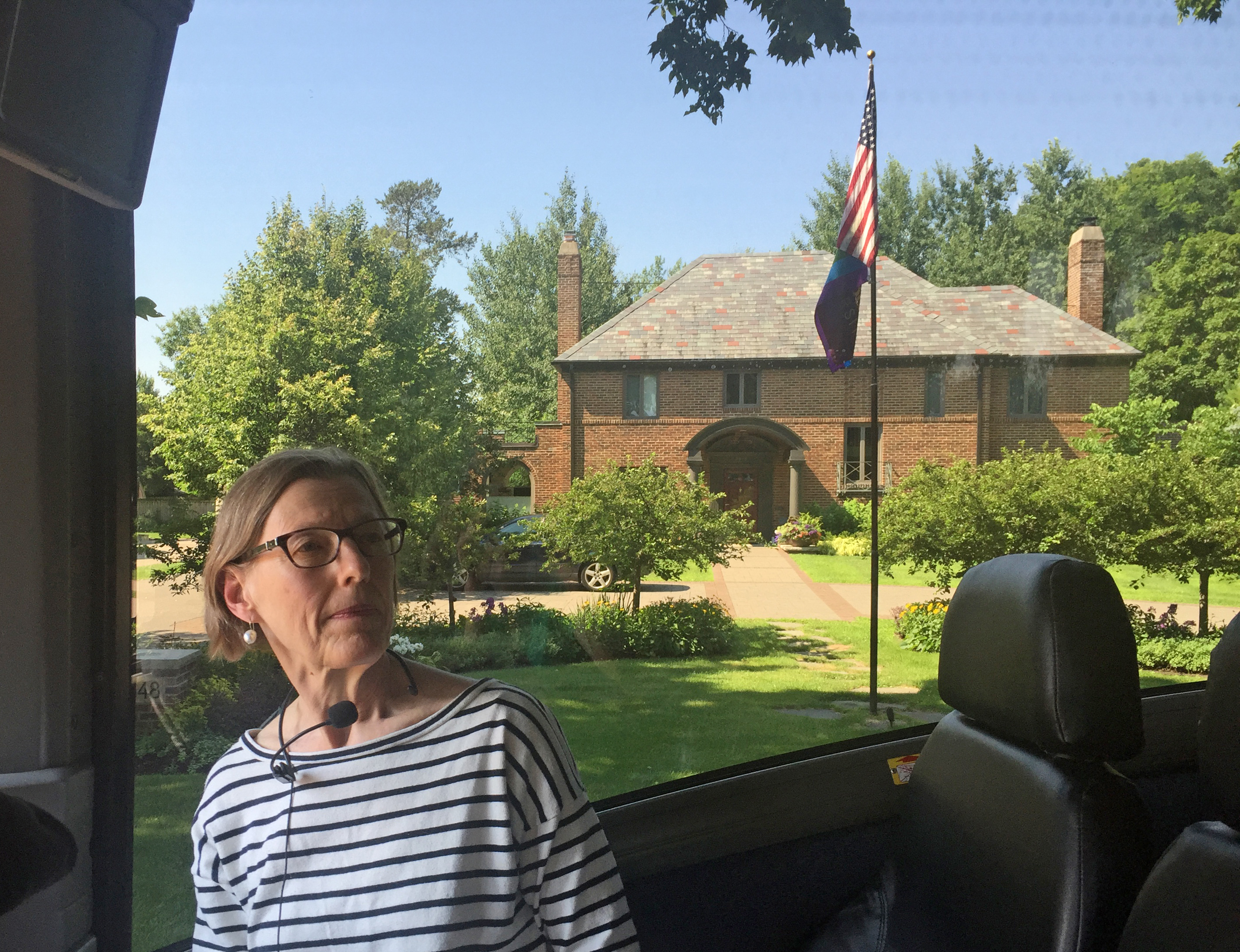 As the bus drove along Edmund Boulevard, Penny Peterson of Mapping Prejudice, explained that while not the first person to apply a restrictive covenant to his property, the street’s namesake, Edmund Walton, was one of the first real estate developers to bring the tool to scale. By 1905, Walton had acquired 347 acres in the area between Lake and 38th Street South and the river bank. At first Walton and his partners added the same racial language to their properties somewhat haphazardly, but by 1914 virtually all their Seven Oaks properties were racially covenanted, Peterson explained. Other real estate developers followed Walton’s lead, and within 10 years of the first restrictive covenant, they became accepted — and profitable. This was especially true of neighborhoods adjacent to the city’s growing park system, where covenants kept these leafy, attractive neighborhoods off limits to people of color.

“When racial covenants were introduced to Minneapolis, the city wasn’t particularly segregated,” Delegard said. “They shunted African Americans out of white neighborhoods and into a couple of small areas in the city. And these bad deeds normalized the idea of racial segregation. They made it seem natural for people to want to live with ‘their own kind.'”

As the tour continue along 38th Street from the river, tour guide Cara Letofsky pointed out the visible impacts of these now-outlawed drivers of racial segregation in housing on the city’s landscape. Traveling from the lush neighborhoods along the river west, the tour passed Snelling Avenue, one of the red-lined areas of mixed housing and industrial uses. “We didn’t want this tour to just talk about the depth of discrimination in our community,” Letofsky noted. “We also wanted to highlight how African Americans, even in the face of this discrimination, built communities of resistance.” Snelling Avenue, running just south of Lake Street to 38th Street, was one of the few areas in Minneapolis where African Americans could live and thus saw a high rate of Black homeownership. Families also lived here to be in close proximity to the railyards at Hiawatha and Lake, which provided employment opportunities to the community.

The forces of segregation were also the major catalyst for the Central neighborhood becoming a hub of the Black community and commerce. Guiding the group along 4th Avenue South, historian Tina Burnside pointed out the many anchors of Black business and spiritual life, in the neighborhood where many African Americans purchased homes in the early and mid-20th Century, when much of the city was off limits because of racial covenants. She told the group about the restaurants and beauty shops that lined the vibrant streets and the community institutions like the Nacirema social club and the Minnesota Spokesman-Recorder newspaper.

Coventry Cowens shared the history of her family in the neighborhood, explaining that her parents bought a home in Central because, despite their education and income, they were locked out of other areas of the city. For years, they owned a local grocery store that was an anchor of the community. But just outside the boundaries of Central, white hostility targeted families like Edith and Arthur Lee, a Black family who bought a home at 46th and Columbus in 1931 wasn’t entirely absent.

“They were first greeted by the neighborhood association nicely with an offer to buy back their home for more than they paid for it,” Burnside recounted. “But when Mr. Lee said no, they moved on to more violent tactics, to the point that there were mobs of more than 1,000 white people who would gather outside of their house and try to torment them to move from the neighborhood. They would riot in front of the house, throw rocks at the house, call them racial slurs, and throw garbage on their lawn. This went on night after night just because he wanted to purchase a home for himself and his family.” 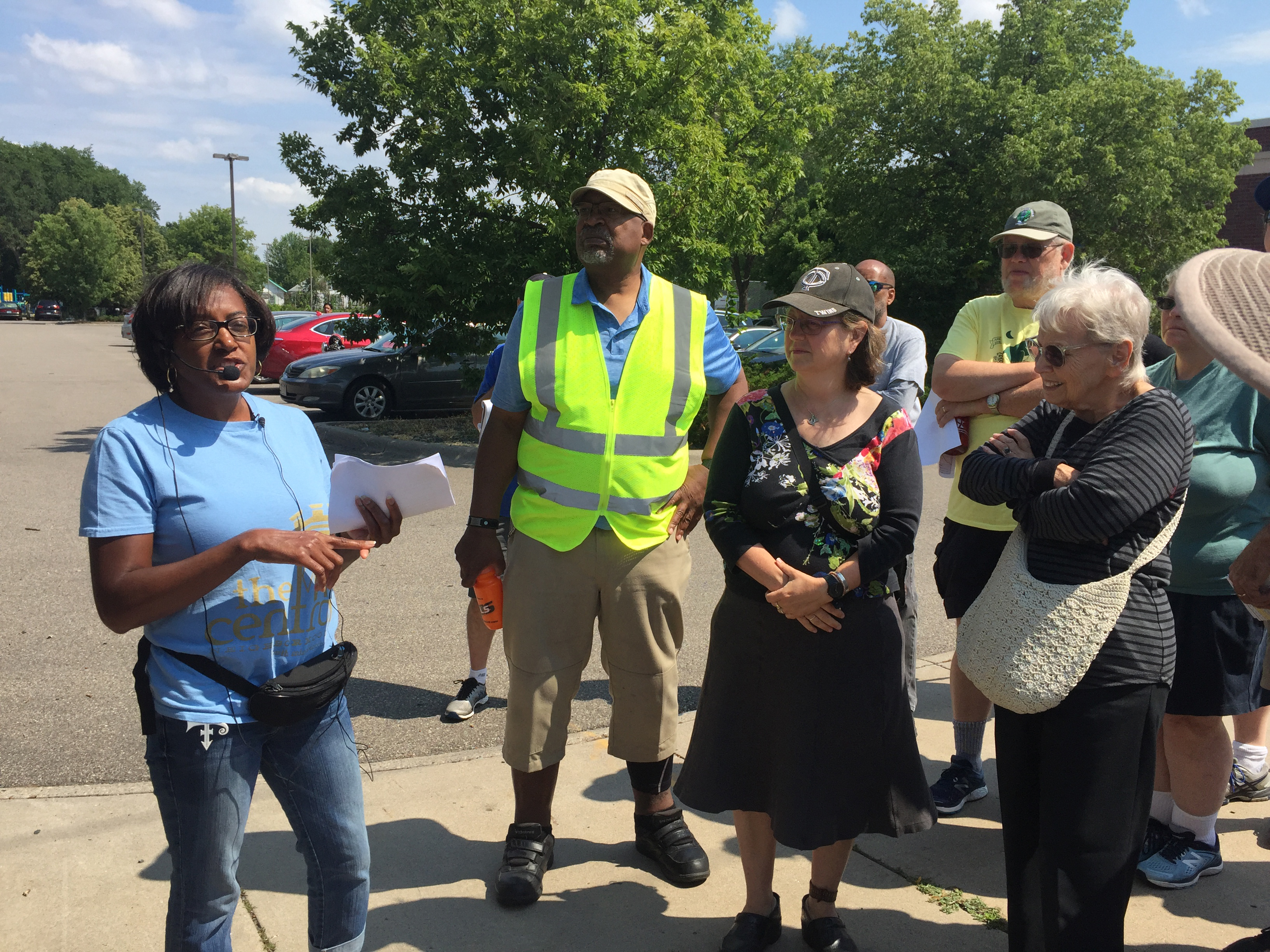 Even for tour participants with some knowledge of Minneapolis’ racist past, the tour was illuminating.

“I learned that the structural racism that controlled Minneapolis real estate started much earlier in history and that the federal government was more complicit than I was previously aware,” participant Bill Dooley reflected. “I also learned that while not desirable, the construction of I-35 through South Minneapolis was not nearly as destructive to the African American community as I-94 was to the African American community in St. Paul-Rondo. What stood out to me was this mapping project with bus tours would be an excellent opportunity to educate Minneapolis citizens regarding the basis for the racial disparities in home ownership in Minneapolis.”

“The tour far exceeded my expectations,” Noel Gordon, Jr., said. “I love that the event was co-faciltiated by a multi-racial group of women leaders from our community, and that the facilitators were gracious enough to allow impromptu contributions from the audience. The best part for me was learning about the trailblazing Marvel Jackson!”

See photos from the tour here.