Game Changes, and Doesn’t, for State Housing Policy after Elections 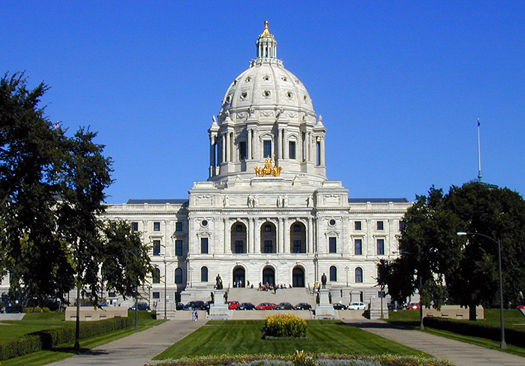 As a result of November’s election, state housing advocates in Minnesota are gearing up for the legislative session with a major change in the composition of the legislature. With Democrats to command control of the House and Senate next year, housing advocates will be working with a different set of legislative leaders, some of whom have been long-time housing supporters.

The Democrats wrapped up the vote with a net gain of eleven seats in the House and ten seats in the Senate, to wrest control of both chambers by margins of 73-61 and 39-28, respectively. A full one-third of the state’s legislators will be new this session, leaving plenty of room for education of folks on housing issues.

But there’s also a lot that doesn’t change. For one, MHP will continue to work with many supportive legislators on both sides of the aisle. For another, Minnesota still faces a formidable deficit – to the tune of $1.1 billion for the next two-year budget cycle. We will be watching to see how Gov. Dayton and the legislature will approach raising revenues and funding programs, given the new balance of power.

And lastly, Minnesota’s need for affordable housing and services for people facing homelessness has not diminished. With 1 in 7 Minnesotans paying half or more of their income for housing, far too many families face tough choices to make ends meet.

In 2013, many important priorities will need attention at the state capitol. Yet housing and homelessness is well-positioned to hold the interest of lawmakers on both sides of the aisle.

The strong connection between quality affordable housing, economic competitiveness, jobs, and viability of local communities can be embraced by those across the political spectrum.

In addition, housing advocates are hopeful for a strong year ahead, thanks to the ongoing work of the Homes for All coalition, which formed last year. Homes for All is made up of Minnesota housing and homelessness organizations, including MHP, working to develop and advocate for common policy initiatives for stable and affordable housing in Minnesota. Homes for All will be looking to build on last year’s collaborative success in securing a bonding bill that included $37.5 million for housing.

Many legislators who have invested substantial energy into addressing our state’s housing needs are returning this session, and some are returning as committee chairs overseeing housing policy and finance. Sen. Tomassoni has been assigned as Chair of Environment, Economic Development and Agriculture Finance and Sen. Sheran as Chair of Health, Human Services and Housing in the Senate. Rep. Karen Clark will be the Chair of Housing Finance and Policy in the House. We are also pleased that Sen. Hayden, a champion of housing, has been picked as the Senate’s Deputy Majority Leader. Click on the following links for a list of Senate and House Leadership and Committee Chairs.

Rep. Larry Howes, a strong housing supporter, will not be returning in the next legislative session. He lost running against DFL incumbent John Persell, who became his opponent after redistricting. Rep. Howes was instrumental in ensuring that housing and homeless programs were included in the bonding bill last session. Politics in Minnesota noted about Howes:

The seven-term legislator and Capital Investment Committee chair was part of the dwindling contingent of old-school, get-a-deal-done Republican moderates at the Legislature. . . . As a vote-herder and political operator, he had few equals in either chamber.

Another strong housing supporter and former Vice Chair of Jobs and Economic Development, Rep. Carol McFarlane, has retired from her seat. We wish the both of them best of luck in their future endeavors.

Look for more soon in the Capitol Connect blog, as we move towards the start of the state legislative session.

In the meantime, we were intrigued to learn that during November’s election, more Minnesotans voted on the marriage amendment than for Obama or Romney. Voter turnout was 76%.