As Detroit emerged from bankruptcy and the Great Recession, locals sought an effective strategy to attract and retain employees of local businesses in the Midtown area, a thriving center for arts, education, and medicine. With rental, homebuyer, and homeowner incentives for employees of three major partner institutions – including Wayne State University, Detroit Medical Center, and Henry Ford Health System – Live Midtown was the anchor strategy among local efforts to revitalize the Midtown area and to attract and retain employees.

Through subsidies for new residents, $2,500 in rental assistance, $20,000 five-year forgivable loans for down payment assistance, and $5,000 grants for exterior improvement, Live Midtown played a major role in meeting those goals.

“From 2013 to 2015, Midtown Detroit had recorded its first increase in population in a decade, and this program is responsible for a portion of that,” explains Christopher Hughes, Data Manager for Midtown Detroit, Inc., the entity that administered the program. “We had 791 participants, new to the Midtown area. If you account for household size, that’s a little bit over 1,200 new residents from this program alone over a five-year period. That’s pretty substantial.”

Hughes says Live Midtown’s success stemmed from a strong, mutually-beneficial partnership with local employers, each of whom contributed $1 million annually over five years. “The program engaged leading local institutions and leveraged their influence to promote the revitalization of the community,” he explained. Local foundations and the Michigan State Housing Development Authority also provided support for the program. 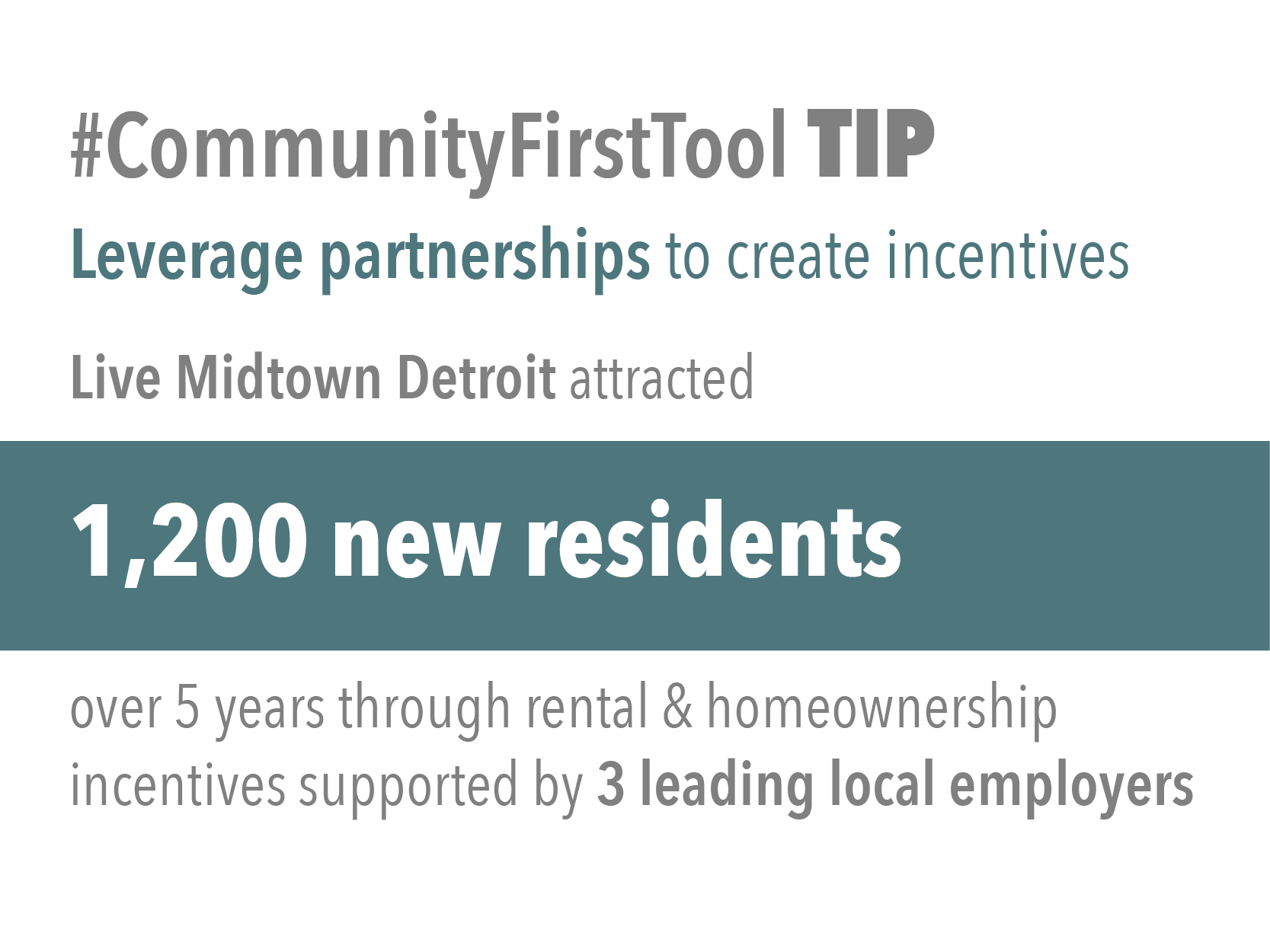 The key takeaway for program designers: Understand your community – your clients. Then, locate other organizations for partnership and collaboration, building critical mass. If program designers fail to engage their target market by collaborating with partners to leverage resources and community knowledge, the program may be selling a product that targeted customers aren’t willing to buy.

After Live Midtown concluded, it became apparent that the myriad revitalization efforts and subsequent growth in Midtown had created negative consequences for some residents, including rising rents. Midtown Detroit, Inc., in partnership with local foundations, launched Stay Midtown, to provide rental assistance to existing working-class residents at risk of displacement.