#Bonds4Housing story: “I have a great family in this building.” 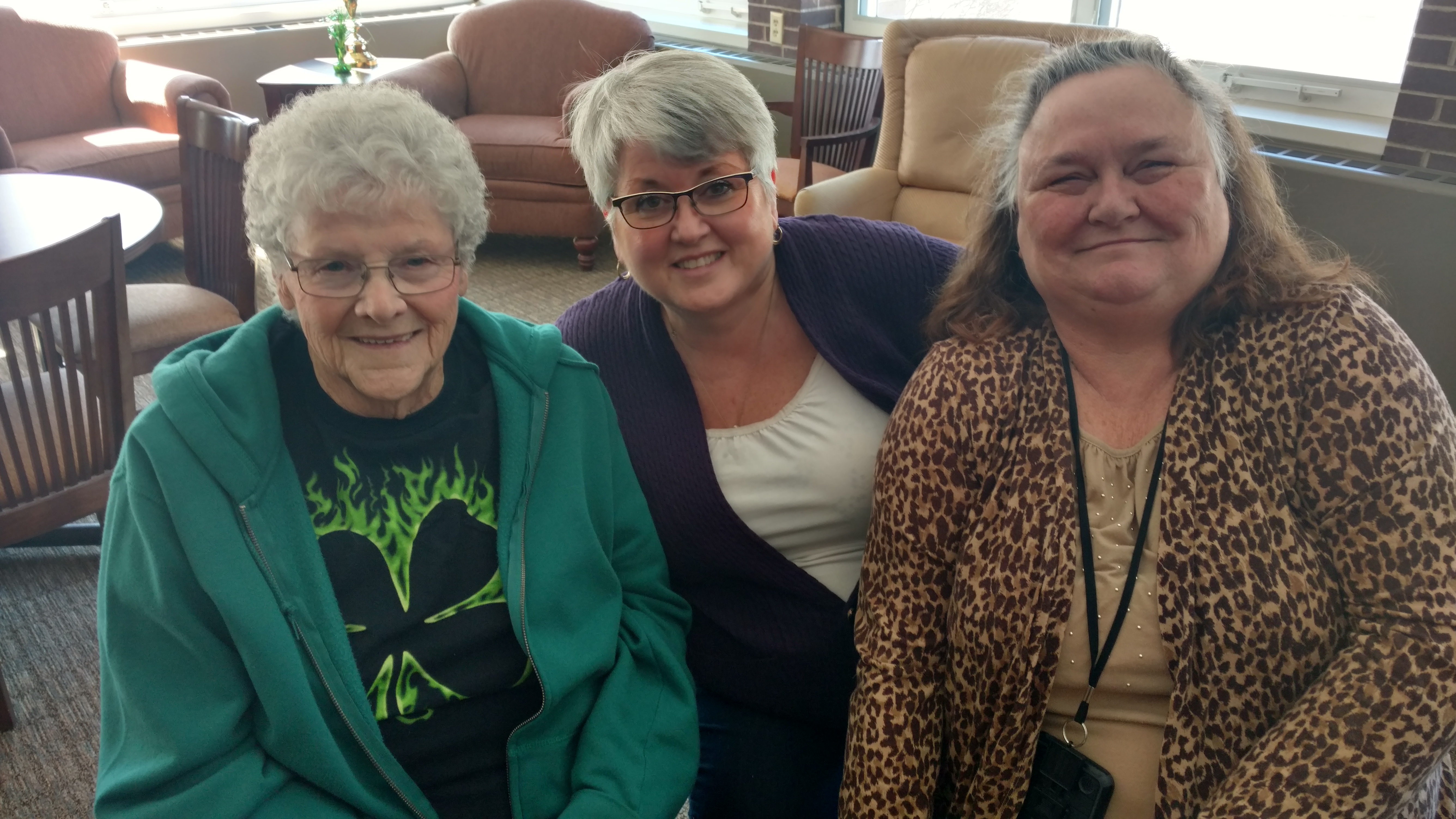 Wanda Harris married in 1960. Two years later, her husband died of a heart attack, and Wanda became the sole caretaker of three children. Her neighbor, former Minnesota Senate President Florian Chmielewski, asked how he could help.

Suddenly, Wanda was employed by the Chmielewski Funtime Band. For the next 12 years, Wanda mailed records and lined up gigs for the polka band. She also happened to be interested in politics, so sometimes she’d ride along with Florean to the Minnesota Capitol.

Photo: Wanda (left) poses with Deb Schaff, Director of the Cloquet/Carlton HRA and Alice a resident of Woodland Pines, a nearby public housing complex.

Never afraid of hard work, Wanda did all she could to provide for her children, but many of the jobs she held didn’t offer benefits, making it difficult to save for retirement. After working with the Chmielewski Funtime Band, Wanda worked as a part-time cook at a bootcamp in Willow River. Then, as kitchen coordinator for the prison in Moose Lake, Wanda forged relationships with inmates as they worked together to prepare meals.

More than a decade ago, Wanda moved from Willow River, where she raised her family, to Cloquet to be a grandmother to her son’s three children. She found an affordable place to call home at Aspen Arms, a 76-unit public housing complex. She’s deeply engaged in the community, serving on the HRA board, heading up the resident council, writing the building’s newspaper, and organizing events for residents. “The residents here consider Aspen Arms family,” Wanda says.

“My heart lies with the homeless and people needing a place to live,” Wanda explains. “Public housing provides that. We just moved a homeless veteran into this building, and it’s the first home he’s had in years. My heart just wants to explode with things like that.”

Almost 20 percent of Aspen Arms residents are veterans. More than half of residents, including Wanda, are seniors, and more than half have a physical disability or mental illness. Most residents live on a fixed income.

According to Debra Schaff, director of the Cloquet/Carlton HRA, Aspen Arms is an in-demand community resource, with more than 65 people on the waiting list for an apartment. But with plummeting federal funding for capital needs, it’s becoming more and more challenging for Schaff and her staff to maintain Aspen Arms. According to Schaff, in her 12 years at the HRA, federal capital funding has dropped by at least 50 percent.To help cover that gap, Cloquet/Carlton HRA applied for PHOP funds from Minnesota Housing in 2014 to replace boilers, lighting, fire alarms, elevator mechanicals, and electrical branch panels.

Wanda says her home at Aspen Arms “means everything” to her. She wants to see more affordable housing in Minnesota.

“If I talked to a legislator, I would tell them how important it is to help everybody — especially those who may not be able to help themselves, and people like me at my age who seek independent living,” she says.

Wanda is grateful for the Aspen Arms staff, and her neighbors, whom she considers family. “We’re really lucky to have the staff that we do. I wouldn’t change anything in my life. I have a great family in this building, lots of friends. All has been a plus living at Aspen Arms.”