#Bonds4Housing story: “I couldn’t find any better place to be.”

At the Capitol, MHP and our Homes for All MN partners have been advocating for a historic $140 million in bonds for housing. Thirty million of that bonding request would go to preserve public housing through initiatives like Minnesota Housing’s Publicly Owned Housing Program (POHP). Public housing is a key state asset supporting hundreds of older Minnesotans, people with low or fixed incomes, and individuals with mental or physical disabilities. Nada, a longtime resident of a public housing complex in Red Wing, shared her story to underscore the positive impact public housing has had on her life and her community. Join Nada in sharing your housing story here. 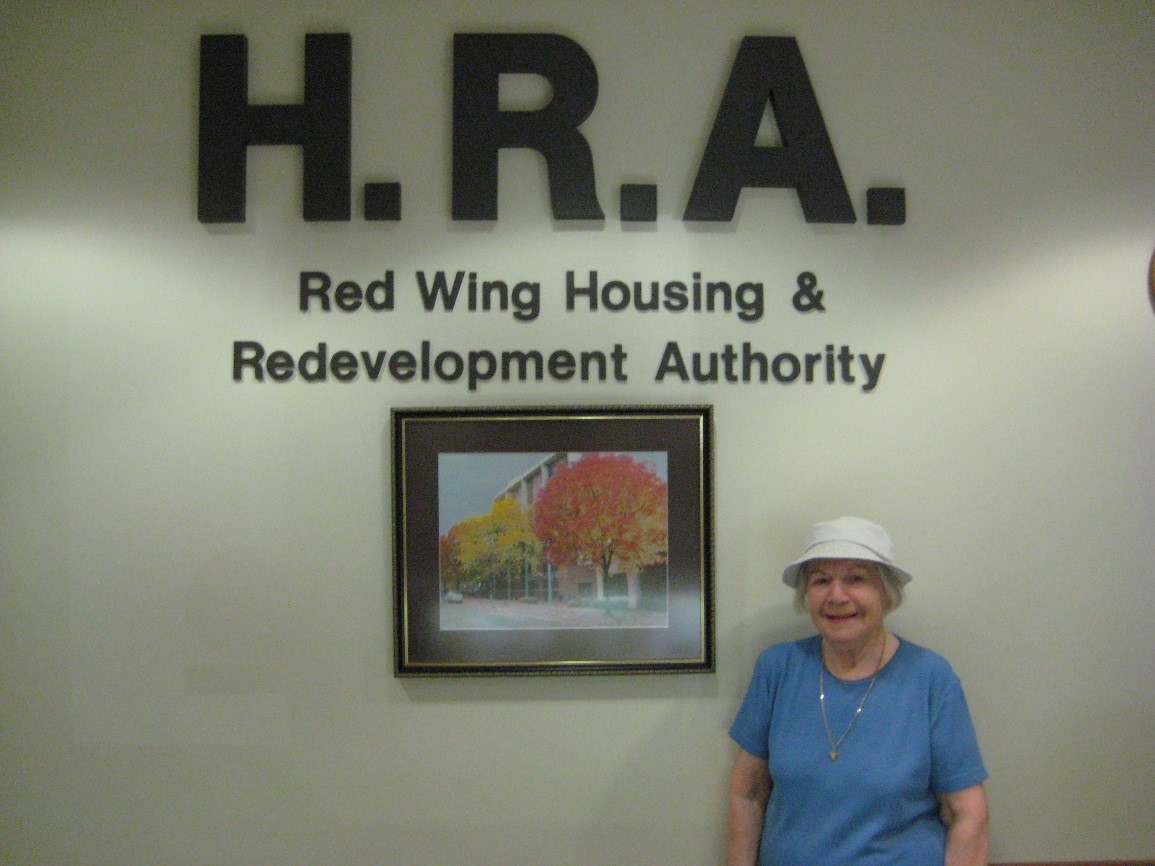 When Nada Peters thinks about the day she arrived in the U.S. from Yugoslavia 60 years ago, she still gets goosebumps. “There’s no other country like this one,” she says.

Nada came directly to Minnesota from New York. Though she spoke four languages upon her arrival, English wasn’t one of them. She taught herself to speak English by watching television. For the past two decades, Nada’s called Jordan Tower I — a 101-unit public housing community in Red Wing, Minnesota — home.

“I love it,” Nada says. “They’ve been so good to me here. I couldn’t find any better place to be.”

Photo: Nada poses with a photorealistic cross-stitch she made of the Red Wing HRA office.

Nada is 93 and a half years old. She appreciates that, at Jordan Tower, her income-based rent helps her budget for essentials like groceries.

Nada had to wait two years to get a spot at Jordan Tower I when she applied 20 years ago. Today, apartments are still in high demand, with 60 households on the waiting list for Jordan Tower I. A 2014 housing study identified a 0% vacancy rate for subsidized housing in Red Wing and 1.9% vacancy rate for market rate housing. Clearly, Jordan Tower is a critical community resource. However, with tightening federal funding, it’s a resource at risk.

“Our operating subsidy from the federal government continues to drop and drop,” Hemmerlin explains. In recent years, that subsidy has plummeted from $140,000 annually — to less than $70,000. 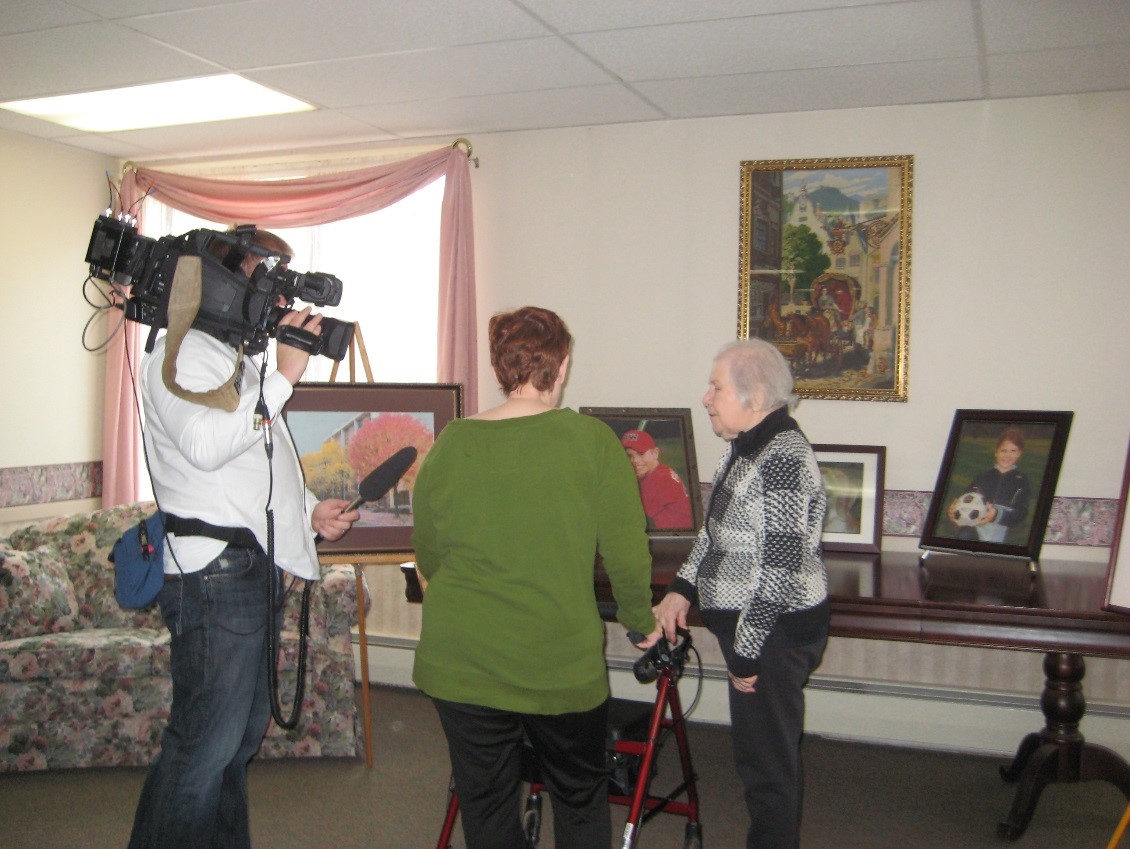 Nada stands in front of a collection of her photorealistic cross-stitch work, as she’s interviewed by KARE 11.

Without additional funds to fill this widening gap, Hemmerlin says, it’s nearly impossible for the HRA to complete critical upkeep at Jordan Tower, which was constructed more than 40 years ago. The Red Wing HRA applied for the most recent allocation of Publicly Owned Housing Program (POHP) funds, distributed by Minnesota Housing and funded with General Obligation (GO) bonds allocated by the State Legislature, to replace key heating infrastructure at Jordan Tower including boilers and air handling units. The HRA requested $644,000 for an $859,000 project, and will pull together the remaining $215,000.

Red Wing HRA has utilized POHP funds in the past to replace outdated elevators and inefficient, malfunctioning windows. Both projects had a direct impact on the safety of Jordan Tower residents and the bottom line to operate the building. HRA staff member Ronnelle Jaeger said that she and the residents were nervous about riding in the elevators before they were replaced. “When I rode in them, I’d make sure I had my phone on me,” she says. “Our biggest concerns driving these projects were security and ensuring that our residents could feel safe.”