Help prevent another shutdown! Join a Tweetstorm to #FullyFundHousing 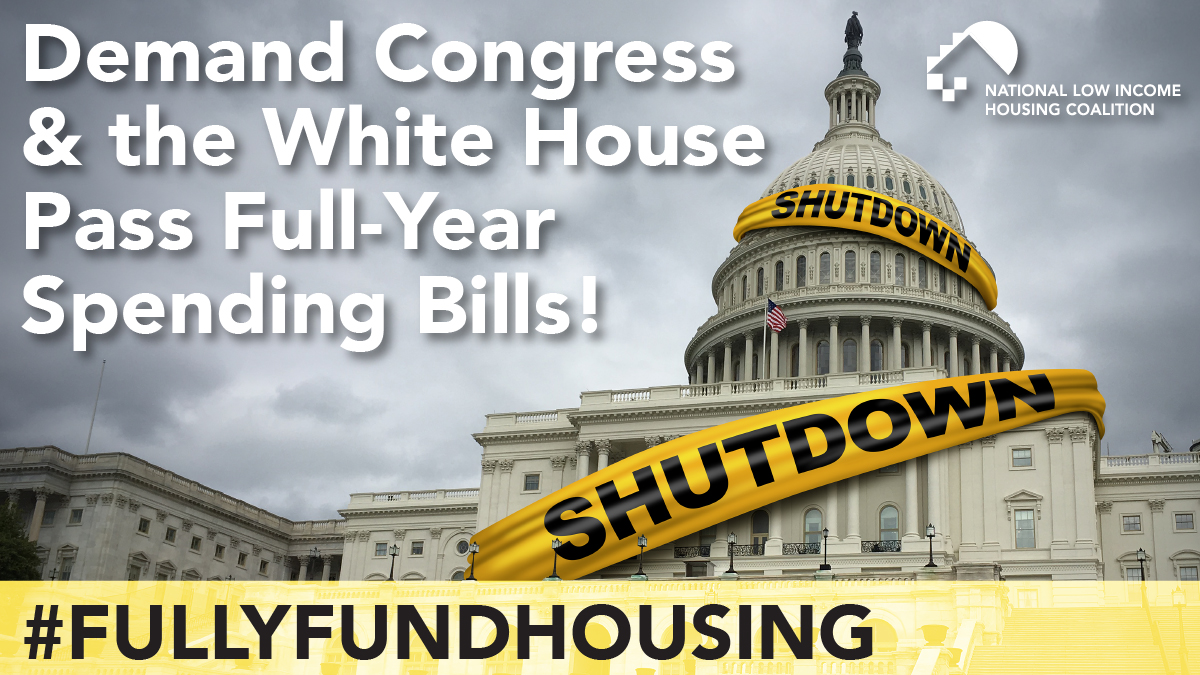 Join NLIHC and the Campaign for Housing and Community Development Funding for a tweet storm on February 13 from 2-3pm CT to urge Congress to avoid another government shutdown and fully fund affordable housing and community development programs. Use #FullyFundHousing in you tweets and tag your member of Congress.

President Trump announced on January 25 an agreement to temporarily reopen the federal government for three weeks — ending our nation’s longest shutdown in history — giving legislators time to negotiate a larger spending deal and border security. The short-term funding bill expires on February 15. If Congress and the White House fail to reach a deal by then, the government will again shut down, further undermining the short-term operations and long-term viability of our nation’s affordable housing and community development programs.

You can help prevent another shutdown!

Join the Tweetstorm on Wednesday to call for clean, full-year spending bills that #FullyFundHousing.

Don't forget to tag Minnesota members of Congress in your Tweets!