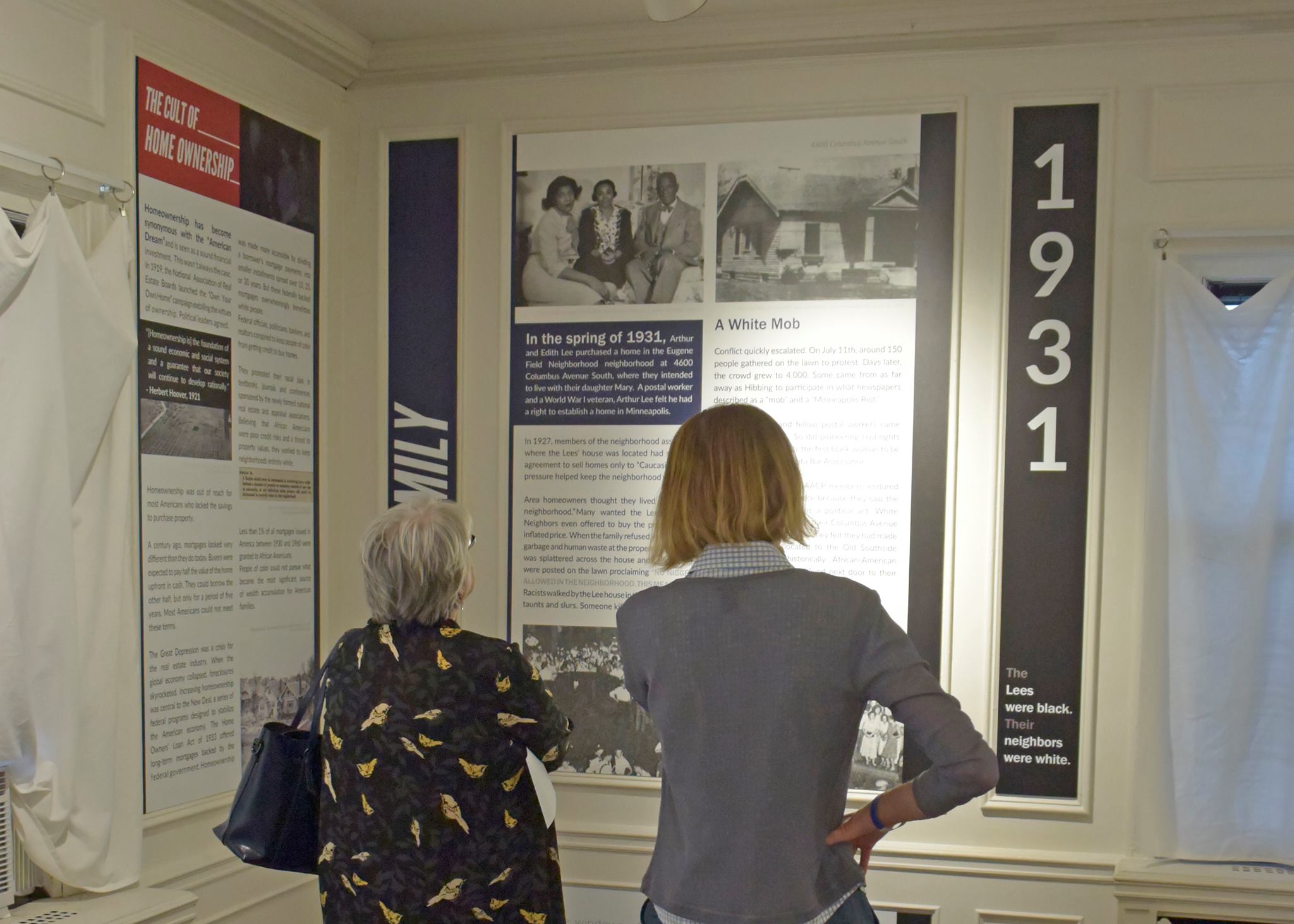 Display cases can’t contain the dark history — and lasting impacts — explored by “Owning Up: Racism and Housing in Minneapolis.” Red lines guide viewers through the stories of three black families as they search for home and community in white-dominated neighborhoods. The groundbreaking exhibit, now on display at the Hennepin History Museum, highlights the devastating and persistent consequences of redlining, racial covenants, and white violence in Minneapolis.

“Why are there racial disparities in Minneapolis?” asked curator Denise Pike in her remarks on August 23, the exhibit’s opening night attended by more than 100 people, “Perhaps it’s because we haven’t come to terms with our history.”

Pike, a student of University of Minnesota’s Heritage Studies and Public History degree program contends that “public history and museums should be place for social justice work.” In Minneapolis, where homeownership among black households is among the lowest rates in the nation and where stark disparities persist between white and black households, there’s a considerable amount of work to be done. 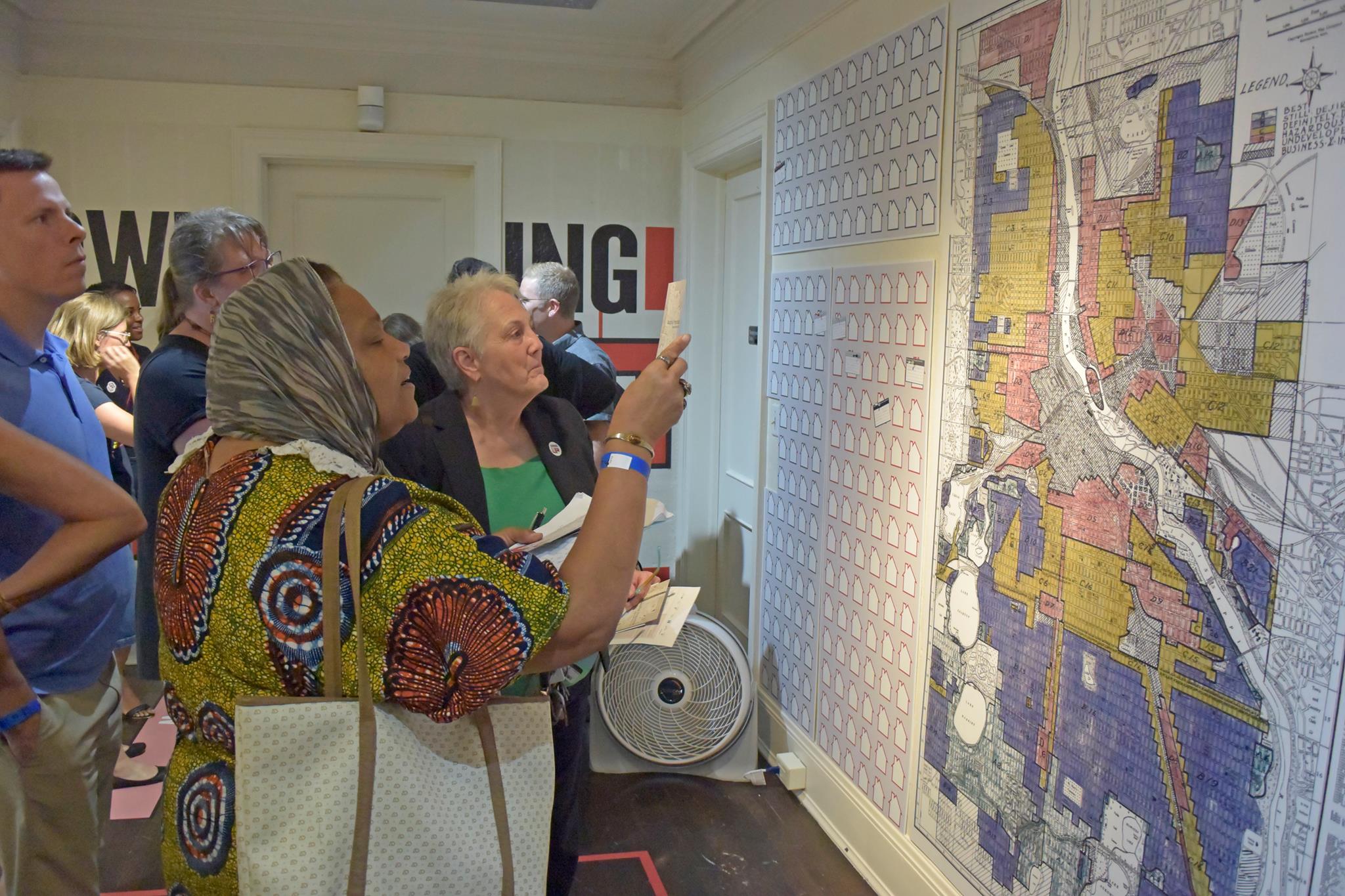 “It’s a relevant exhibit,” said Cedar Imboden Phillips, Hennepin History Museum’s Executive Director, because it explores actions with impacts still all too visible today. She prompted audience members to consider, “What stories will our children and grandchildren be telling?”

By challenging the common vision of Minneapolis as a progressive haven and “model metropolis” the exhibit prompts audiences to take another look around their neighborhoods. “Take stock of who’s there and who’s missing and reflect upon why we have neighbors missing,” Pike said. “If we don’t acknowledge that, we’re doing a disservice to our neighbors.”

Photo: Red lines and rivers guide viewers through the exhibit.

“This is the raw base of what was really going on in Minneapolis,” said Lena Booker, who attended the opening event August 23, and herself encountered discrimination while searching for a home with her husband in the 1960s. “If you were an African American viewing this exhibit, you were not surprised.” 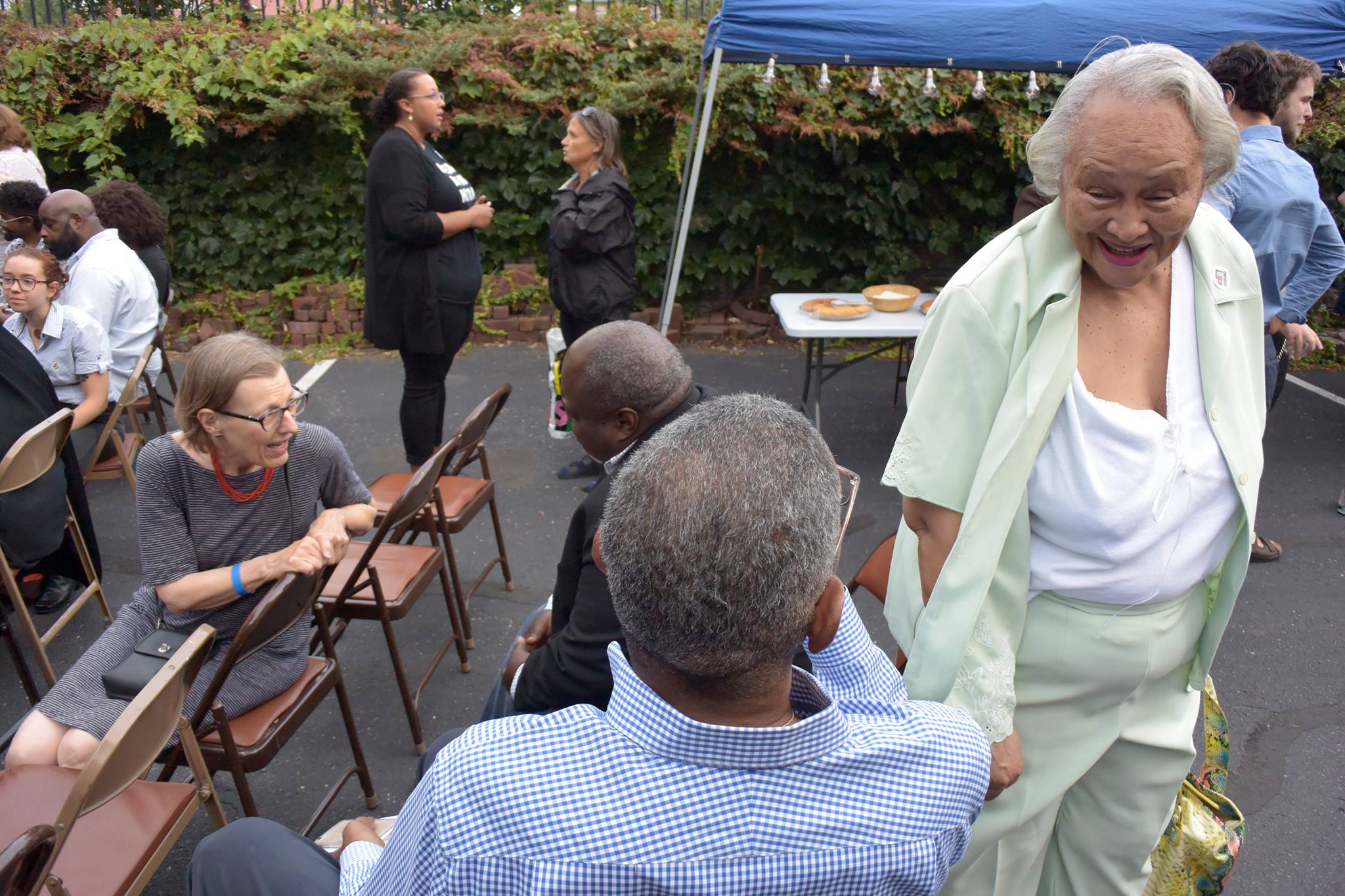 Photo: Booker (right) at the "Owning up" opening reception on August 23.

“Fifty years after its passage, the dream of the Fair Housing Act is still unrealized in Minneapolis,” said Cara Letofsky, Hennepin History Museum board member and coordinating consultant to the Racism, Rent and Real Estate: Fair Housing Reframed series, of which the museum’s exhibit is a part, “We have to contend with our history.” 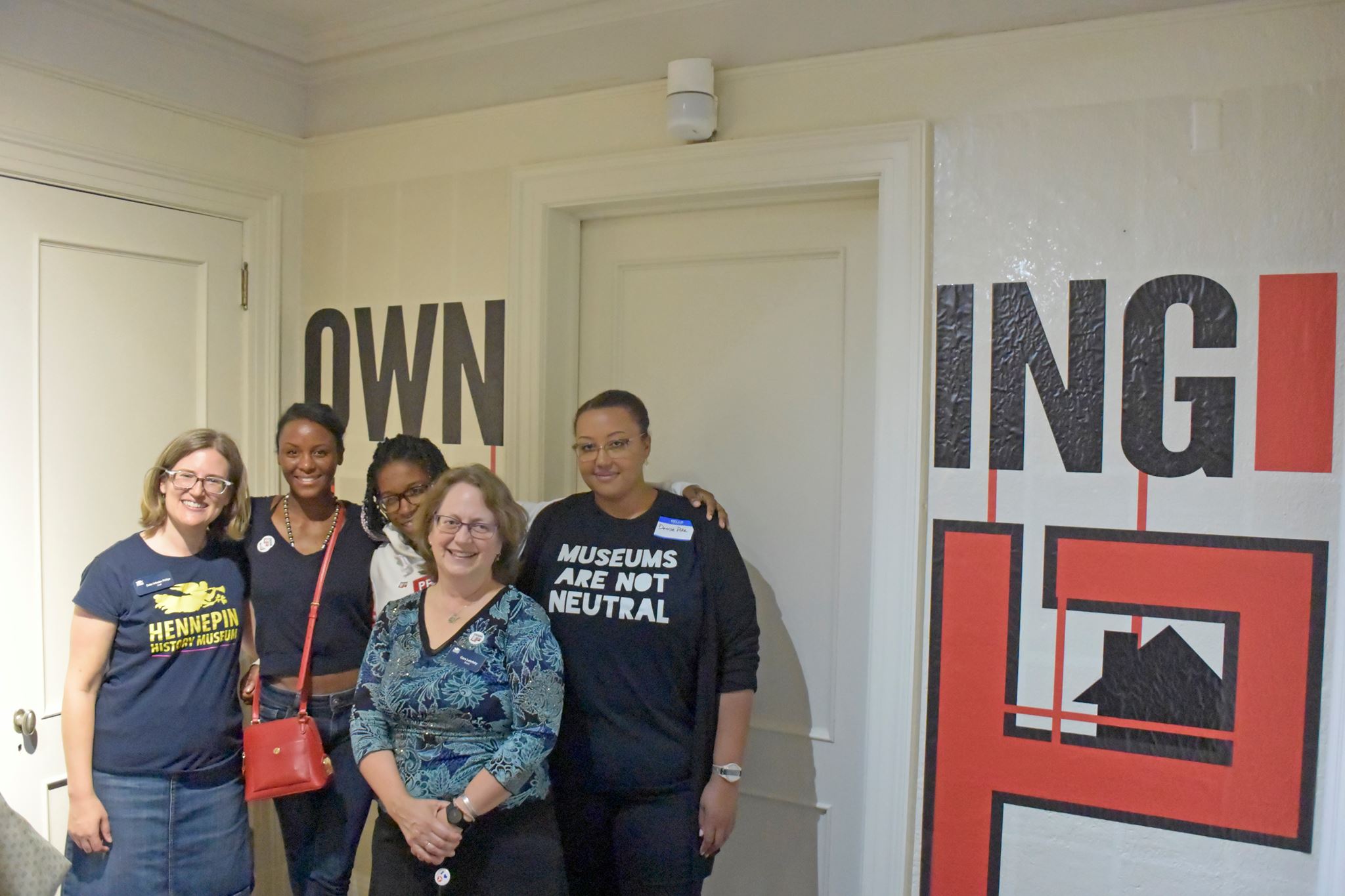