In 1968, Minnesota Senator Walter Mondale authored the Fair Housing Act, landmark legislation designed to reverse decades of residential discrimination and segregation. The goal was to usher in a new era of housing equity and racial justice, including in Hennepin County communities. Fifty years later, this vision remains unrealized.

Through an 8-event series with more than a dozen community organizations as co-hosts, “Racism, Rent and Real Estate: Fair Housing Reframed” will reckon with our dark history of covenants, redlining and structural racism; and convene cross-sector, community-centered conversations to chart a course for housing equity in Hennepin County communities moving forward.

For residents, community leaders and policy makers, housing access and affordability has become a central and urgent issue in cities across Hennepin County. As these diverse stakeholders come together to envision solutions that provide safe, dignified housing for all, Fair Housing Reframed will use the history and current organizing in Hennepin County communities to explore the racial segregation in housing that led to the Fair Housing Act, identify how racialized barriers to housing still manifest today, and create the community and political will to make change.

“Over the past two years, Mapping Prejudice has unearthed the racial restrictions buried in Hennepin County property deeds, building a map that shows the structural racism that undergirds the landscape of Minneapolis and its suburbs,” says Kirsten Delegard, Director of the Mapping Prejudice Project, a lead coordinator of the event series. “We are living with the legacies of these discriminatory deeds and it's time for us to grapple with this history. This series provides an opportunity to work collectively to connect the past to the present.”

The series will launch on June 21 at Sabathani Community Center with the “Mapping Neighborhood History: Reclaiming and Reframing Fair Housing” event, which will educate participants about the history of racial covenants and bank redlining and invite residents to share their stories and family histories to create new maps highlighting the historical and current assets in their neighborhoods. Galvanizing the community conversation, speakers will include 8th Ward Minneapolis City Councilmember and Council Vice President Andrea Jenkins; lifelong neighborhood resident and community leader, Greg McMoore; and Kirsten Delegard, Director of Mapping Prejudice.

“It’s an honor to host the kick-off of this event series,” says Cindy Booker, Executive Director of Sabathani Community Center. “The topic aligns with Sabathani’s mission and our community. Sharing the accomplishments and challenges of community life provides motivation and commitment to unite and provide opportunities for all.” 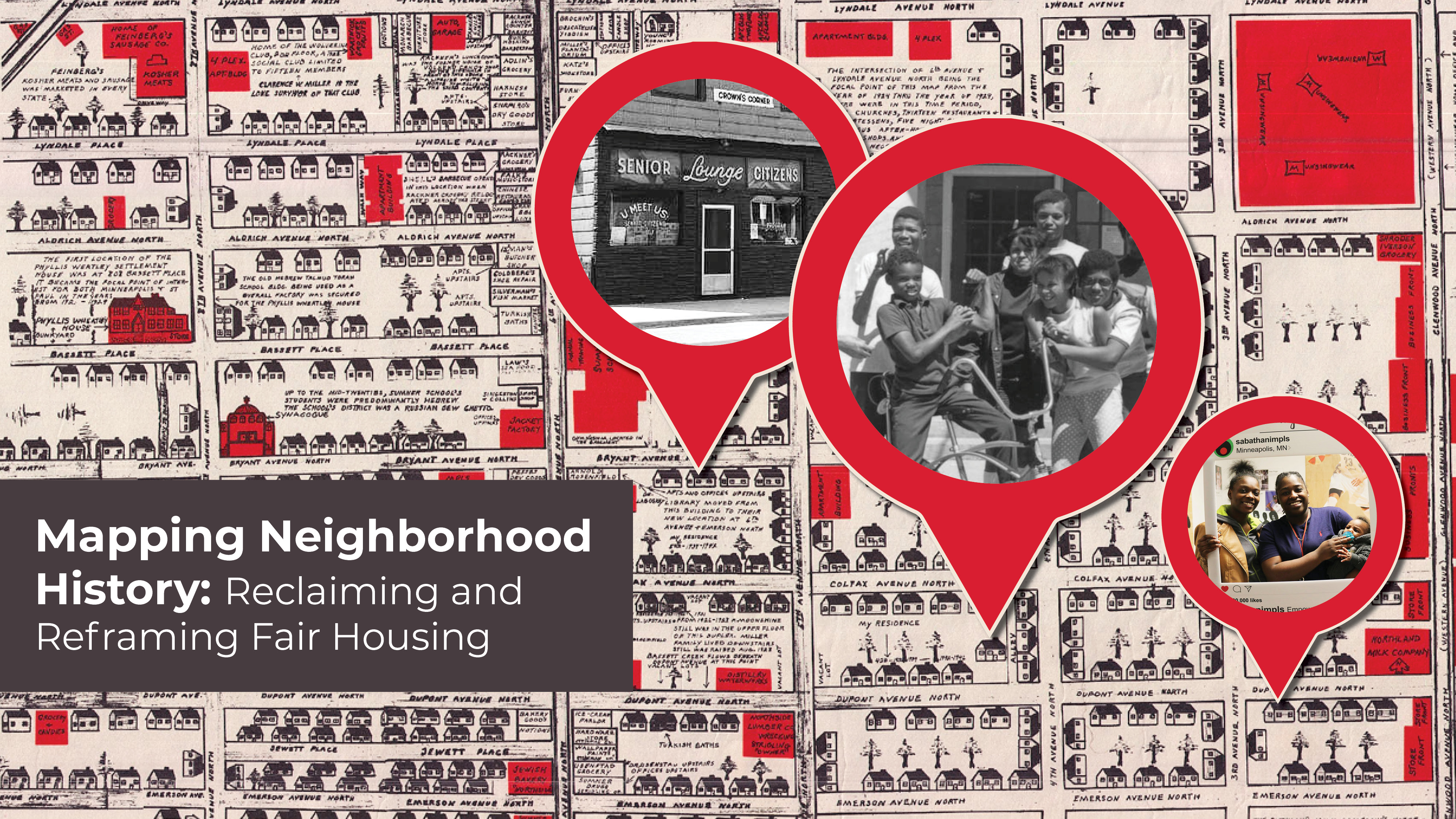 From June through October, the series will include events on redlining, predatory lending and housing discrimination at the Minneapolis Urban League and Urban Research and Outreach Engagement Center (UROC) in North Minneapolis, an exhibit and speaking engagements at the Hennepin History Museum, a bus tour through South Minneapolis and the Central Neighborhood, and screenings of the “Sold Out” documentary at Hennepin County libraries. The series will conclude with a panel discussion, including policymakers and community organizers, addressing the question: “Where do we go from here?”

“Housing issues are often discussed only from a spatial and infrastructural perspective,” says Nelima Sitati-Munene, Executive Director of African Career and Resources, Inc. “Through this series, we hope to center the narrative on the people whose lives have been upended to underscore that housing is a human issue. We aim to uncover the often overlooked public and private systemic actions — or inactions — both intentional and and unintentional that have led to these disparities. By uncovering these truths, we can articulate a call to action for long-term equitable and sustainable solutions that can right these wrongs.”

"The 50th Anniversary of the Fair Housing Act gives us an opportunity to look back at this history of racial segregation in housing in our own community, and use that history to better understand current disparities,” adds Cara Letofsky, Principal at Mill City Consulting, a co-convener of the series. “The fight for Fair Housing is far from over and the urgency is no less pronounced than it was 50 years ago. Through this series, we will engage a wide range of stakeholders and community members to understand our shared history, listen to directly impacted communities and create the political will to make changes moving forward.”

The “Racism, Rent and Real Estate: Fair Housing Reframed” event series is being convened by Mill City Consulting, Minnesota Housing Partnership and Mapping Prejudice, which is based at the Borchert Map Library at the University of Minnesota. More than a dozen community organizations are serving as co-hosts. The series is generously sponsored by the City of Minneapolis, Hennepin County, the University of Minnesota Imagine Fund, Aeon, CommonBond Communities, Family Housing Fund, and Wellington Management.