In its February meeting, the board of the Minnesota Housing Finance Agency heard highlights from the 2017 Program Assessment, approved the release of the proposed Housing Tax Credit 2020 Qualified Allocation Plan (QAP) for public comment, discussed the implications of a potential change to the administration of the project-based Section 8 program, and received an overview of the state's Draft Analysis of Impediments to Fair Housing Choice.

In her opening remarks, Commissioner Mary Tingerthal advised the board that she would be presenting an overview of the Affordable Housing Plan and Program Assessment Report to the Senate Agriculture, Rural Development, and Housing Policy Committee the following week. She also shared some of the highlights of the Program Assessment Report, including the third consecutive year that the agency has invested more than $1 billion in programming to serve low- and moderate-income Minnesotans; more than 4,000 loans for homeowners in 2017 alone with more than one-third going to households of color; and an even split in investment in the Twin Cities and Greater Minnesota for competitively awarded funds. 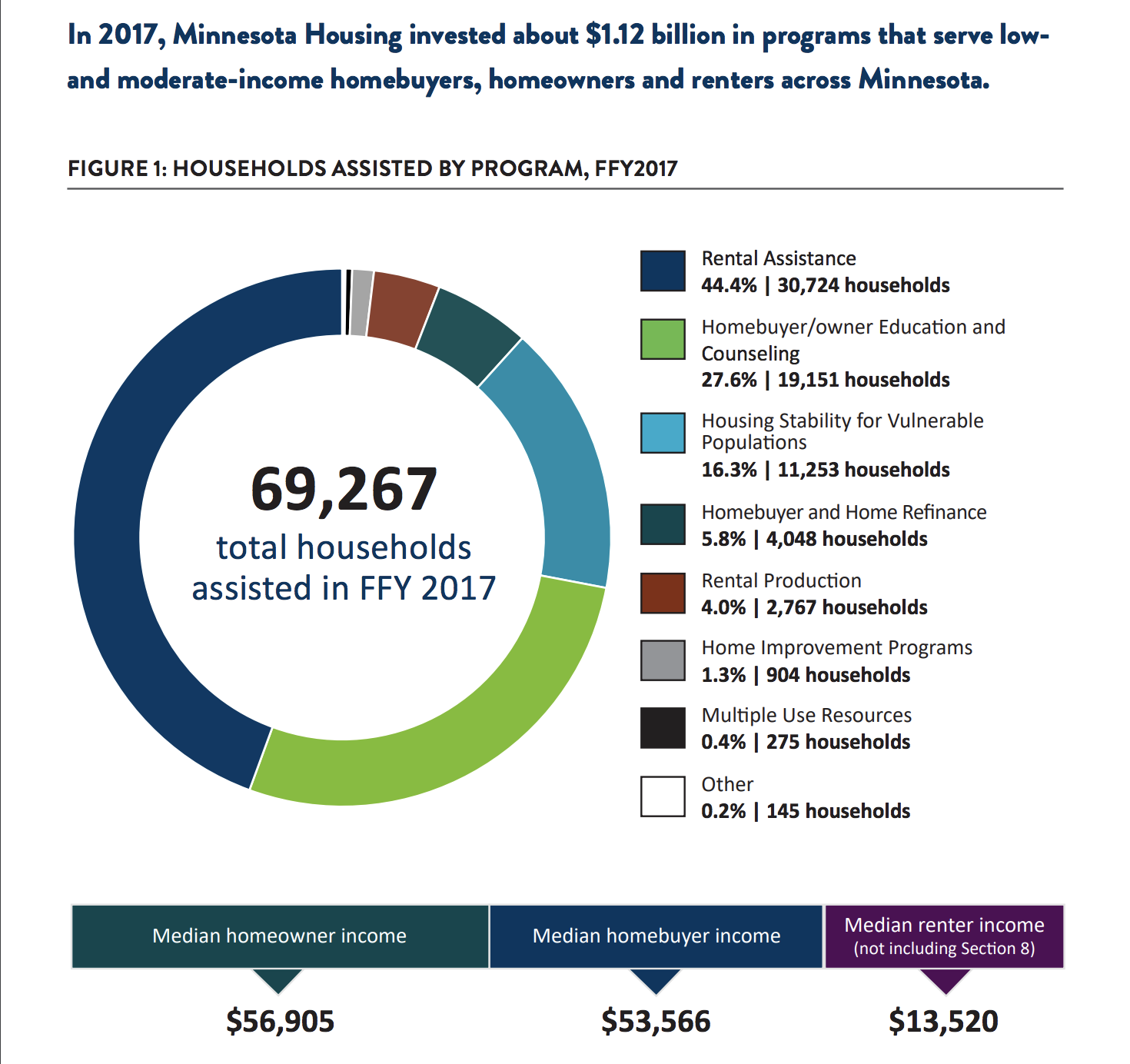 Tingerthal also highlighted the ongoing work of the Governor’s Task Force on Housing, praising the high level of engagement from stakeholders and attendance at the public meetings. She noted that the first of six regional forums will take place on March 14 in Austin.

The board approved the release of the proposed State of Minnesota Housing Tax Credit 2020 Qualified Allocation Plan (QAP) and the 2020 Housing Tax Credit Program Procedural Manual in draft form for public comment. The formal comment period for the 2020 QAP will be open through March 22 at 5:00 p.m. Documents and more information on avenues to provide feedback can be found here.

While the 2020 is not billed by the Agency as a major change, there are proposed changes in three categories based on their impact on: 1) projects with 9% credits allocated through SuperRFP; 2) tax-exempt bond/4% projects selected through the competitive RFP process; and 3) projects receiving tax exempt bonds through MMB and seeking an allocation of tax credits through the 4% only process. MHP will host a call on the proposed 2020 QAP on Wednesday, March 7, from 8:30 - 9:30 a.m. To participate dial 800-220-9875 and use the passcode 72658579.

Tom O’Hern, Minnesota Housing General Counsel, shared background and an update on a proposed change to the way HUD contracts with entities to oversee and administer the project-based Section 8 program. While Minnesota Housing has submitted comments opposing the change, HUD has divided the country into 15 sub-regions and indicated it will require entities to perform work for an entire subregion. Minnesota is in Region 2.1 with Wisconsin and Michigan, and Minnesota Housing has been in discussions with the Wisconsin Housing and Economic Development Authority and the Michigan State Housing Development Authority to respond to the HUD RFP.

Commissioner Tingerthal noted that the stakes are very high, in that the revenue from the this program (before costs) is $9 million per year, involves 10% of the Minnesota Housing staff and project-based Section 8 represents between 35,000 and 40,000 subsidized units across the state. She emphasized that over the past three years, Minnesota Housing has achieved a 100% score in its current performance-based contract and has been very proactive with the program. She said that there will be an expense to submit an application to HUD and the three entities will share the cost of hiring a consultant to development a robust response to the RFP. There will also be an expense for technology to administer a multi-state program, she added, and the agency will only move forward with a contract if Minnesota Housing can do better than break even.

The board approved a motion to delegate authority to the Commissioner to execute agreements among Minnesota Housing, the Wisconsin Housing and Economic Development Authority and the Michigan State Housing Development Authority necessary to respond to the HUD RFP for Performance Based Contract Administration (PBCA) of Section 8 Based Rental Contracts.

Jessica Deegan, Director of Federal Affairs, updated the board on the release of the Draft Analysis of Impediments to Fair Housing Choice, which the agency elected to update from its 2011 report to prepare for the new federal framework that will be required starting in 2020.

Deegan explained that the AI takes an economic opportunity approach that views housing as a vital component of the wider community development framework and involved robust community and stakeholder engagement, as well as review of the updated AI for the Twin Cities region completed in 2017. Deegan also highlighted some of the key findings in the 258-page report, including

Deegan noted that the draft includes 49 proposed action items and that the agency would be accepting public input until March 2. More information can be found here.

The next meeting of the Minnesota Housing board will be March 22. More information and the full February board packet can be found here.