State of Housing 2016 highlights challenges in rural and tribal communities 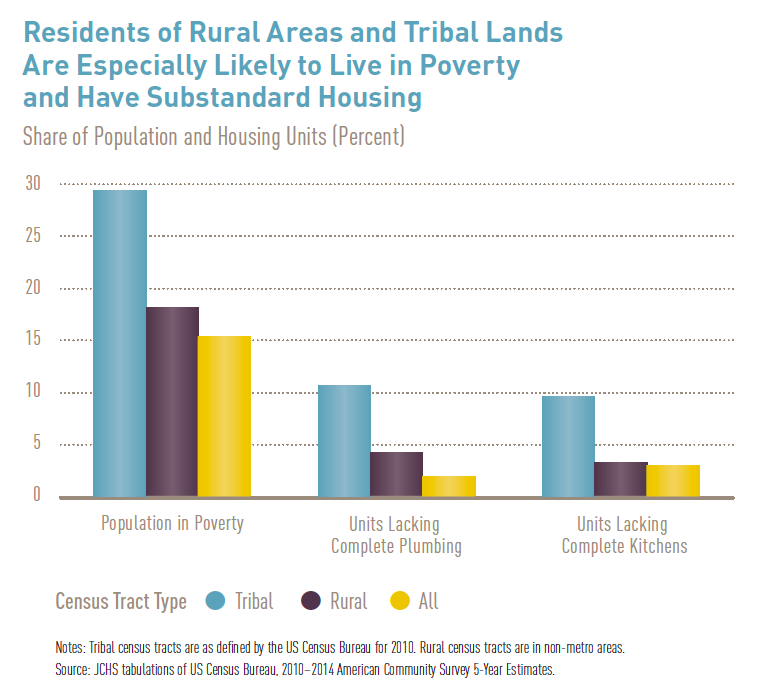 The national report provided further proof of what we at MHP know so well: rural and tribal communities face particular challenges when it comes to affordable housing.

Last week, the Harvard Joint Center on Housing released its annual “State of the Nation's Housing” report and, as many in the housing world opined, there was good news and bad news. While the housing market has recovered by some metrics, affordability has plummeted by many other standards with a historic number of cost-burdened renters.

While urban centers often dominate the conversation, the report specifically calls out the challenges of rural and tribal areas. As the Housing Assistance Council, a national nonprofit that helps build homes and communities across rural America, noted: "The report details ongoing challenges facing non-metro and tribal areas, where poverty rates are higher than the national rate. Substandard housing is a particular problem in these areas — housing in non-metro areas is twice as likely to have incomplete plumbing, and housing in tribal areas is five times as likely to have incomplete plumbing. Meanwhile, federal housing assistance targeted at rural and tribal areas is limited and has seen a decrease in funding."

Since 2009, our Community Development team has been working extensively in rural and tribal communities, not just in Minnesota but across the country. What have they learned? When it comes to closing gaps in housing there are many common challenges.

First and foremost, it's a matter of capacity. In a small town, with limited staff, people wear multiple hats. The Sheriff may also be the Mayor. The Housing Coordinator might need to fill in as the liquor store manager (true story). Having human resources dedicated to understanding the intricacies of affordable housing development is simply out of reach for many small towns or tribes.

Then, when it comes to funding, rural and tribal communities have it tough. While big cities get dollars directly from the federal government for housing projects, smaller communities have to compete with each other for funds from the state. That means, a senior housing project in one small community could be pitted against a supportive housing project just 20 miles down the rural road. Because staff time is constrained, it's not uncommon for the towns to be unaware of the others application, rather than collaborating to get the best result for their area residents.

Even when a project gets rolling, changing leadership can trip up the momentum. Whether the appointment of a new tribal council or a long-time city manager retiring, sometimes one person's priority isn't on the agenda of an incoming leader.

And there's a host of issues even once a community breaks ground. Community leaders are often uncertain what role they should play in the complex project — and residents are understandably anxious about an outside company coming into their community. And construction costs? In rural and tribal communities the fluctuations can be off the charts. 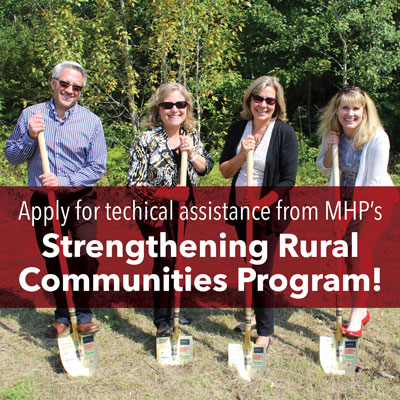 That’s why MHP has prioritized working in rural and tribal communities. With offerings like our Housing Institute and Strengthening Rural Communities Program, we bring the knowledge and know-how local leaders need to extend their ability to get housing and community development projects done. We also bring together regional stakeholders, so, instead of competing, communities are collaborating to get the best result for their area residents.

If your rural or tribal community is challenged by the state of housing, consider applying for technical assistance from MHP’s Strengthening Rural Communities Program. The application is short and the deadline is July 15. Learn more here!