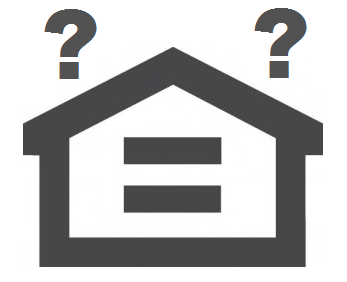 For more than 45 years those hoping to understand the full effect of the 1968 Fair Housing Act were in a fog. While the Act required HUD and other federal agencies to pro-actively further fair housing choice through housing and urban development programs, regulations clarifying what this meant and guiding how this should be accomplished were never developed.

This July, HUD released its final rule clarifying the obligations of entities receiving HUD funds to carry out the Fair Housing Act. Cities, counties, states and public housing agencies will now take on a significant set of new requirements which can potentially benefit disadvantaged people by strengthening efforts to connect them to employment and other community opportunities.

Before the new rule, HUD had long required grantees of HOME, CDBG and other community development programs to certify that they were “affirmatively furthering fair housing,” by identifying impediments to fair housing and taking action to address those impediments. But HUD’s guidance to grantees regarding what was meant by “impediment” was narrow, and closely tied to clear discriminatory action or unfamiliarity with the fair housing law. Nor did HUD require any proof of effort behind a grantee’s fair housing certification. Many advocates and local public officials considered the process nearly pointless.

This should all change as the new rule clarifying what is meant by affirmatively furthering fair housing takes hold.

Going forward all of HUD community development and public housing grantees must continue to address unlawful discrimination as in the past; but they must also act to address disparities in housing need and in access to opportunity. They must take action to end segregation and transform racially/ethnically concentrated areas of poverty into areas of opportunity. Furthermore, this duty to pro-actively and broadly promote integration and equitable access to opportunity extends not only to a grantee’s use of HUD funds, but to all of the grantee’s activities related to housing and urban development.

To document progress in fulfilling their new charge, recipients of HUD funds must now complete and periodically update a new document called “Assessment of Fair Housing (AFH).” In the AFH grantees:

A grantee risks losing HUD funding if its AFH is not accepted by HUD. For the AFH to be accepted, the grantee must appropriately identify contributing factors that exclude protected classes of people, such as people of color or those with disabilities, from areas of opportunity. HUD will also not accept an AFH if the goals outlined are inconsistent with the data and analysis, or are not designed to overcome whatever has been identified as a primary contributor to segregation or lack of access to opportunity.

This is a lot of change for grantees to adjust to, so HUD is providing technical assistance, on-line guides, and data to help grantees conform to the new requirements. The first AFHs will be due in April 2016, but states and small public housing agencies have later deadlines; Minnesota Housing’s AFH, for example, is due in 2022.

Challenges to the new rule are expected, both from those required to meet the requirements, and from Congress, where bills have already been introduced to prohibit HUD from spending funds toward the implementation of the rule. But should these challenges be withstood, and enough community development funding become available to support meaningful action, there will be tangible improvement in lives of millions of Americans now living in under-invested areas characterized by racial segregation and poverty.