$16.46 per hour required for 2 bedroom apartment in MN, finds Out of Reach report

On Monday, the annual Out of Reach report was released, with sobering findings for Minnesota. 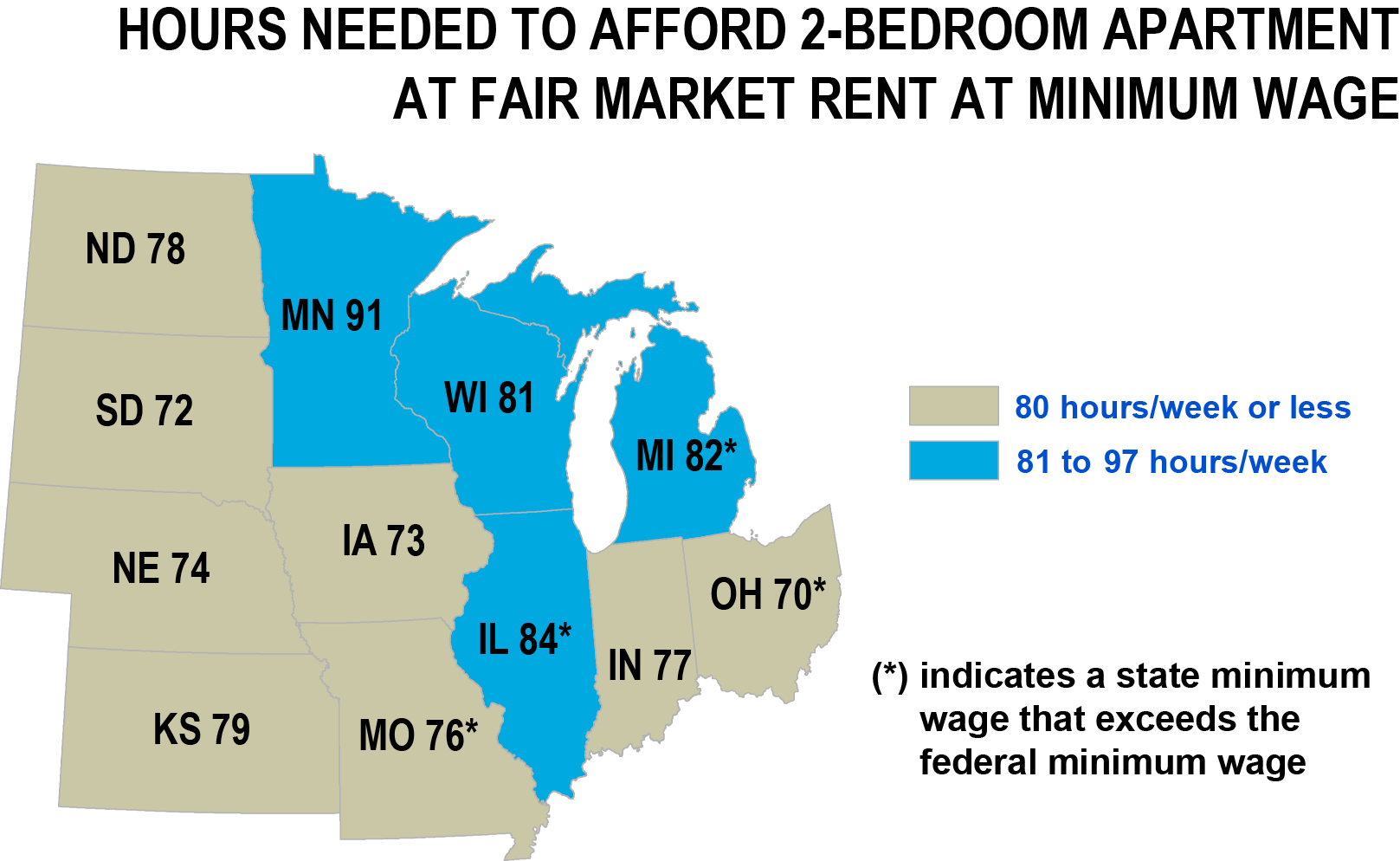 According to the report, a minimum wage earner in Minnesota would have to work 91 hours per week – or hold 2.3 full time jobs -- to afford a modest two-bedroom apartment in the state of Minnesota. For the fourth year running, Minnesota has ranked the worst in the Midwest for affordability for minimum wage workers.

The Minnesota Out of Reach 2014 report, released jointly by the National Low Income Housing Coalition and MHP in Minnesota, provides rental affordability data for every state, metro area, and county in the US.

In order to afford the rent and utilities for a safe, modest 2-bedroom apartment in the private housing market, a Minnesota worker must earn $16.46 per hour, 40 hours a week, all year long, the report found. By contrast, the typical renter household in Minnesota earns the equivalent of $14.49 per hour. Minimum wage workers earn only $7.25 per hour. 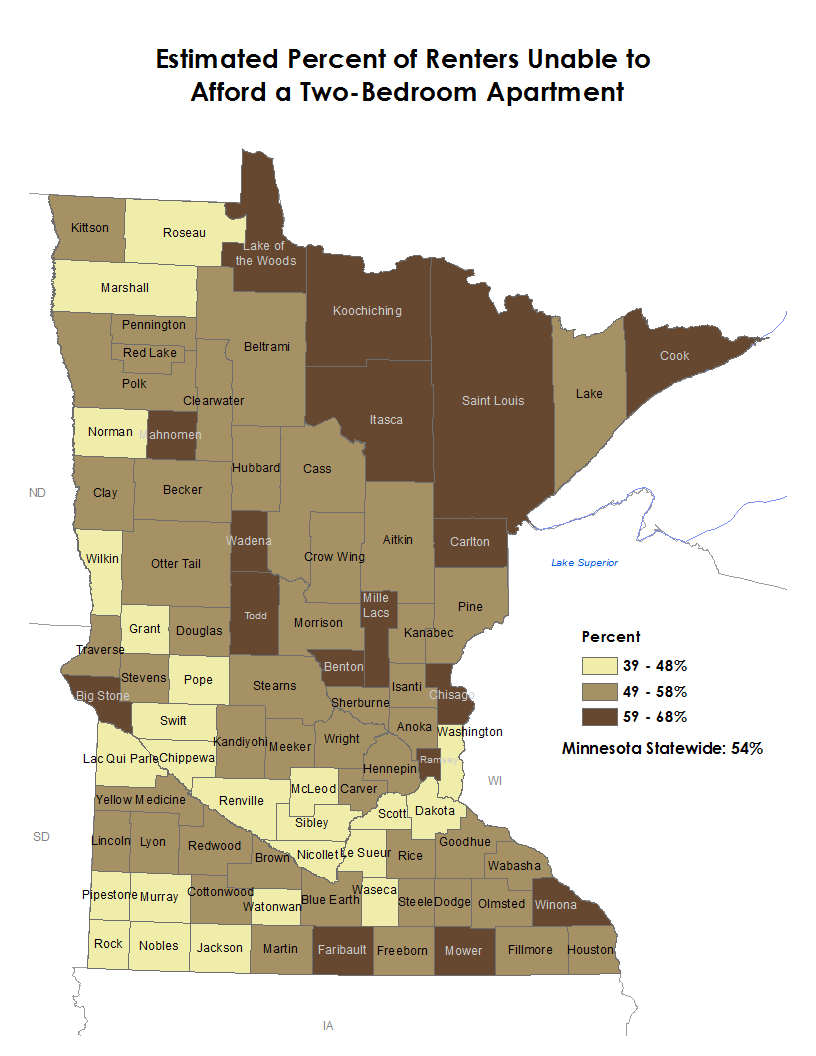 An estimated 54% of renter households in Minnesota currently do not earn enough to afford a two-bedroom unit at the "fair market rent" where they live, according to the data in the report. The counties least affordable to renters, given the incomes they earn, are distributed throughout Minnesota. Topping the list for counties with the highest estimated percent of renters unable to afford a two-bedroom apartment at the fair market rent are Wadena (68% unable to afford), Todd (66%), and Mower, Mahnomen, Winona, and Itasca Counties (64%).

At the same time, Twin Cities metro rents remain the most expensive, creating formidable housing challenges. A modest two-bedroom apartment requires a full time worker to earn $18.19 per hour year-round. Rochester comes as second most expensive, with rents requiring $16.60 per hour to be affordable.

And what about the minimum wage?

This year's Out of Reach report is especially relevant given the minimum wage debates raging in Minnesota. If $9.50 per hour minimum wage legislation is passed in Minnesota, the number of hours a minimum wage worker would need to work to afford rent for a two-bedroom apartment would fall from 91 to 69 per week. This would certainly be an improvement for minimum wage earners, but would leave families with only one earner still struggling.

We can do better

Out of Reach findings remind us why MHP has joined over 100 other organizations in the Homes for All alliance in seeking $100 million in bonding for housing at the state legislature.

Liz Kuoppala, Homes for All co-chair and the executive director of the Minnesota Coalition for the Homeless stated in response to the report, "Bonding for housing is one of the most powerful tools we have to address homelessness and unaffordable housing. With shovel-ready developments ready across the state, now is the time to invest in housing."

How your county stacks up

If you want to learn how much a two-bedroom apartment costs in your area, what a household needs to earn to afford it, be sure to download the full report. You can find additional maps and charts in the full report.

Questions about Out of Reach? Contact Leigh Rosenberg at This email address is being protected from spambots. You need JavaScript enabled to view it. or 651-925-5543.