Summertime Roundup: First study on discrimination against same-sex couples and other resources

This resource roundup features a first-ever study on housing discrimination based on sexual orientation in the US. Other resources reveal distressing facts about rental markets for low-income families, recommendations for rental assistance programs, and an updated tool to calculate a modest living budget.

Discrimination against same-sex couples in the rental market 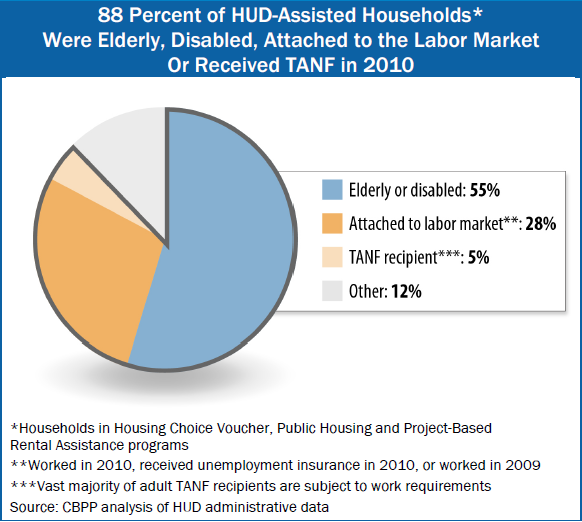 An analysis by Center on Budget and Policy Priorities found that in 2010, 88% of households that received rental assistance were elderly, disabled, working, or were accessing work programs. As funding for rental assistance continues to shrink, the report suggests, it is a good idea to consider developing programs that provide skills and work experience so that families can afford rent without or with less subsidy. At the same time, it is important to remember that employment programs should not divert limited resources from housing assistance programs.

Economic Policy Institute (EPI) recently updated its Family Budget Calculator, which measures the income needed for a secure, yet modest living standard. EPI’s budget calculator is designed to avoid shortcomings of official poverty measures such as the federal poverty line and Supplemental Poverty Measure (SPM). For example, the federal poverty line measure was designed in 1963 and does not reflect changes in the array of goods households considered necessary for a minimum standard of living. The SPM, which offers a more complete measurement than the federal poverty line, is still limited in its calculation of childcare and housing costs.

In the Twin Cities area, the study finds the basic budget for a family of two parents and two children to be $73,526. The monthly housing cost is $920, which accounts for 15% of the family budget. In the Duluth area, a similar family needs $68,706 to maintain a modest living standard, of which $725 is spent on housing each month. Data is also available for St. Cloud, Mankato, rural Minnesota, and several other larger communities, as well as on the Wisconsin and North Dakota borders.

State of the nation’s housing 2013: distress for low-income renters

The 2013 State of the Nation’s Housing report, released by Harvard University’s Joint Center for Housing Studies, found that the number of severely burdened households (i.e. paying more than 50% of income for housing) increased by 49% from 2001 to 2011. The burden of housing costs forced low-income families to cut down on spending on other necessities such as food, clothing, and healthcare.

Between 2007 and 2011, there was an increase in extremely low-income renters, while the number of housing units affordable to this group of renters continued to decrease in the same period. Funding for federal housing assistance programs suffered cuts, which led to a loss of 10,000 public housing units in 2011.