Representative Keith Ellison reintroduced the Common Sense Housing Investment Act (H.R. 1213), which would reform the Mortgage Interest Deduction and to use the billions saved to fund affordable housing programs, for renters in particular.

H.R. 1213 would create a new balance between homeowners and renters to make federal housing resources more accessible and better targeted to those struggling with housing needs.

MHP, along with the National Low Income Housing Coalition, is actively supporting this legislation and invites others to lend their support, since passage will require a lot of education and hard work.

Closing the income gap among homeowners

Currently the Mortgage Interest Deduction (MID) is claimed by those who itemize their taxes rather than take a standard deduction. However most Americans, in particular lower-income families, do not itemize their deductions and do not take advantage of the MID. If enacated, H.R. 1213 would help close the gap between high-income and moderate and low-income homeowners by converting the MID into a 15% non-refundable tax credit. This would enable moderate and low-income homeowners to benefit come tax time, even without itemizing tax deductions.  By reducing the size of a mortgage eligible for a tax break from $1 million to $500,000, H.R. 1213 will be directing more of its assistance to lower-income homebuyers.

It's time to think of renters too

In large part because of the MID, federal housing policy overwhelmingly favors homeowners over renters. Despite a much greater chance of living in unaffordable housing, renters in this country have few tools to support their needs.  H.R. 1213 will still reward homeownership, but will also use the billions saved annually from the restructuring of homeownership assistance to fund several important housing rental programs without costing the federal government any additional money.

$196 billion (over ten years) will be saved by going from a mortgage interest deduction to a credit on a reduced mortgage amount.  H.R. 1213 proposes funding the following housing programs:

Americans favor the type of policy reform that Rep. Ellison proposes with H.R. 1213

A recent poll commissioned by the National Low Income Housing Coalition, a supporter of H.R. 1213, shows that most Americans (76%) support the MID, but that there is strong support for reforming it to make it more beneficial for middle and low income homeowners. The results show that 56% of Americans favor replacing the MID with a tax credit to help ensure benefits to lower income homeowners. The poll also found that 63% support reducing the cap of the MID to $500,000. Support for this reform is tripartisan: Democrats (68%), Republicans (61%) and Independents (62%).

In addition, 68% of Americans believe that not being able to find affordable housing is a large or very large national problem. The survey found that 69% of Americans support federal programs to build or rehabilitate affordable rental housing. 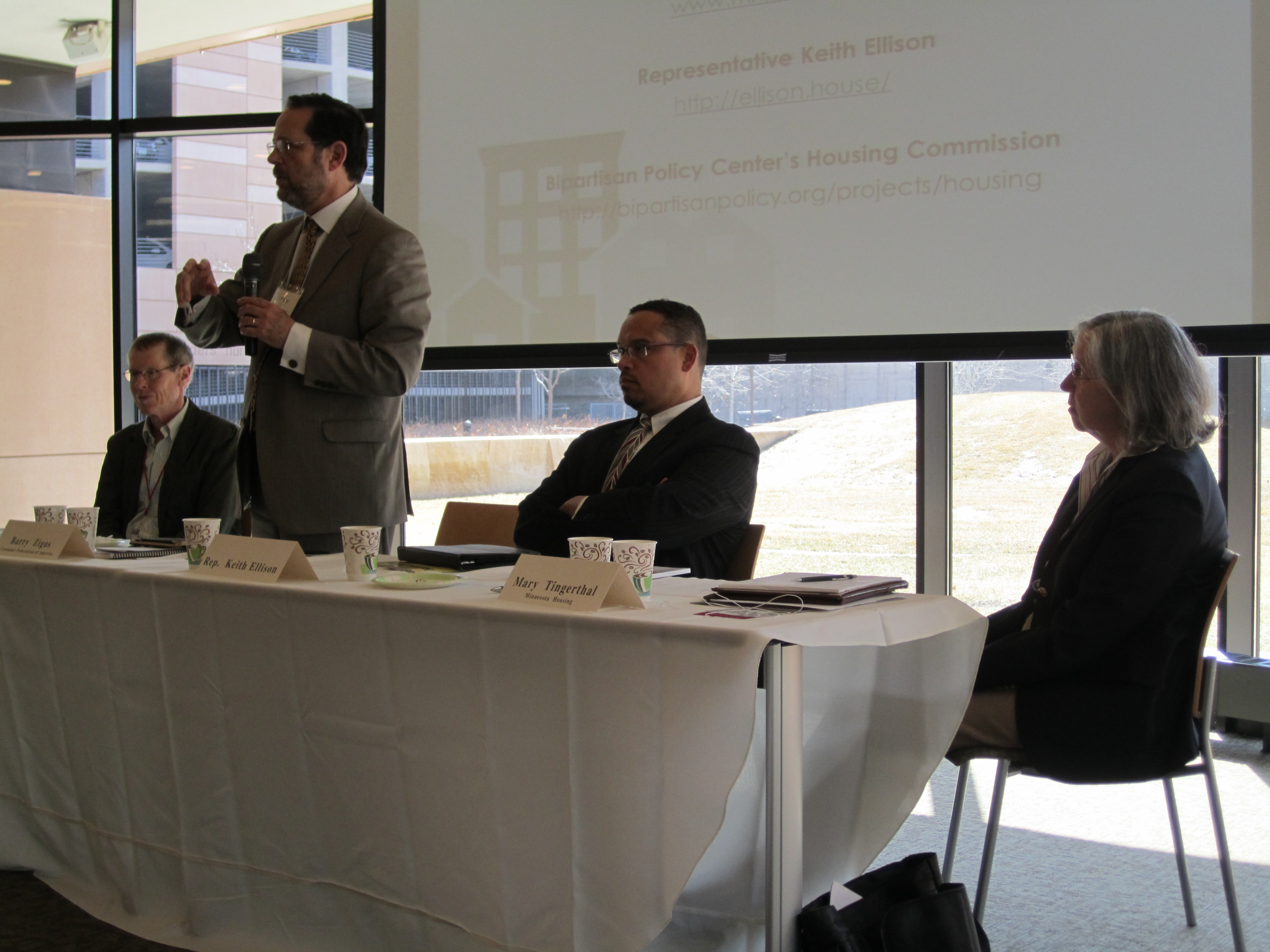 Rep. Ellison and co-sponsors, Rep. Barbara Lee (D-CA) and Rep. Jan Schakowsky (D-IL), are answering the call to change the MID to make it more equitable and to use the billions saved to improve the lives of the lowest income Americans.

What can you do?

1. If your organization supports H.R. 1213 and needs help writing a letter to the editor, or needs help organizing a local policy event that involves H.R. 1213, please contact MHP's Brandon Gil ~ This email address is being protected from spambots. You need JavaScript enabled to view it. ~ 952-270-1207

2. Join United for Homes, a campaign for the National Housing Trust Fund and a strong supporter of H.R. 1213.  The NHTF will provide America's poorest families with safe, affordable housing.