What the 2012 US Elections Mean for Housing 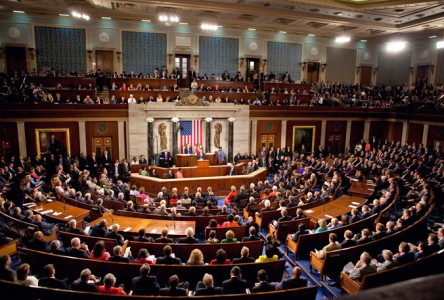 us-capitol-0105-444x300With the results of last week's elections now in the books, we've been thinking about what the outcomes will mean for housing, both in Minnesota and nationwide. This post puts the national scene under the lens, as we wind down this year and plan for the 113th Congressional term.

Since the parties controlling the House, Senate, and executive branch have not changed, it's reasonable to expect serious dissent within Congress about national policy priorities to continue.

Here in Minnesota, one congressional seat shifted from red to blue, as Rick Nolan defeated Rep. Chip Cravaack in the Eighth District. MHP will monitor Rep. Nolan's commitment to affordable housing during the next two years and encourage him to adopt positions supportive of housing. There is already some indication that he will be supportive of housing, based on an endorsement by long-time advocate and St. Louis County Commissioner Steve O'Neil. "I have been impressed by the commitment we share to finding affordable housing for all our citizens," said O'Neil.

Rep. Keith Ellison's re-election makes is possible for this Congressperson, a long-time supporter of housing, to move forward with his plan to introduce a bill to reform the mortgage interest deduction. This reform would save the federal government billions annually, and better target mortgage interest tax breaks to middle-income and low-income Americans.  Under Rep. Ellison's proposal, the savings would be used to
fund affordable housing.

The Fiscal Cliff and Sequestration

The most immediate concern for housing advocates is the looming "fiscal cliff." The fiscal cliff refers to the effect of a series of laws passed earlier this year which will result in, among other things, substantial cuts to housing and community development programs.

The Budget Control Act of 2011, one of the laws behind the fiscal cliff, requires automatic, across-the-board spending cuts to both defense and non-defense discretionary spending. These cuts, known as "sequestration", are to begin on January 2, 2013.  If no bill is passed to replace sequestration with targeted cutbacks, the cuts will total $110 billion per year from 2013 to 2022, split evenly between defense and non-defense discretionary spending.

If sequestration is not avoided, housing and community development programs will face an estimated 8.2% cut in funding in 2013. Cuts of this magnitude would mean, for example, that an estimated 2,587 Minnesota families would lose housing choice vouchers and be forced into unaffordable housing or homelessness. This estimate does not include losses for people using other HUD programs.

President Obama, hoping to avoid sequestration, is expected to introduce a framework for deficit reduction later this month.

HUD Secretary, Shaun Donovan, who is expected to retain his Secretary position next term, spoke to housing advocates earlier this week in D.C. He said that a major focus of Congress over the next six months will be tax reform. This could change the nature of homeowner tax deductions, and as well the Low Income Housing Tax Credit.

Donovan is encouraging advocates to deliver the message to Congress that the nation's budget should not be balanced on the backs of the most vulnerable. This message is important as Congress considers how to deal with tax reform.

A second term for President Obama also means that several of his housing-related policy innovations may be extended or developed further.

Early in the President's second term, there is likely to be a push to restructure the government's secondary mortgage market companies, Fannie Mae and Freddie Mac. In addition to their roles in homebuyer financing, these institutions provide rental property financing and may serve as potential funding sources for low income housing programs.

The Office of Sustainable Housing and Communities, initiated early in Obama's first term, was created to foster collaboration between HUD, DOT, EPA, and other departments to promote sustainable, environmentally friendly housing and community development.  A loss for Obama likely would have meant a full collapse of this collaboration, which is currently carrying out funded programs that began earlier in the President's term.