MHP's "2 x 4" Report for the 2nd quarter of 2012 was released today, and it shows continuing improvements for homeowners, but renters and the lowest-income families are falling farther behind. Home prices are starting to rebound, but rental costs are rising rapidly, putting families and children at risk, especially for low-wage workers and the unemployed. 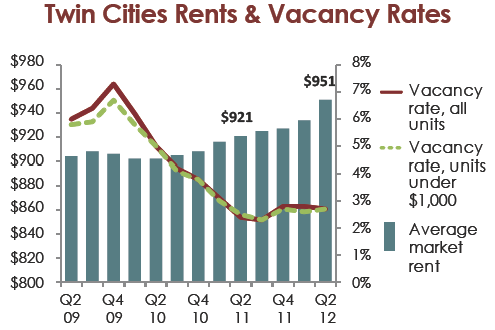 What's going on? The Twin Cities metro area saw an average increase of $17 for rents from last quarter, the largest single-quarter jump since 2001. The vacancy rate is still quite low in the area, making affordable rental housing even harder to come by and pushing rents higher. Homelessness is also on the rise, according to data from the Minneapolis, St. Paul, and Duluth school districts, as well as from Hennepin County. In addition to higher rental costs, ongoing long-term unemployment is playing a role in rising homelessness. 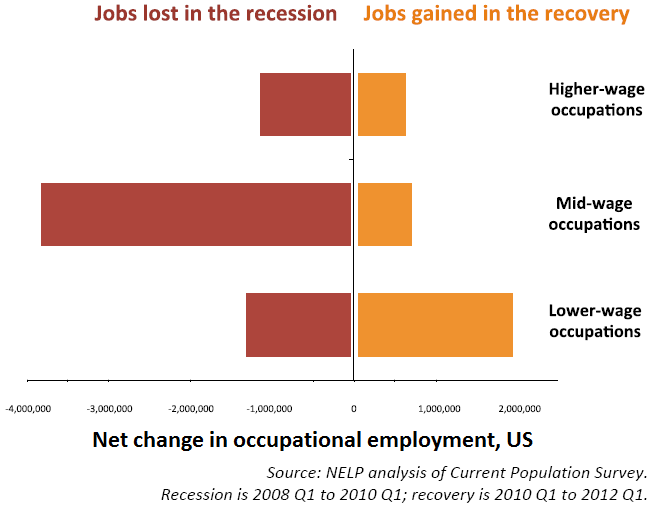 nelp jobs lost gainedWorth noting is that while the recovery from the Great Recession is generating some jobs nationally, the quality of many of the jobs is questionable, with most being lower-wage jobs. Here in Minnesota, 42% of job vacancies are for part time jobs, according to MN DEED.

On the ownership side, the rise in home prices in the Twin Cities metro may be attributed in part to a near decade-low average of for sale on the market this quarter. The number of home foreclosures has remained relatively stable over the past three quarters, while pre-foreclosure notices were down. As a result, July median home sale prices were up 14.3% since last July, a positive sign after years of price decline.

Here's a "By the Numbers" rundown of the Q2 2012 data - and check out the full 2x4 Report too for more data and analysis!

We'd love to hear your thoughts, so leave a comment! Also, check out the media coverage that we've had on this report.