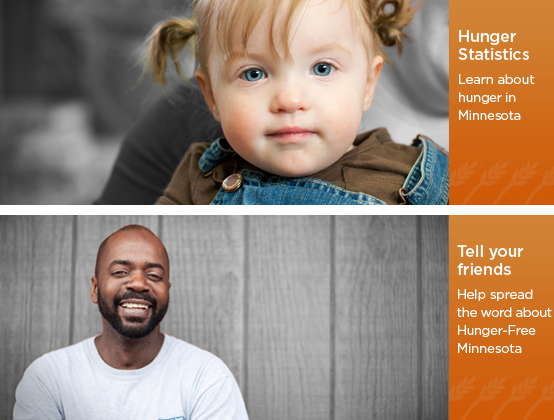 While hunger might sound like a problem limited to developing countries far away from Minnesota, the reality is that many people right here at home cannot get the basic nutrition they need. Recent increases in hunger have been tied to increased housing costs.

Unfortunately many Minnesotans are impacted by hunger, and the number appears to be rising dramatically. According to Hunger-Free Minnesota, 583,000 or 1 in 10 Minnesotans face hunger. The number of people served annually through Second Harvest Heartland's network of member agencies doubled between 2005 and 2009.

There is a clear link between housing and hunger. According to a recent Minnesota survey, in 2009:

Lindsi Gish of Second Harvest Heartland tells MHP that they often hear from the people they serve about the choices they face between housing and food.

"We hear over and over again that people have to make tough choices about how they spend limited money. They feel that food is the one thing they can actually cut their spending on. Rent and mortgages are one of the biggest fixed expenses for families," said Gish.

This reminds us of MHP's 2008 study of Section 8 applicants in Minneapolis. When asked what they would do with money left over if the cost of housing went down, the most common response was that they'd buy more food 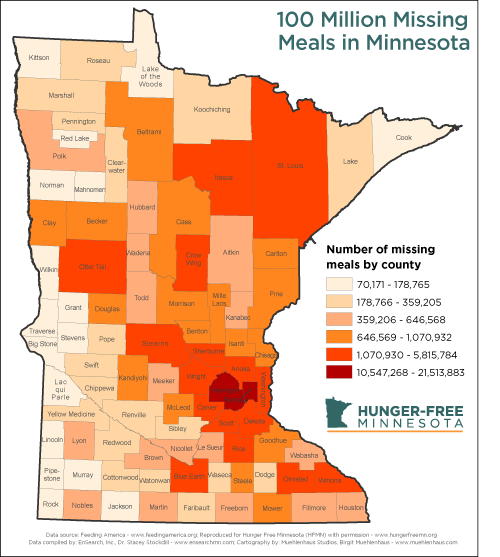 Finally, spending on food by the median household fell dramatically over the past decade, a new Food Research and Action Center (FRAC) study finds. Black and Latinos are impacted disproportionately.

In 2010 the median spending on food by Black and Latino households nationwide had fallen to, or below, the bare bones "Thrifty" food plan level, a depression-era level considered inadequate to meet basic nutritional needs.

The report adds that the squeeze on food spending can be largely attributed to a decade of falling incomes and rising housing costs, especially for lower-income groups.

This sobering hunger data reminds us, again, of the importance of ensuring decent, safe and affordable housing for all Minnesotans.