If you are finding housing studies of those in need painful these days, you're not alone. Still, there's a lot of good research happening out there to help us understand the issues and make the case for affordable housing. This month's featured resources include US studies on rising segregation of neighborhoods and the impact of rent burden on kids, plus a report on how to meet the housing needs of the world's urban poor in the era of climate change. (Sit down before you read that one.) In some good news, Minnesota is cited as a model for two state policies to help adults age in place.

Fewer Americans are living in middle income neighborhoods and more rigid segregation by income and class, finds a new study. Overall, the proportion of families living in middle income neighborhoods declined from 65% in 1970 to just 44% by 2007. The isolation of the top 10% of families by income has become greater than even the isolation of the poor, the report finds. Segregation by class is particularly prominent for racial minorities. For example, low income Black households are significantly more isolated from middle-class Black households than is the case for white households. The study, Growth in the Residential Segregation of Families by Income, 1970-2009, looked at metro areas of 500,000 or more.

A second study finds more people living in extremely poor neighborhoods. The number of extreme-poverty census tracts, where poverty rates exceed 40%, rose by one-third over the past decade. This change erased the gains of the 1990s and resulted in more poor households crowding into increasingly poor neighborhoods. The Minneapolis-St. Paul metro area saw a 2.7% increase in share of the poor population in extreme-poverty tracts. The Twin Cities metro ranked near the middle in the magnitude of change in comparison to the 100 metro areas studied. The Brookings study, The Re-Emergence of Concentrated Poverty, includes profiles for each of the 100 metro areas. 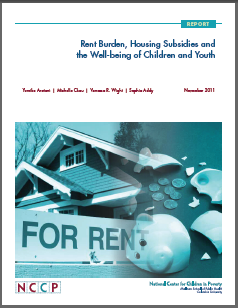 In a new report, rent burden was found to have risen among households with kids between 2005 and 2009. The report, entitled Rent Burden, Housing Subsidies and the Well-being of Children and Youth, also synthesizes studies of the impact of housing cost burden and receiving housing subsidies on the well-being of kids. The cited research finds that low-income families living in unaffordable areas or with high rent burden may be more likely to experience food insecurity, have limited access to healthcare, live in overcrowded homes, and children may be more susceptible to repeating grades. On the other hand, receiving housing assistance can promote the well-being of children and youth. More study is needed, however, given sometimes conflicting findings of the studies summarized in the report. The National Center for Children in Poverty (NCCP) report concludes with suggestions for improving housing assistance programs. 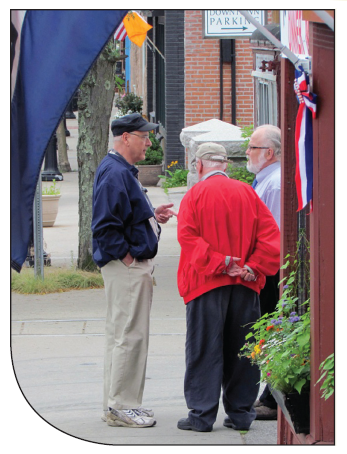 AARP with the National Council of State Legislatures recently released Aging in Place: A State Survey of Livability Policies and Practices examining state policies to help older adults age in place. The policies include integrating land use, housing and transportation; efficiently delivering services in the home; providing transportation choices, particularly for older adults who no longer drive; and improving affordable, accessible housing. Kudos to Minnesota, which is cited as a model state for human service/transportation coordination as well as building standards that promote accessibility.

Adapting to Climate Change: Cities and the Urban Poor

Adapting to Climate Change: Cities and the Urban Poor, released by the International Housing Coalition, discusses the disproportionate impacts climate change could have on the poor in rapidly urbanizing areas, and the need for appropriate responses from government, private sector, and researchers to address this problem.