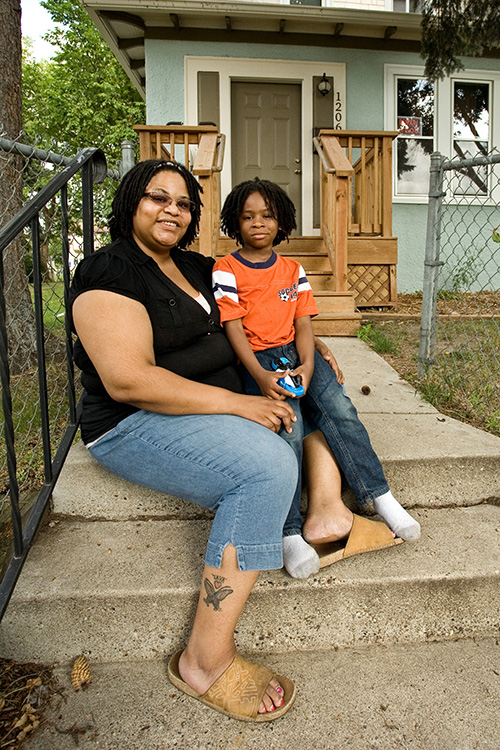 At the heart of the Urban Homeworks mission is the importance of building together. Evoking the UHW logo, Schwitters describes the organization as “one tool in the tool-belt.”

There is no single tool that can effectively serve to build us toward the dreams, desires, and demands to which we aspire as a community. There are only tools, plural. -Chad Schwitters

A great example of UHW’s collaboration in action is the story of Lovell Square, a development of ten sites in north Minneapolis. The project began in 2010 when the City of Minneapolis foreclosed on a scattered-site development of twenty units.

After the City asked if UHW would consider developing it, the Urban Homeworks team went to work trying to pull together the initial funds. In just a few weeks, members of Christ Presbyterian Church raised $50,000 for the project, which was then paired with funds from other partners. 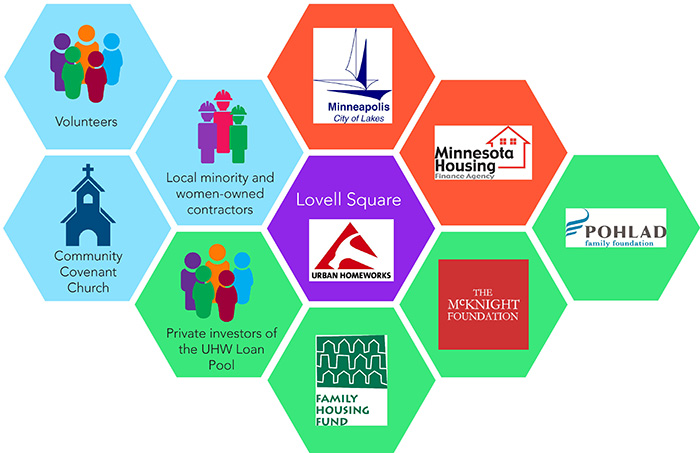 A large base of community advocates and committed volunteers also backed the project, which Schwitters describes as yet another redemptive feature of PODs due to the eye-opening effects of being part of the development process for many volunteers.

Many of the volunteers contribute labor and leave with a new perspective that influences their understanding of the “urban poor” and how they can play a part in breaking down barriers they have (intentionally or unintentionally) been a part of creating. -Chad Schwitters

Lovell Square also served as training ground for UHW’s construction training program, which utilizes the construction sites as classrooms where trainees build skills and rebuild their own neighborhoods while working to obtain their GEDs. 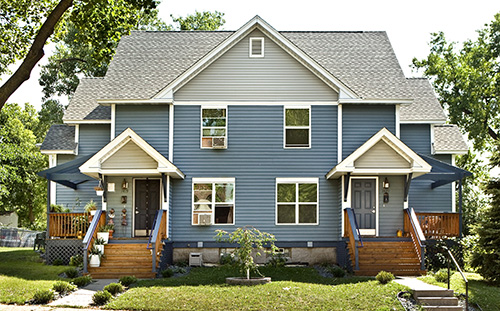 A multifamily home in Lovell Square.Work that couldn’t be carried out by volunteers and trainees, was contracted out to local minority and women-owned contractors and subcontractors. Eight-six percent of the redevelopment costs from the projects that year went to local contractors, which, in turn, helped build local businesses and strengthen the local economy.

Urban Homeworks benefits from the policy work of MHP in advocating for state and federal resources and other timely policy initiatives. This work is undertaken along with our nonprofit, for-profit, and governmental partners.

“It feels like my head is down most of the time doing whatever I can to take one more name off our 443-person wait list. I need to have people who have their head up on the policy level being the vigilant watchdogs on our behalf and warning us when toxic legislation is coming in the back yard.” –Chad Schwitters

In addition, MHP’s work raises public awareness of the need for and value of affordable housing.