December 2012 | Finding transportation can be a challenge for many low-income seniors. For residents of Episcopal Homes' Kings Crossing Apartments, public transportation and retail shops are just an elevator ride away. With small businesses on the street level, Kings Crossing is part of Frogtown Square, a new mixed-use development in St. Paul, Minnesota. Adjacent to the future Dale Street light rail station, this "transit oriented development" has been recognized by U.S. Housing and Urban Development Secretary Shaun Donovan as a model for redevelopment.

In 2007, community organizations in Frogtown formed a coalition called Northeast Dale-University (NEDU), LLC to revitalize a deteriorated and sometimes dangerous intersection. NEDU members envisioned a mixed use complex, increasing safety and walkability of the intersection.  NEDU would manage the business space at street level and Episcopal Homes would develop and manage the housing portion above. Dr. Beverley Oliver Hawkins, President of NEDU and CEO of Model Cities, noted that Episcopal Homes was "instrumental in making our vision a reality."

Composed of 49 one-bedroom units, Kings Crossing provides quality affordable housing to low-income seniors. Residents have access to education, volunteer, and community-building activities. A large meeting room allows community organizations and residents to come together to discuss common interests such as the impact of the construction of Central Corridor Light Rail, community gardening, and area business development. 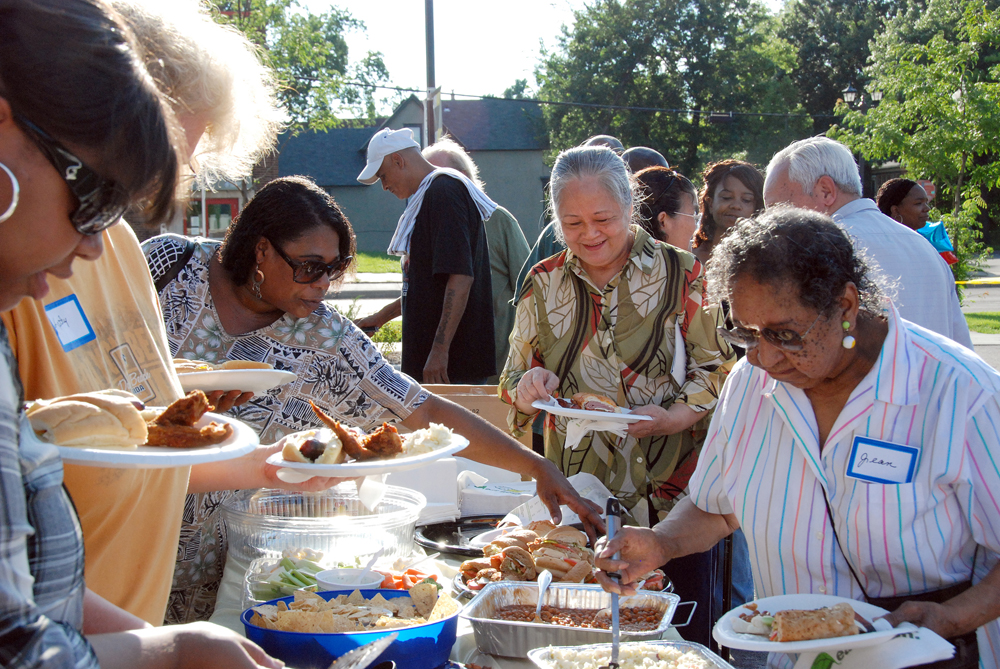 Prior to moving into Kings Crossing, Bun Than Van and his wife Sovanny Hak, bounced around from one housing situation to the next. The sixty-year old couple had immigrated to the Twin Cities after being victims of torture in their home country. They stayed with friends and family members temporarily, but the couple needed a permanent home.  Unable to speak English, they were able to do odd jobs at the Hmong American Partnership but didn't earn enough to afford St. Paul rents.

Having stable housing for the first time in decades has transformed the couple's lives. Bun no longer suffers from trauma-induced nightmares. The couple has enrolled in English, math, and computer classes at a local learning center. They have also mastered public transportation to get around.

Under the HUD Section 202 income guidelines, Bun and Sovanny are able to live in an affordable one-bedroom unit at Kings Crossing for zero rent.  Sovanny notes they want to work their way up so that they can pay rent and taxes.  They see paying rent and taxes as a way of saying "thank you" to the country that has blessed them with all they ever wanted in life: freedom, opportunity, and safety.