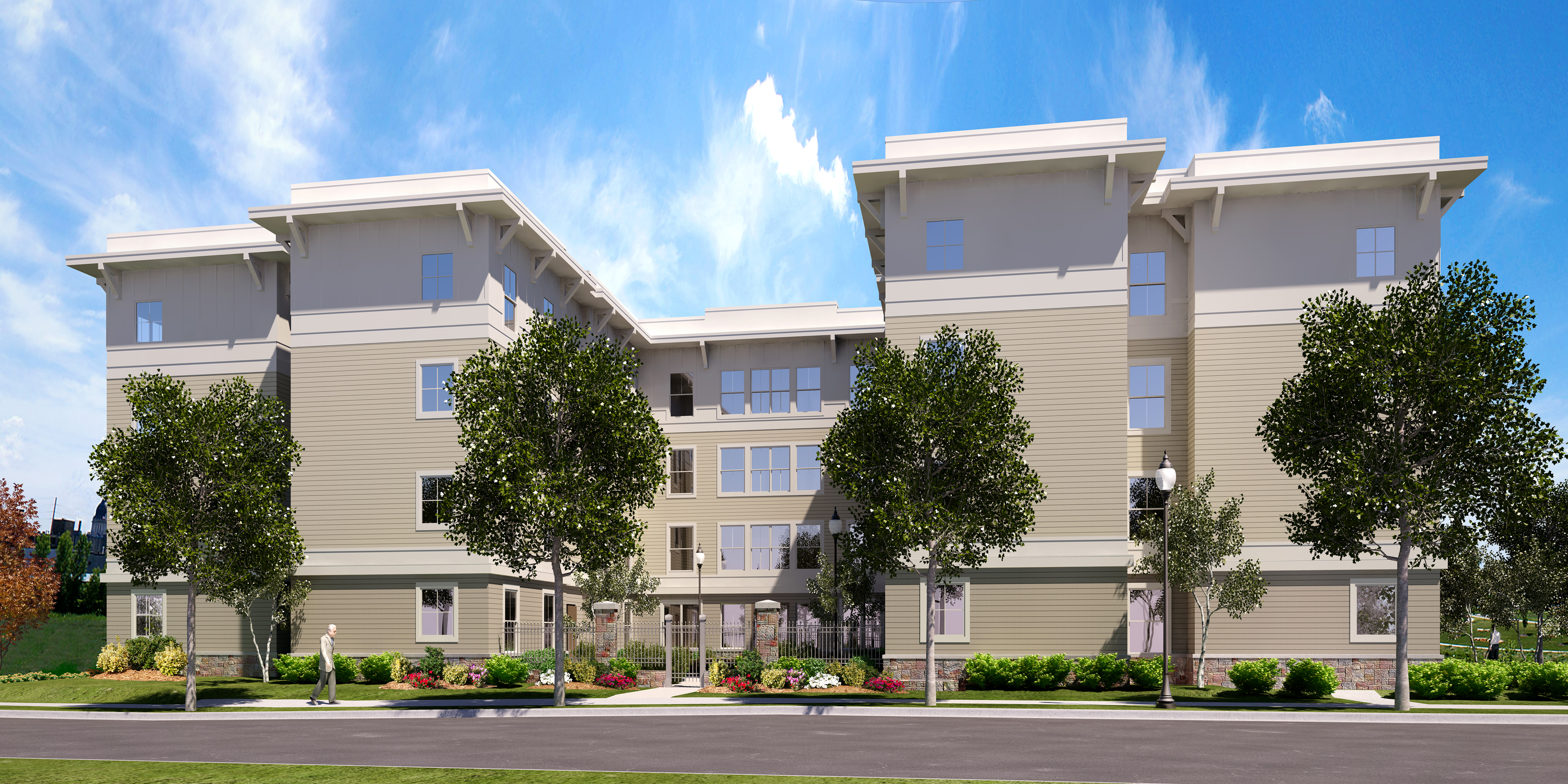 May 2012 | Thomas T. Feeney Manor, a 48-unit assisted living and memory care community for low-income seniors, was developed by the Minneapolis Public Housing Authority in 2011.  Opening in February 2012, Feeney Manor became the first public housing community in the nation to offer enhanced assisted living and comprehensive memory care housing to low-income seniors. Previously, MPHA had to ask seniors with memory problems to seek alternative housing when they became too difficult to manage. Now, residents can continue living with dignity as they age.

MPHA partnered with Augustana Care, an organization with over 115 years of experience in serving elders and others in need, to manage the facility and provide assisted living and memory care services.  Half of Feeney Manor's units are devoted to memory care residents and half are enhanced assisted living care units. Augustana Care works with each resident to ensure they get the appropriate level of care for their physical and cognitive needs

Feeney Manor is physically linked to MPHA's new Heritage Park Senior Services Center, a multi service Health and Wellness facility for public housing seniors and other elders in the community. The unique partnerships and connection to Heritage Park Senior Services Center allow residents access to an array of medical, rehabilitative, social and recreational services and opportunities without having to leave the building.  The physical and programmatic link to the new Heritage Park Senior Services Center brought in additional collaborations and supports for Feeney Manor including the YMCA, Courage Center, Neighborhood Health Source, Augustana Open Circle Adult Day program and the Minneapolis Highrise Representative Council.  Feeney residents are able to utilize the services and programs offered by MPHA's partners.

Thomas T. Feeney Manor was developed under a 'Green Initiatives' American Recovery and Reinvestment Act (ARRA) award from the Department of Housing and Urban Development (HUD). Securing $9.7 million from this competitive funding source, MPHA was able to incorporate environmentally efficient elements into the project's design.  For example, Feeney Manor is heated and cooled exclusively through a series of geothermal wells. About 10% of its electrical power comes from solar energy sources. The geothermal and solar energy features greatly reduce the long-term utility costs for the building, so that funds can be utilized for meeting other needs of the facility and its residents.

The 'Green Initiatives' award enabled MPHA to access additional HUD subsidies for the ongoing operations of the facility. The City of Minneapolis provided additional infrastructure funds, with Hennepin County and Met Council contributing to environmental and soils corrections.  MPHA was also able to secure over $100,000 in energy rebates from local utilities for innovative and energy efficient construction and the eco-friendly furnishings that were purchased for Feeney Manor residents.

Residents in need of assisted living and/or memory care have expressed increased housing satisfaction since relocating to Feeney Manor. One resident with a paraplegic injury formerly lived in a group home.  He had a small bedroom and shared the house with four others.  With little personal space and no planned activities, he often felt discontent and remained isolated in his room. This feeling was exacerbated after his only friend at the group home committed suicide.   Moving into the Thomas T. Feeney Manor allowed this resident to have this own apartment – his own home.  Flourishing at Feeney Manor, he has become an active member of his community. He often smiles at other residents and has taken on the role of "apprentice" security helper.  When the evening guard comes on duty, this resident and the security guard do all the rounds in the building together.  He shared with staff that he "feels like I now have a purpose in life" and looks forward to his future.

Cora McCorvey, MPHA Executive Director, noted that Feeney Manor has given former MPHA residents and other vulnerable low income seniors a new place to call home. Cost savings are another bonus. "This new facility not only offers dignity to our seniors, but provides services that save taxpayers and the community significant money. The costs of assisted living programs are considerably less than that of nursing homes," said Corvey.  According to the Department of Health and Human Services' National Clearinghouse for Long Term Care Information, in the Twin Cites the average cost of a private room in a Nursing Home is $5475/month.  In contrast, the average cost of residing in an assisted living facility is $3063/month.