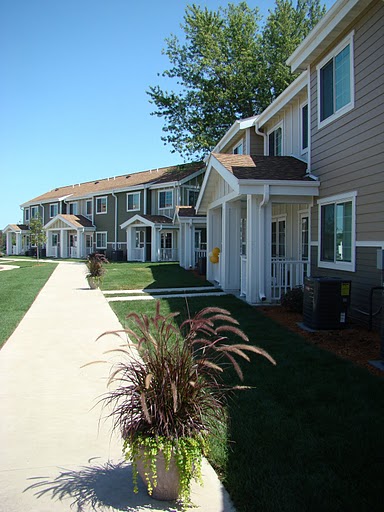 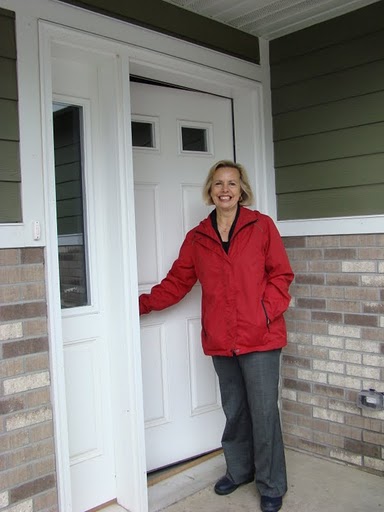 During difficult economic times and a tight rental market, locating affordable housing is challenging.  Living in a rural community, the small supply and high demand for units that fit a working family's budget further restricts housing choices. According to the 2012 Out of Reach report, an estimated 53% of renters in Blue Earth County are unable to afford a modest two bedroom apartment.  After the decommissioning of a public housing facility, Blue Earth County was at risk of losing valuable affordable units.  Through a partnership with Blue Earth County EDA and SWMHP, the community was able to retain federal funding for nine project-based Section 8 vouchers. Pairing this federal funding from the American Recovery & Reinvestment Act and the Minnesota Housing Finance Agency allowed Breckenridge Townhomes to become a reality.  This creative use of funds allowed the Blue Earth County EDA to replace the nine decommissioned public housing units with new, affordable units nearby. It also allowed for nine new affordable "tax credit" units.

SWMHP and Blue Earth County EDA worked closely with city, state, and federal agencies in creating the concept for the project and shepherding it through the development process- no small feat given the complicated financing of the project. The economic downturn in 2008 threatened the housing development, and its tax credit funding in particular, but the development partners persevered. In addition, the project provided a new opportunity to work with the Department of Natural Resources and Blue Earth County Environmental Services to restore a wetland and create a health-promoting amenity for residents and the community. Selection of the abandoned Eagle Lake site, the design process, and use of energy efficient construction materials meets & exceeds the Minnesota Green Communities criteria.

Breckenridge Townhomes is currently fully occupied. Residents and community members came out to celebrate the project's completion in July of 2011 and continue to express high satisfaction with the new housing resource in Eagle Lake.  With plans for a Walmart distribution center to be built nearby, the affordable units at Breckenridge Townhomes will continue to be a much needed asset for years to come.