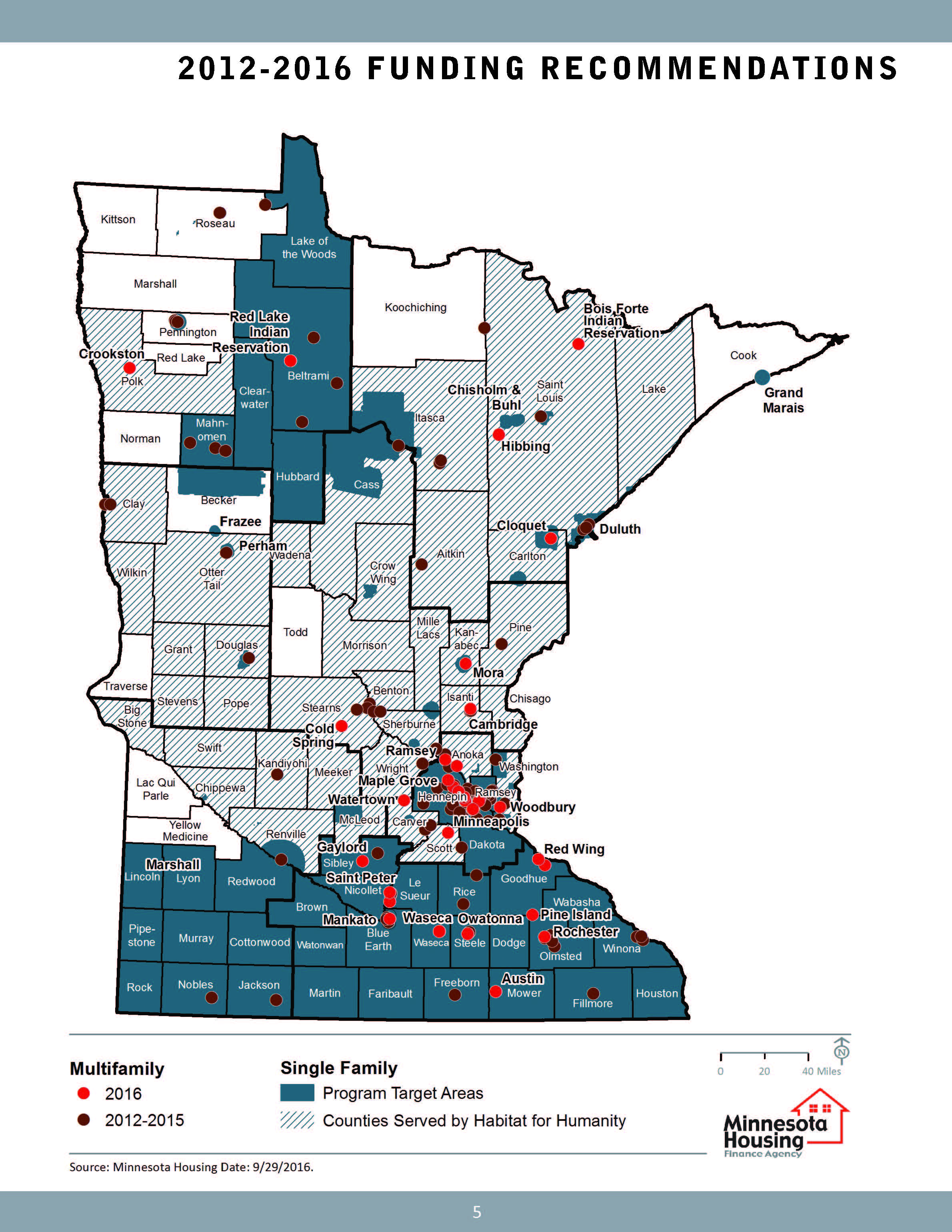 In April 2015, Janet Troutman-Simmons got news she could only describe as “devastating.” Along with scores of other seniors, the 89-year-old St. Paul resident faced the prospect of having to find new housing when the owner of Como By The Lake decided to discontinue acceptance of Section 8 vouchers.

Determined to save their homes, Troutman-Simmons and other tenants mobilized — and, with the help of advocates and private sector leaders, they brought in Aeon, a developer committed to keeping the building affordable.

“We were not folks looking for a handout, but people who had worked all of our lives in jobs civic and social, teaching and service, manufacturing and farming, educating our children while providing homes and, yes, paying our taxes,” Troutman-Simmons said last week. “At the end of the day there is just not enough money for a fancy retirement. And the country is full of such folks who deserve to live in decent, affordable housing.”

Recognizing the growing need for affordable housing in Minnesota, Governor Mark Dayton joined Housing Commissioner Mary Tingerthal at Como By The Lake — the community Troutman-Simmons and her fellow tenants fought to preserve — to announce the latest round of funding from the Minnesota Housing Finance Agency this week.

The $80 million in new affordable housing investments will leverage more than $300 million in private and local funding, and support more than 2,800 jobs. Those dollars will create or preserve more than 1,830 affordable units throughout the state. And MHP was heartened to hear that several projects catalyzed by our Housing Institute received awards.

“MHP has had the great pleasure of working with many leaders in Greater Minnesota who are striving to meet the growing need for affordable housing among new and longtime residents,” said Rosemary Fagrelius, MHP’s Community Development Director. “We’re disappointed that more of these critical projects could not be funded, but we’re delighted communities like Cloquet and Mora will be able to move forward on important projects for seniors and workforce housing.”

But, as Governor Dayton pointed out, too many important projects didn’t make the cut. 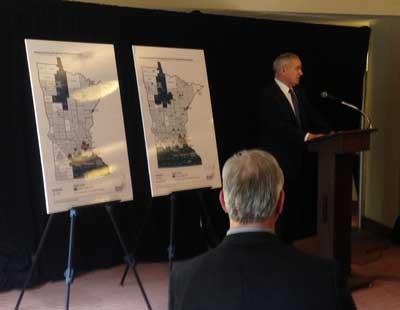 “This funding will stimulate jobs and economic development across our state, while providing housing for more Minnesotans in need,” Governor Dayton said (pictured right). “Unfortunately, without a bonding bill last session, the housing needs of 3,000 more Minnesota families will go unmet.”

Because of the lack of a bonding bill, the $80 million in funding this year is down from $92 million in 2015 and $161 million in 2014. And the need is going in the opposite direction. From 2000 to 2015, the number of households spending more than 30% of their income on housing increased 63 percent to more than 570,000 households. And this year, MHFA got more than $233 million in requested funding for projects throughout the state.

“The housing built and preserved with these resources is a smart investment in Minnesota’s future and will be an important foundation for success for kids, families and workers across Minnesota,” Tingerthal said. “We are battling housing costs that are rising faster than incomes. We must continue our commitment to provide more Minnesotans with access to affordable homes in communities of their choice.”

For MHP, that battle will continue at the statehouse during the upcoming legislative session, as we push for additional resources to close the gap between need and funding. “The reality is that because the Minnesota legislature was not able to pass a bonding bill last session, we are one year behind on addressing the housing needs of working families — and our workforce and economy will suffer because of it,” said Jeremy Schroeder, MHP’s Policy Director. “At the rate the state loses affordable housing every year, much more needs to be done if we are going to provide safe, affordable homes for Minnesota’s children, seniors and working families.”

For Troutman-Simmons, the seniors at Como By The Lake have become a family themselves — and she hopes the $3 million in tax credits for her community will serve as an example for the rest of the state.

“What you heard here today is the result of public and private entities and agencies working together to do the right thing,” she said. “As recipients of these efforts we hope a light shines on us to demonstrate what is possible when our citizens work hand in hand.”

Stay tuned in coming weeks for stories on some of the successful and stand-out projects in this funding round!