Minnesota had a projected surpluses of $9.3 billion in Fiscal Years (FY) 2022-23 and $6.3 billion in FY 2024-25. The divided legislature accomplished little, and nothing for housing. Lawmakers came into session far apart on how to spend and give back the surplus. The Senate GOP wanted to give permanent tax cuts. The House DFL wanted to support families by spending on targeted program investments.

In end-of-session negotiations, Governor Walz, Speaker of the House Melissa Hortman, and Senate Majority Leader Jeremy Miller overcame many of their differences by agreeing to a “global framework” to appropriate $4 billion over three years, provide $4 billion in tax cuts and credits, and leave $2.4 billion in reserves.

In Minnesota, lawmakers pass a balanced budget in odd years and are not obligated to pass supplemental spending bills in even-numbered years. Odd-numbered years are typically dedicated to passing a large bonding bill. No bonding bill was released to the public, so it is unclear how truly aligned or far apart the House, Senate, and Governor were on bonding.

After the announcement of the global framework, leadership struggled to agree on conference committee targets, which delayed the work of chairs and committee members to negotiate omnibus bills. The housing conference committee did not receive its $50 million spending target until the final week of the session.

In the final days of session, the House and Senate failed to reach agreement in major budget areas, including infrastructure (bonding), health and human services, education, and transportation. Leadership did not advance bills that had been agreed upon in conference committee for final votes once it became clear that all the pieces needed to enact the framework agreement were not going to be completed on time.

While the agreed upon (but not passed) tax bill included several important investments in housing, the issue ended the session in a very fragile state. Drafts of the housing omnibus bill and capital investment bill, which often includes Housing Infrastructure Bonds (HIBs), were never released—so it is unclear to what extent lawmakers found agreement on other housing investments.

Tax Bill…what could have been

A tax agreement was reached by House and Senate conference committee members but was not enacted into law. Housing-related provisions included:

A tax agreement was reached by House and Senate conference committee members but was not enacted into law. Housing related provisions included:

4d for land trusts: Made land trust homes eligible for the 4d property tax status at a .75 rate.

Workforce Homeownership Program: Captured $7 million annually of the growth in the mortgage registry and deed taxes to fund development of single-family homes.

Renter’s Credit: Converted the credit to a refundable tax credit on the income tax corm, instead of the separate property tax refund application process later in the year. Simplified the income definition used to qualify for and calculate the credit, changing from household income to Adjusted Gross Income.  This change also increased the refund amount for 60 percent of eligible households. The changes to the credit would have increased credits to renters by about $150 million annually.

Lawmakers agreed to a joint $50 million budget target for the housing committee. Had lawmakers passed the bill in time, housing would have received five times more in new spending than it did last year. Private offers were still being traded up until the last hour of the last day of the session. 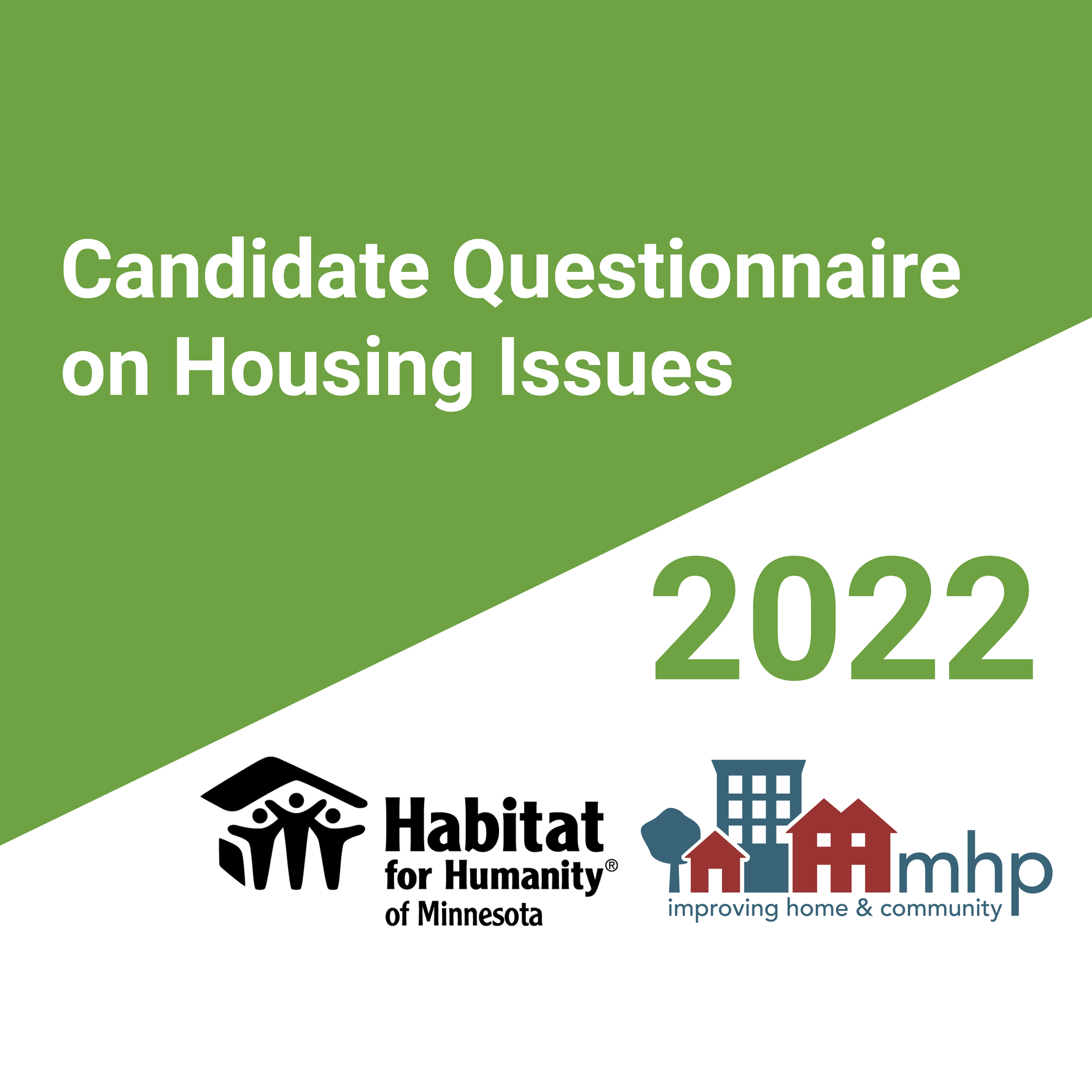