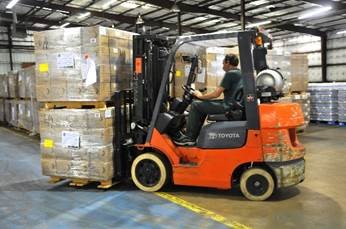 For several years, MHP has heard from community partners that the lack of available and affordable housing for workers in Greater Minnesota is an ongoing frustration which leaves renters competing for housing and constrains job growth. MHP believes that the Legislature has a role to play in addressing the near inability of the market to support development of workforce housing for lower and moderate income renters in Greater Minnesota.

With the November election shifting the political landscape at the Capitol towards Greater Minnesota issues, MHP, lawmakers, interest groups, municipal agencies and local officials wanted to make 2015 the session to boost Greater Minnesota workforce housing. Legislators considered several tools to increase the supply of rental housing in Greater Minnesota. While we were happy that workforce housing was touted as a top priority this year, we quickly became concerned by the direction lawmakers wanted to take; especially when proposals surfaced to cut Minnesota Housing’s Challenge Fund program to subsidize strictly market-rate development in the Department of Employment and Economic Development (DEED).

In addition to the funding for the Housing and Jobs Initiative in Minnesota Housing, the legislature also funded several DEED workforce housing programs for Greater Minnesota.

DEED Workforce Housing Pilot Update. The two-year Workforce Housing Pilot program, created in 2014 to develop workforce housing in select cities in Northwestern Minnesota, was allowed to carry over into the 2016-2017 biennium and received the remainder of its unspent funding ($1.373 million) from the currentbiennium. MHP and taskforce members also successfully persuaded legislators to increase the size of eligible grants from $400,000 to $1 million and to reduce the match dollars required from communities to make it easier to access these unspent funds.

DEED Workforce Housing Grant. Legislators also appropriated $4 million to create a new market-rate Workforce Housing Program in DEED. The program’s funds are available only to communities in Greater Minnesota where the lack of rental housing has negatively impacted an employer. The program’s chief architects created a strictly market rate rental housing program that explicitly excludes using the program’s funds with any income-restricted sources of funding. MHP and the taskforce actively worked against this restriction on communities in determining how best to meet their rental housing needs. Some communities will not be able to use this new housing resource because they would need to also utilize financing tools with income-restricted funds to finance projects. Some key eligibility criteria for the grant program as passed include:

Because the legislature did not approve a tax bill this year, no changes were made to tax policies that could support rental housing development for Greater Minnesota. However, several policy proposals were discussed at length and could resurface next year.

Workforce Housing Tax Credit. The Senate Tax Committee was very keen on creating a Workforce Housing Tax Credit to help spur market-rate rental housing development. Like the aforementioned DEED grant, the proposed tax credit could not have been paired with other sources of income restricted funding. While certain provisions of the tax credit would have ensured that units funded with this resource were affordable to the majority of workers, MHP and the taskforce will continue to educate lawmakers about the value of allowing communities to pair market-rate and affordable housing finance tools.

Both the House and Senate tax committees also proposed modifying the existing Housing TIF to permit building housing for families with higher incomes than those now served under the current TIF housing districts.