This first report, published in March 2018, analyzes data for approximately 50,000 unsubsidized rental units in properties with four or more units in Minneapolis from the CoStar database. Read the full report — and download graphics from our research.

Minneapolis, like much of the Twin Cities region, has a wealth of older apartment buildings that provide affordable housing for thousands of families in the private market — without any public subsidy.

Rents are increasing faster than inflation — and far faster than largely stagnant incomes for families renting in Minneapolis. Even for households earning 60% of area median income, average rent is hundreds of dollars more than they can afford.

New supply in the Minneapolis rental market has been almost exclusively at the higher end so the market is not producing units that are affordable to the lower income families who must compete in the rental market without rental subsidies. More than 70% of the new unsubsidized apartment buildings in Minneapolis constructed since 2010 have average rents starting at nearly $1,400 for a studio. 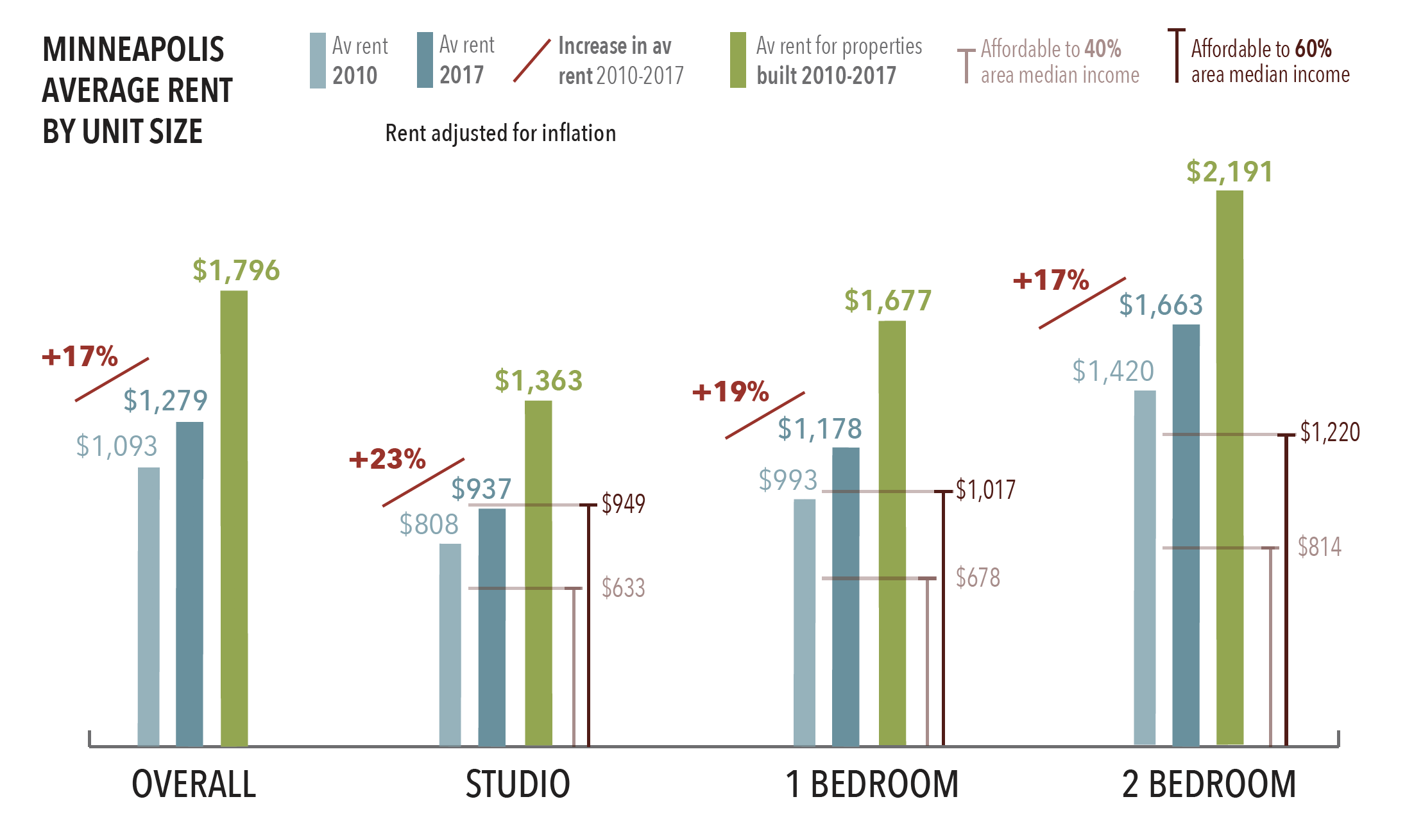 There’s a sizable gap between rents in Class C and Class B properties, providing potential incentive for new developers to purchase and upscale. Average rent in Class C buildings is $937 — 49% below the average rent for Class B buildings and 37% below the overall city average.

In many of the neighborhoods where there is the most multi-family rental housing, rents are increasing rapidly, with more than 20% rent growth (adjusted for inflation) from 2010-2017 in areas like Uptown and Downtown. Meanwhile, in some neighborhoods there are still significant numbers of affordable units, given minimal rent growth over the past seven years. 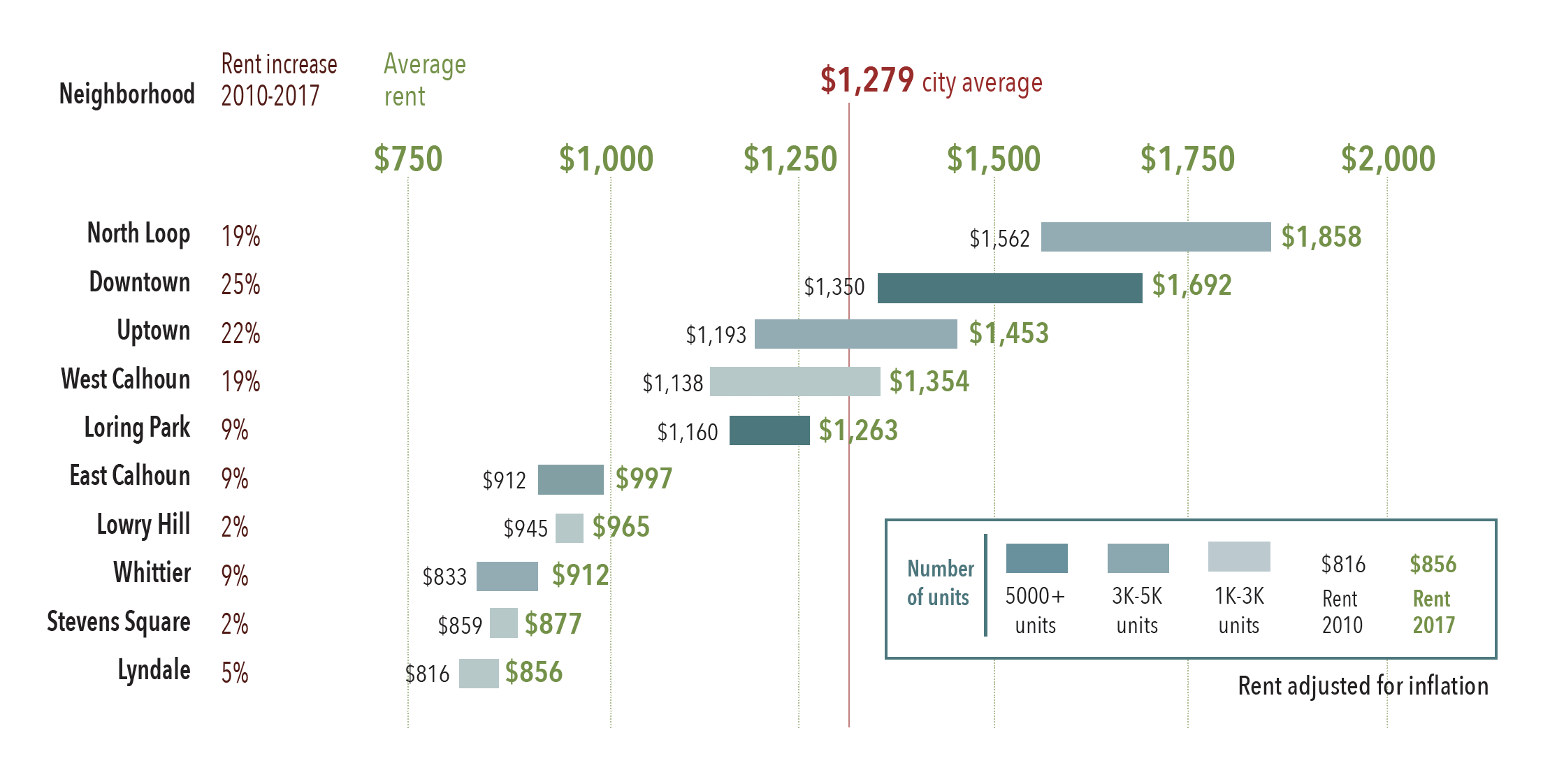 In neighborhoods like Whittier, there are thousands of apartment homes with modest rents affordable to low income renter households. These are well positioned for current NOAH preservation efforts that partner with private investors and nonprofit developers. Now is the time to invest in these programs to ensure these units stay affordable.

Whether the upscaling trend continues or is just a moment in time, we are in a critical moment to preserve affordability. There are many neighborhoods in Minneapolis where factors like increasing rent, decreasing vacancy, older apartment buildings and distinctions between Class C and Class B rents are putting affordability at risk for thousands of households that are already struggling to make ends meet.

Read the full report — and download graphics from our research.